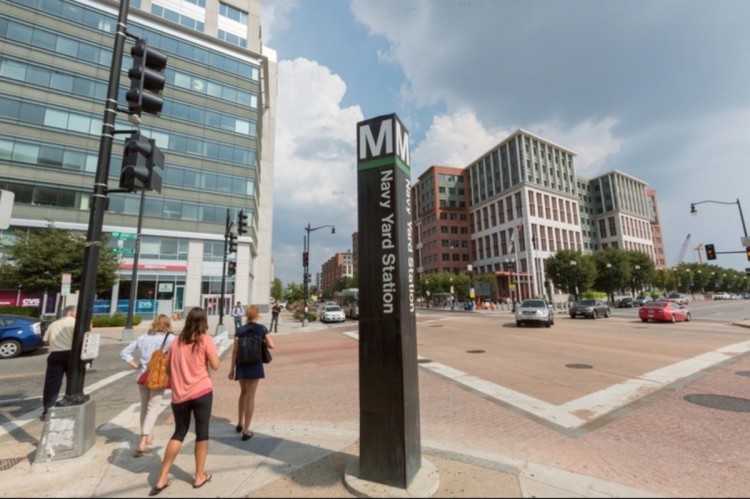 It may seem like old news in metro Atlanta, but a new demographic study of Washington, D.C. by the U.S. Census Bureau has determined that well-educated, high-earning young people disproportionately reside near a transit rail stop. 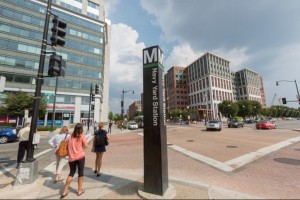 A Census study shows that rail stops in Washington, D.C. attract to nearby homes a high proportion of college-educated millennials who are highly paid. Credit: postlets.com

Economic development could become a larger part of the sales tax discussion. If it does, transit advocates may point to this Census study to contend that MARTA should be expanded in order to attract good jobs and a well-educated workforce.

The Census study is contained to one geographic area – Washington, D.C. and five surrounding counties. It doesn’t extrapolate the findings to other regions. The report was released in December 2015.

The results could not be more decisive. And it didn’t matter if the rail stop were in an urban or a suburban neighborhood.

“In both cases, young and highly educated workers disproportionately reside near rail,” the study noted in its conclusion.

In both geographies, about 40 percent of workers who lived within a half-mile of a rail stop were between the ages of 25 years and 34 years. In neighborhoods farther from a rail stop, workers were distributed more evenly across age groups, especially in the suburbs. 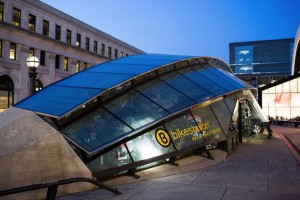 The rate of workers who ride a bike at least part way to work has doubled in Washington, D.C., as the transit system has provided bike storage areas. Credit: 2mstreet.com

College graduates account for almost 75 percent of all residents in neighborhoods within a half-mile of a rail stop. This is significantly higher than the region-wide rate of 55 percent of residents over age 25 with at least a bachelor’s degree.

In terms of earnings, almost a quarter of workers who reside near a rail stop earned at least $100,000 a year. Again, this finding was the same in both rural and urban neighborhoods.

In terms of who’s moving into neighborhoods near a rail stop, the Census study determined workers who had moved into the region from elsewhere during the past year favored rail-accessible neighborhoods. The rate was slightly higher for recent movers into the suburbs. For Washington, the rate of recent movers near a rail stop was 25 percent of the area’s residents. For the five surrounding counties, the rate was 28 percent.

Households without children account for more than three-quarters of all households located near a rail stop in both the city and suburbs. The rate was 84.1 percent in Washington and 79.1 percent in the five counties. 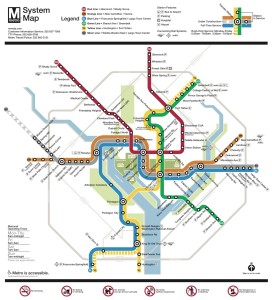 Of note, the paper did not mention the number of new homes that may have been built between the two periods the study examined. It could be that new apartments were built and became home to the young, affluent recent-movers to the neighborhood.

This is part of the explanation the paper provides: 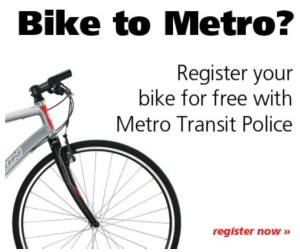 When it comes to the mode of commuting, workers who reside near a rail stop are more likely to commute by transit than workers who live farther than a half-mile from a stop. This category did show a difference based on whether the worker lived in the city or a suburb.

The rate of riding a bike at least part way to work nearly doubled between the two time periods that were studied. Bicycling rose from 2.4 percent to 4.6 percent. The study noted that the bike sharing program is expanding, and a growing number of bicycle docks are located near stations.

Metro Atlanta and metro Washington share similarities in demographic profiles that have evolved over the past decade.

In regards to bicycle sharing systems, Washington has one of the nation’s largest and Atlanta is fostering a nascent system.

Previous Article
How Did 2015 End for the Atlanta Housing Industry?
Next Article
Art and healing — paintings and stories of lives impacted by breast cancer (part 1 of 2)