A new center to promote cultural and economic exchange with the 55 nations of Africa is being promoted for the Centennial Olympic Park area of downtown Atlanta. 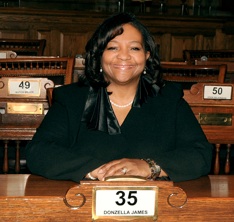 Sen. Donzella James (D-Atlanta) advocates the idea of establishing such a center in Senate Resolution 9, which she has pre-filed for consideration by the General Assembly once it convenes Jan. 14.

The proposed center is part of James’ much broader push for the state Department of Economic Development to foster relations with the 55 nations of Africa. The resolution outlines specific roles for Atlanta, Atlanta’s airport, the state port in Savannah, and the state of Georgia to play in the proposed relationship.

Highlights of those roles include:

The resolution doesn’t request a vast commitment of resources to achieve these goals. It does call on the department to work within its existing resources and legal capabilities to enhance trade and cultural relations with African nations.

The proposed location of the new center – somewhere near Centennial Park – would put it near both the proposed new Falcon’s stadium and the Center for Civil and Human Rights.

The legislation does not mention either of those facilities.

The state’s partner in these proposed efforts to promote trade with African nations would be the Africa Heritage Foundation. 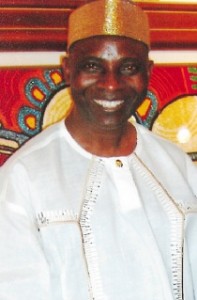 The foundation now is affiliated with Southern Polytechnic State University, in Marietta. The founder, president and CEO is Chief Tunde Adetunji.

Southern Polytechnic and the AHF established a formal agreement in 2011 that aims to “build bridges between the 55 nations of the Africa Union and the United States, in part through the creation of a network of universities on both continents,” according to a report on the school’s website.

The goal of the agreement is to create a network of universities on both the U.S. and African continents. More than 26 African nations are represented in the student body at Southern Polytechnic, according to the school’s report.

Senate Resolution 9 begins without fanfare and cuts to the chase immediately.

It opens with a single “whereas” clause, which is somewhat unusual in a Legislature where a longer warm-up is not uncommon:

From this paragraph, the resolution goes on to outline 22 recommendations for state officials to consider in promoting greater relations between Georgia and Africa.

James has taken an interest in affairs related to the African Diaspora.

Last year, James introduced a resolution in the Senate, SR 727, to create a study committee to focus on the threats to the culture, heritage, and land of Sapelo Island – which is home to what the resolution describes as a “significant community consisting of Geechee Gulah people.”

The resolution intended to get a handle on the development of the island, which is Georgia’s fourt-largest barrier island and is located in McIntosh County, just south of Savannah.

SR 727 never made it out of the Senate Committee on Natural Resources and the Environment, chaired by Sen. Russ Toleson (R-Perry). The proposal died at the end of the 2012 legislative session.