A constellation of plants and animals native to Georgia’s coastal plain will have a place to simply exist on 16,083 acres that private partners and the state are protecting from development along the banks of the Satilla River, near Brunswick. 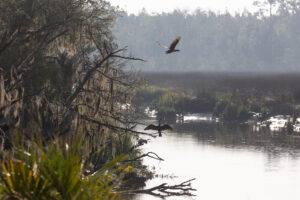 ‘The list goes on and on,’ avian researcher Maria Whitehead, now a senior program director with OSI, said of the bird species that live in Ceylon. Credit: Mac Stone, courtesy of Open Space Institute

“It’s just a gem of a property,” said Maria Whitehead, the Open Space Institute’s senior program manager for the Southeast.

OSI and The Conservation Fund purchased and are holding the Ceylon Wildlife Management Area until Georgia buys all of it. Private donors provided funding and the property is open now to those willing to traverse the remote area named in the early 1900s for Ceylon, an agricultural exporting country now known as Sri Lanka.

Georgia is in process of buying 5,651 acres, according to minutes of the May 25 board meeting of the Georgia Department of Natural Resources. This purchase will bring about two-thirds of the total acreage into state ownership. A celebration is being planned for early September.

Though this new wildlife area is nearly 300 miles from metro Atlanta, and has been overlooked for so long that it has zero structures, it’s relevant across Georgia for both its environmental features and the economic impact resulting from its very lack of development, according to Andrew Schock, Georgia state director at The Conservation Fund. 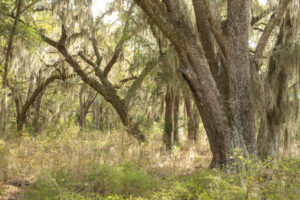 Ceylon is devoid of structures, other than a few cemeteries and artisan wells. Credit: Mac Stone, courtesy of Open Space Institute

Schock led the negotiations in 2019 to purchase the land from Dallas-based Stratford Land. The company planned a residential resort community similar to one on an equally remote spot along the Wilmington River, in North Carolina, where house prices in the River Bluff planned community are to reach above $1.5 million, according to a page on River Bluff’s website.

According to Schock, the environmental features at Ceylon include one of the best remaining examples of coastal longleaf pine and a vulnerable species that depends on these trees – the gopher tortoise.

Whitehead, an avian researcher, paints a picture of wood storks, an abundance of wetland bird species, and at least one red–cockaded woodpecker that she has seen with her own eyes and hopes isn’t the only one.

“The list goes on and on,” Whitehead said of the bird species, before turning to describe a landscape of salt marsh and maritime forest and longleaf pine. Like Schock, she focused on the colonies of gopher tortoises. These colonies bring Georgia close to the number colonies it needs to identify and protect to keep the federal government from listing the species as endangered. The effort includes work by the public/private partners in the Gopher Tortoise Conservation Initiative. 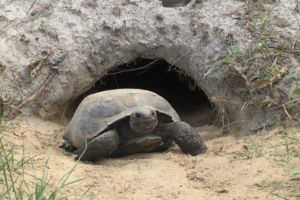 Georgia’s state reptile, the gopher tortoise, is among the creatures that will be protected in the Ceylon Wildlife Management Area. Credit: Emily Ferrall/Georgia DNR.

Ceylon’s economic impact includes protection of the Navy’s Kings Bay submarine base, Schock said. The base is its own city, creating significant economic impact in Camden County and the Jacksonville, Fl. area with a population of 50,500 (Census, 2010), according to a Defense Department report.

The sub base was threatened by the former owner’s plans for a mixed use, residential planned community called Ceylon Bluffs, which Whitehead said included plans for 20,000 residences, 3 million square feet of commercial space, and a marina. The marina could have served boats of all speeds and sizes, up through the 50-foot-plus range, because of deep water – upwards of 20 feet – all the way to the Atlantic Ocean.

That much density, that close to the base, could have been used by detractors to portray the base surroundings as too crowded to be viable for such a strategically important sub base, Schock said. Base closures always are possible, and Congress could move ahead at any time with another round of base closures, as required in the 2019 federal defense funding act. Proceedings to close bases have since been forestalled, but Georgia has a committee preparing the state’s response to proposed closings. 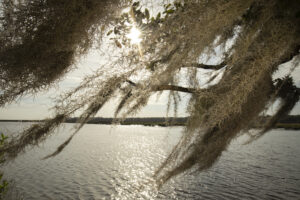 Whitehead made certain to elaborate on the Navy’s support of the site acquisition when she listed partners in the project, in addition to OSI and The Conservation Fund and their supporters.

“Conservation is a team sport, and the whole team was there,” Whitehead said. “The Nature Conservancy of Georgia helped secure funding and partners. Georgia DNR has been invaluable. And the Navy. The Kings Bay submarine base came in as a partner with Readiness and Environmental Protection Initiative, REPI, funding through the Department of Defense that helps protect natural habitat close to military installations. This was a win-win for environment and defense.” 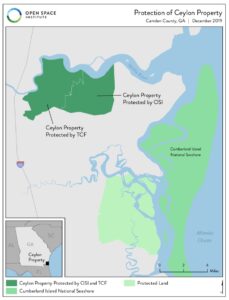 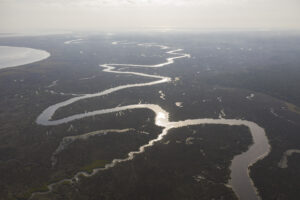 The wetlands of the Ceylon area are expected to help control flooding during rain events. Credit: Mac Stone, courtesy of Open Space Institute 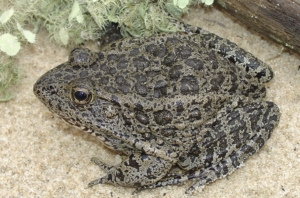 The gopher frog has become rare in Georgia and has been spotted in the Ceylon wilderness area. Credit: Dirk Stevenson/Altamaha Environmental Consulting 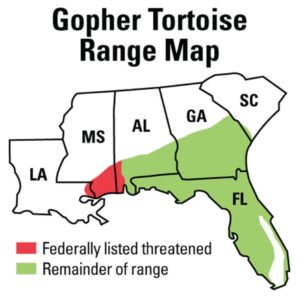