President Joe Biden delivering the State of the Union Address on March 1, 2022. (Image via Wikimedia.)

This is a challenging time to be a business owner. According to the Georgia Restaurant Association 12 percent of Georgia’s restaurants closed permanently in 2020 due to the Covid pandemic. An analysis by the rating platform Yelp shows Georgia has suffered more permanent business closures than 40 other states.

Just as Georgia’s large and small employers have adapted to conducting business during a pandemic, along comes a supply chain crisis, record inflation and a persistent worker shortage.

Congress could help Georgia businesses by permanently killing a particularly dangerous piece of legislation called the Protecting the Right to Organize (PRO) Act, a major overhaul of America’s workplaces that grants far too much power to labor unions. While the PRO Act itself never passed the U.S. Senate, its proponents ceaselessly continue to amend its most job-killing provisions to otherwise popular bills. 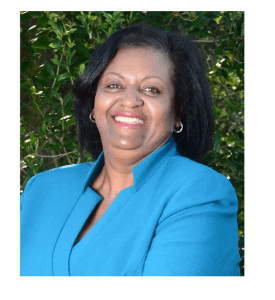 Joe Biden called for passage of the PRO Act during the State of the Union this month.

One provision of the PRO Act would abolish state right-to-work laws, forcing workers to pay union dues or risk losing their jobs. Georgia is a right-to-work state so, under this provision, 3.7 million Georgians would be forced to pay union dues averaging $805 per year if their workplaces unionized. The 136,000 Georgians who already belong to a union would lose the choice of whether or not to submit dues.

Right-to-work states have made a policy decision to be more prosperous. According to an analysis by the U.S. Chamber of Commerce, right-to-work states have lower unemployment rates on average, more robust private sector growth, faster rates of personal income growth and more growth in manufacturing jobs. Georgia would lose these benefits if the PRO Act were to become law.

Another provision of the PRO Act would require employers to turn over employee personal information, like their home address and personal phone number, to union organizers without the consent of the employee. In an age when employers and employees are concerned about cyber security, this is alarming.

Yet another provision would eliminate the secret ballot in union elections, in favor of a process where votes are revealed to everyone. Both of these provisions subject Georgia’s workers to threats and intimidation in and out of the workplace.

The PRO Act also contains a provision that empowers the National Labor Relations Board (NLRB), the government agency that enforces labor laws, to impose civil penalties on large and small businesses that are ruled to have committed unfair labor practices.

The federal bill defines these practices in vague terms, leaving open the possibility that innocent mistakes could be penalized heavily. For example, the misplacement of a union election poster could result in fines ranging from $50,000 to $100,000. This is a radical change in the mission of the NLRB, which was designed as a remedial agency, not a punitive one. Tellingly, no fines at all would be imposed on unions when they are found to have committed violations of their own.

The measure also grants the NLRB more authority to overturn the results of union elections regardless of how workers voted. Georgia’s workers should be able to join a union if they want to. But they should not be forced to join a union, especially if they have deliberately voted against forming a union in their workplace.

Georgia’s Black-owned businesses need our two United States Senators to step up and oppose all efforts in Washington to revive the PRO Act in whole or in part.

Would you like to write a guest column for SaportaReport? The SR team strives to uplift and amplify the diverse perspectives in our community, and we want to hear from you! Email Editor Derek Prall to discuss the specifics of publishing a guest column.

The Atlanta Business League releases list of 100 women making a difference in their industries and communities
Allison Joyner October 24, 2022 4:15 pm