The United States could find great return by focusing more of its attention on developing economic ties with Latin America in addition to its regular relations with China, Russia and Europe.

That was the underlying message that Charles Shapiro, the new president of the World Affairs Council of Atlanta, shared Monday with the Rotary Club of Atlanta. 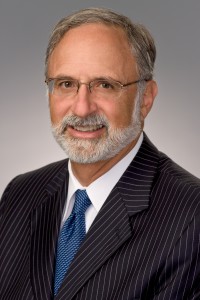 Shapiro began his new role at the World Affairs Council in September after a long career in the foreign service where he held numerous positions, including as the U.S. Ambassador to Venezuela and as principal deputy secretary for the Western Hemisphere. Other foreign postings included Chile, El Salvador, Trinidad and Tobago, and Denmark. In 2011, Shapiro left the foreign service to become president of the Institute of the Americas, a think tank at the University of California San Diego.

In his Rotary talk, Shapiro gave an overview of Latin America – describing it as “The Winners. The Losers. And the Question Mark.”

To summarize, Latin America is a market of 588 million people with a gross domestic product of $5.7 trillion.

So first the winners:

Mexico: “Our economy and the Mexican economy are completely intertwined,” Shapiro said of the country of 120 million people that is on the southern border of the United States. Despite problems of violence and corruption, the country’s economy is undergoing reform, especially in its energy sector.

Colombia: The country of 50 million people has the third largest economy in Latin America, and it is one of the fastest growing ones. The government is negotiating a peace agreement with the “guerrillas” who have made the country unstable.

Peru: The country of 30 million people is investing heavily in its energy sector, but its main challenge will be in reducing its poverty.

Chile: “It is a star student,” Shapiro said, adding that it is one of the smaller countries in Latin America. It has one of the highest GDP per capita at $17,000.

The common denominator among the winners is that are all on the Pacific coast of South America, and they have formed the Pacific Alliance.

Cuba: With 11 million people, the whole country’s GDP is on par with Hartford, Ct. “Cuba has a tiny economy,” Shapiro said.

Venezuela: “Relations were terrible when I got there and worse when I left,” Shapiro said. It has the world’s largest oil reserves, but it also has an extraordinarily high inflation rate of between 60 to 90 percent. “The economy will decline by another 3.5 percent this year,” he added.

Argentina: With 43 million people, its economy continues to flounder despite its shale oil and gas potential. “What’s keeping Argentina from being successful is Argentina politics,” Shapiro said.

Brazil: It has 200 million people, yet the economy grew by half of 1 percent last year , and it is expected to do the same this year. Its territory is as large as the continental United States, but it is not clear whether its economy will become stable enough to prosper.

Shapiro then returned to Mexico, which has about a third of the population as the United States but graduates nearly as many engineers.

“We export twice as much to Mexico as we do to China, and China has 10 times as many people,” said Shapiro, adding that our top two trading partners are Mexico and Canada.