Cynthia Day, COO of Citizens Trust Bank, joins the board of Aaron’s Inc. as only woman

Aaron’s Inc. has elected a woman to its all-male board — fulfilling a commitment that founder Charlie Loudermilk had made 18 months ago.

“We are extremely pleased to welcome Cynthia as a member of our board of directors,” said Robin Loudermilk, CEO and president of Aaron’s, in a statement.

“Cynthia has achieved remarkable success as the first woman to hold a COO position with Citizens Trust,” Loudermilk continued. “Her 20-year career in banking and finance is a testament to her keen business sense and will be a tremendous asset to our board. We look forward to drawing upon her expertise as we continue to grow and expand.” 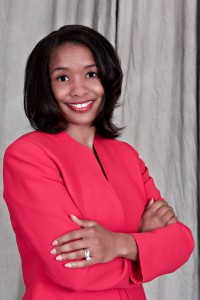 The Aaron’s board has been a prestigious one with key Atlantans on its board, including architect/developer John Portman. Atlanta Braves President John Schuerlolz and former Delta Air Lines CEO Ron Allen.

This is not the first time that Aaron’s has had a woman on its board. Coca-Cola Co.’s Ingrid Saunders Jones served as a director, but she stepped down years ago.

Day has received several recognitions, including the Atlanta Business League’s Top 100 Black Women of Influence and “Wonder Women” from the Atlanta Tribune.

She also has been involved in several organizations including the National Banker’s Association, the Georgia Society of CPA’s, the University of Alabama Continuing Education Advisory Board, the American Liver Foundation and the United Negro College Fund.

Day graduated from the University of Alabama with a degree in business administration and accounting. She and her husband, James Day, live in Smyrna.

Until Day’s election, Aaron’s was one of seven of Georgia’s Top 50 publicly-held companies that did not have a woman on its board.

Previous Article
GRTA vs. MARTA, etc.: Transit funding confounds board
Next Article
No matter how many statistics, ‘Moneyball’ doesn’t add up