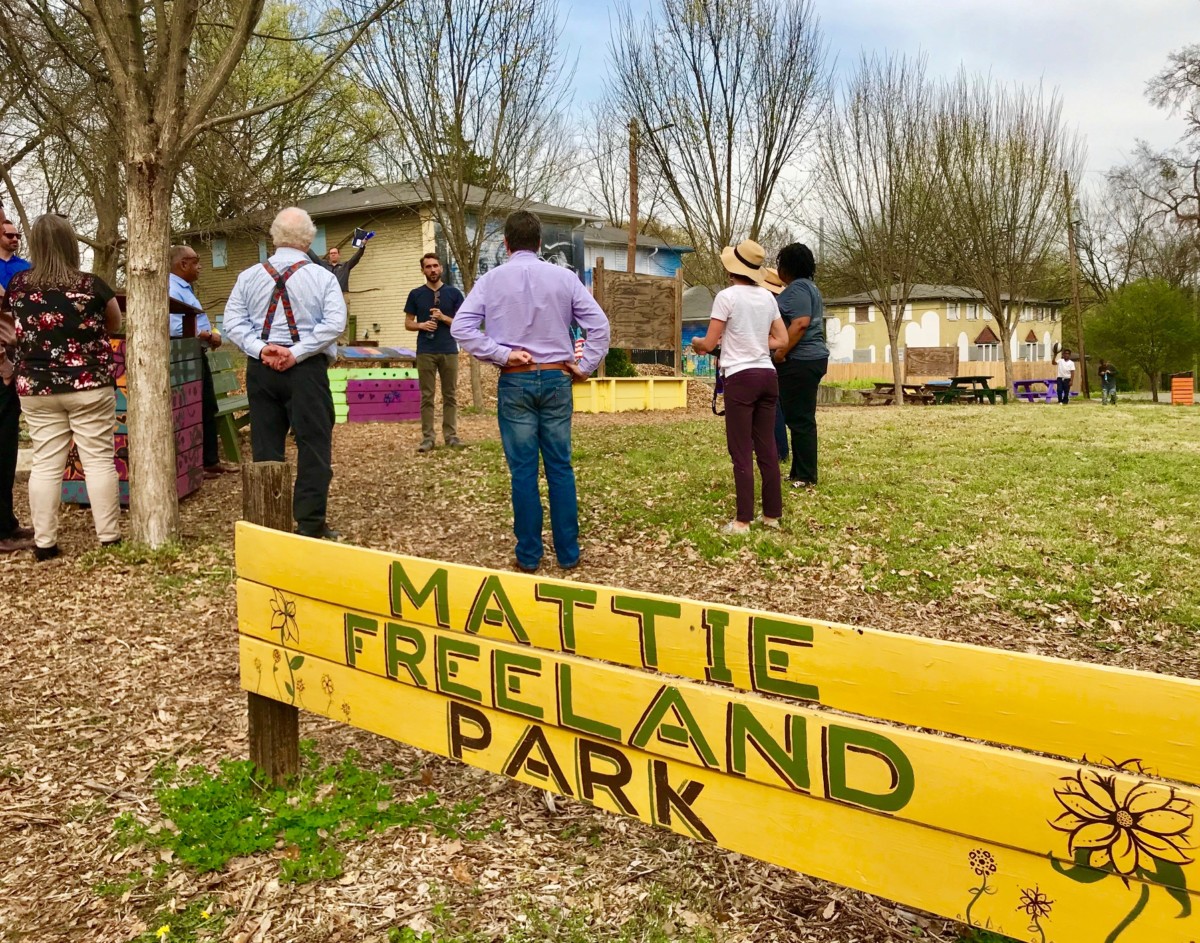 It’s such a simple notion.

Atlanta can greatly add to public green space and parks by partnering with the Atlanta Public Schools to open up school property to the public.

The idea is getting traction in Atlanta. The city of Atlanta, the Trust for Public Land, Park Pride, the Urban Land Institute-Atlanta and the Atlanta Public Schools are about to launch a pilot program that would welcome the public to use school grounds after hours and on weekends. 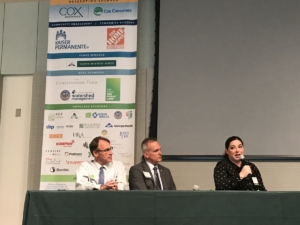 The pilot will include at least 10 schools over the next three years – three in the first year, three in the second year and four in the third year. Also, a corporate donor has expressed interest in an 11thschool – Washington High School – being part of the pilot program.

At Park Pride’s annual Parks and Greenspace conference – “Parks are the Heart of Community” – on March 25, a panel highlighted the emerging partnership between the city and APS.

A few takeaways. Atlanta’s ParkScore – the percentage of Atlantans who live within a 10-minute walk of a park – is only 66 percent – meaning 34 percent of the city’s residents do not live within walking distance of a park.

If Atlanta’s schools were open to the public, the city’s ParkScore would jump to 79 percent, according to George Dusenbury, state director for the Trust for Public Land in Georgia.

“The goal is to have a joint-use agreement between the city and APS,” Dusenbury said. “APS has been great.”

Rachel Sprecher, executive director in the Office of Partnerships and Development for the Atlanta Public Schools, said APS is the largest landowner in the city. She said there are a lot of questions that need to be answered before opening up all of the city’s schools to the public. Will there be fences? Who is going to do security? Who is going to maintain it? What about liability? Who will be responsible for programming?

“The issues are maintenance, liability and safety,” Dusenbury summarized. “The goal of the pilot program is to show how those issues can be addressed.”

TPL and APS, in partnership with ULI-Atlanta, Park Pride and the city of Atlanta’s Parks Department, identified a number of schools that are in areas of the city that are underserved with parks. They approached principals at those schools to see if they would be receptive to participating in the pilot program. 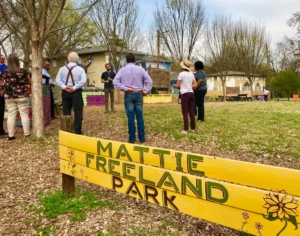 Site visits currently are underway to determine the first three that will be part of the pilot, and a decision should be made within the next month.

Another key issue is equity. Some communities in Atlanta are park rich and other are park poor. Incorporating the grounds of public schools would provide public green space in areas throughout the city.

“Equity is about making sure all of our communities have access to parks,” Atlanta Mayor Keisha Lance Bottoms said at the opening of the conference. “I signed on with 150 mayors across the country to have parks and open space within a 10-minute walk of each person in the city of Atlanta.”

New York Parks Commissioner Mitchell Silver, a keynote speaker at the conference, said taxpayers own both – the city’s land and the school system’s land.

Later, in an interview, he said it was just wrong to seal off the land around schools from the public.

“The public pays for it but yet they don’t have public access to it,” Silver said. “It’s a resource that is not available to the public.” 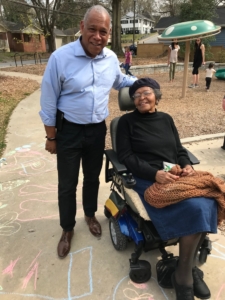 New York City has been busy turning asphalt “parks” into green parks with amenities that nearby residents can enjoy.

“It’s not just about the walk to the park. It’s about quality,” Silver said. “We are not just designers and planners. We are experience builders. Atlanta, you have a lot of asphalt. We need to rethink how we look at the public realm.”

Sprecher was especially interested in how the pilot partnership could include “safe routes to schools” – providing safe sidewalks and trails so that children can walk or bike from home to their schools.

As Dusenbury said, cities don’t exist in silos. The Atlanta Parks Department has been able to partner with the city’s Department of Watershed to provide spaces that are both parks and storm water retention facilities – think Historic Fourth Ward Park and the new Cook Park on the Westside.

The same can happen between the parks department and Atlanta’s public schools.

“I was surprised we didn’t have a partnership with the Atlanta Public Schools,” said John Dargle, city’s relatively new parks commissioner. “When you do, you get safer playing conditions, and you get greater equity.

Later Dargle added that the we “need to make a seamless campus between our city and schools. Take down fences or lower them. An inactive space is not a safe place. If we show positive results through the pilot, others should follow.”

In order to fund the pilot, Dusenbury and TPL are approaching philanthropic and corporate donors – seeking $1.5 million to fund the pilot program for the first three years with 10 schools. Seeking funding for green space and kids is actually “a sweet spot” that’s appealing to potential donors, he said.

“We are going to engage the school and the community to design the spaces,” Dusenbury said. “It could be pavilions, benches, trails, water fountains and other park-like amenities – so it functions like a park. We are looking to enhance underutilized green space around those schools.” 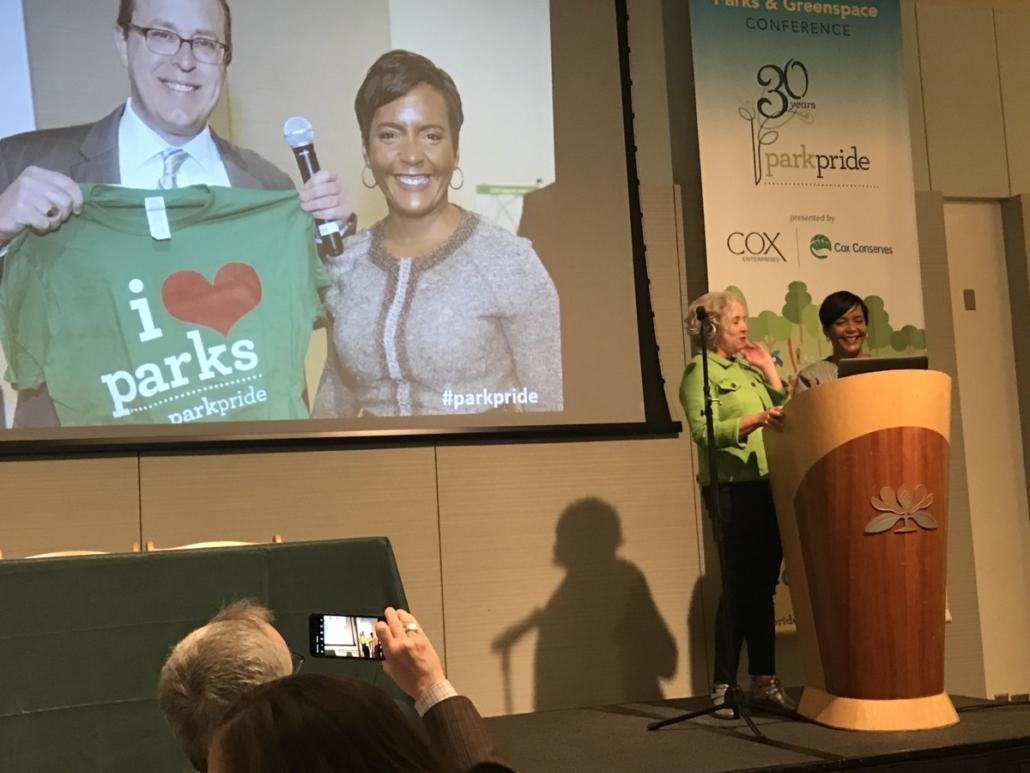 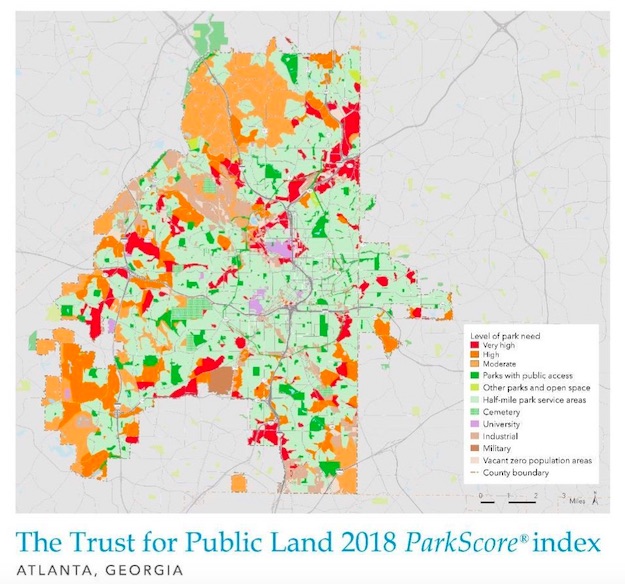 A 2018 map of Atlanta ParkScore rankings Areas in orange and red do not have a park within a 10-minute walk in the community (Source: Trust for Public Land)