Civic elders ask millennials to engage with community; How will they respond? 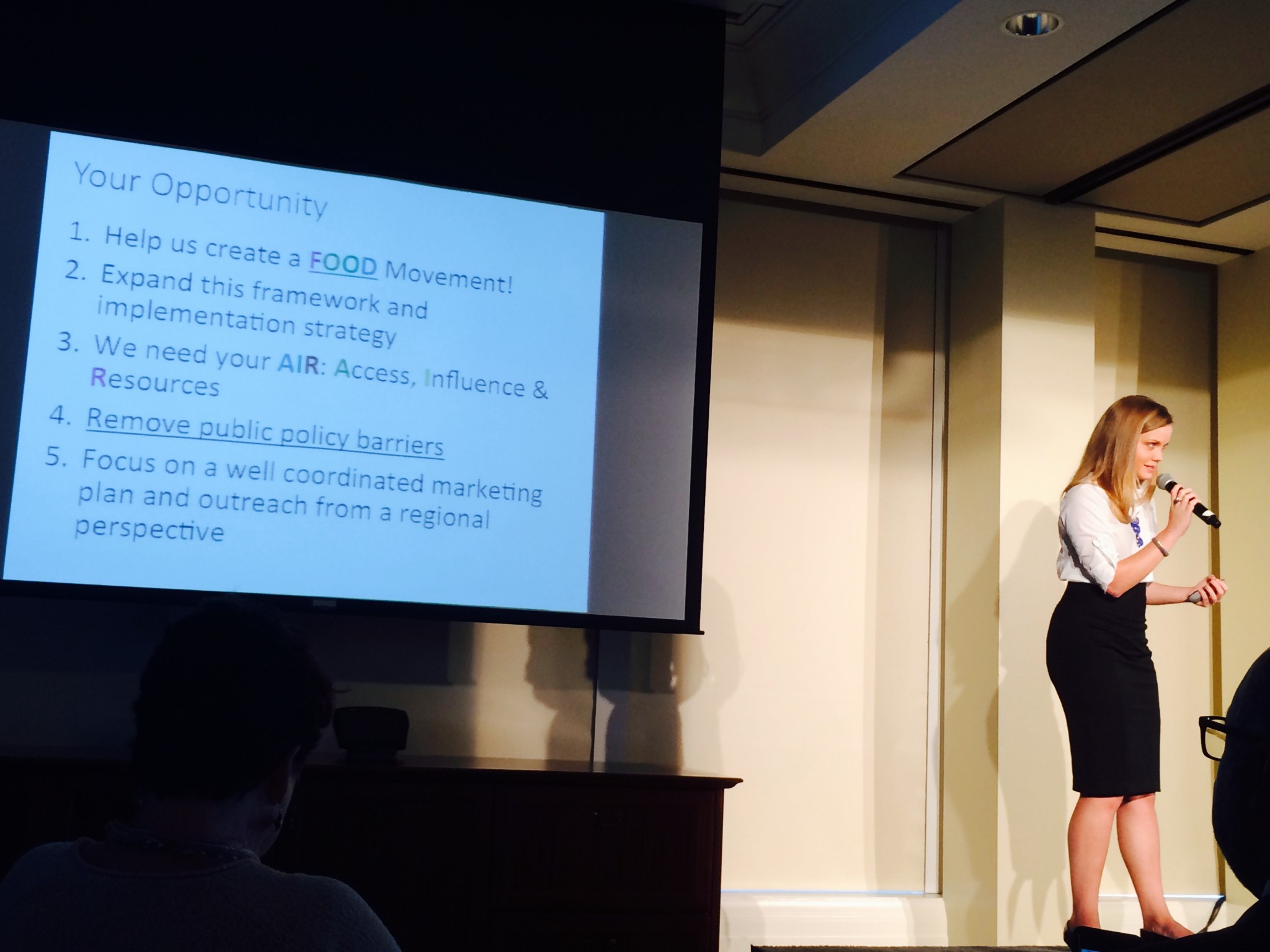 Allison Bustin presented recommendations, at the ARC’s Millennial Mixer, to ensure access to healthy food throughout metro Atlanta. The ideas reflect the sense of collaboration that is a characteristic of the millennial generation. Credit: David Pendered

This may be a breakout year for millennials in metro Atlanta because the region’s current leaders are actively encouraging young folks to join them in the public realm. One question is the form the relationship will take. 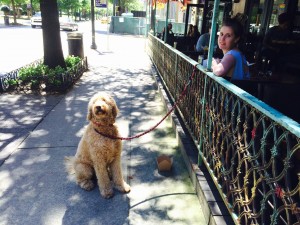 Metro Atlanta civic leaders are seeking to ways to engage millennials such as Sarah Ayres in the public arena. Ayres was in a Midtown cafe while Pony was served on the sidewalk. Credit: David Pendered

Bill Bolling didn’t mince any words in his comments to more than 100 young professionals assembled by the Atlanta Regional Commission to bring their fresh eye to eight challenges facing the region. Bolling now heads the Food Well Alliance after founding and running the Atlanta Community Food Bank for more than 35 years.

“We want you to lead the effort,” Bolling said. “To begin to map who your allies are. The ARC is one; Community Foundation is one; the Food Well Alliance is one. To start mapping progressive policy makers in government, business. At the end of the day, it has to be a business proposition. You’re going to say that, because you’re going to say, ‘This is what we want; this is what we demand.’”

For some baby boomers, the millennials’ response to Bolling’s challenge may present a case of, “be careful what you wish for.” According to a White House report issued in October 2014, all indications are that millennials have the education and social skills to win their case when they engage in an issue:

However, the millennials face a challenge that may impede their ability to engage in politics or community-building events: college debt. Finding time for community activities might not be possible for a millennial facing a monthly payment on a student loan in addition to other costs of living.

To get greater numbers of this generation into the fold, the Gwinnett Chamber has revamped its youth outreach program. The chamber has partnered with Georgia Gwinnett College to ramp up Gwinnett Young Professionals, a mentoring program.

“Our mission is to attract millennials to the chamber when they first enter the workforce and engage and empower them through community, professional and social opportunities,” Sean George, manager of membership services at the Gwinnett Chamber and program manager of Gwinnett Young Professionals, said in a statement. 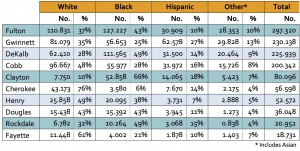 Metro Atlanta mirrors the national trend of millennials being the most ethnically and racially diverse cohort of youth in the nation’s history, according to an ARC survey. Credit: ARC

This strategy, of focusing an outreach program on millenials, is one of the recommendations of a report commissioned by the ARC. The Millennial Report is part of the ARC’s New Voices program, which aims to promote meaningful conversation among millennials on topics related to the future of metro Atlanta.

ARC sponsored the event where Bolling made his comments to nearly 100 millennials. The Millennial Meeting, on Sept. 14, was the forum at which eight working groups of millennials turned their attention to regional problems – transit; access to healthy food; affordable and livable centers; mentorships at every stage of life; education; uniting the region; and promoting regional cooperation.

ARC Chairman Kerry Armstrong told the young professionals that current leaders are looking to them for ideas, and ways to implement them.

“I want to reiterate the high expectations we have of this group,” Armstrong said at the start of the meeting. “What we hear tonight is extremely important to all of us.”

At the end of the meeting Armstrong echoed Bolling’s sentiment: “How do we keep the momentum up? All you groups are going tell us, and we’re going to listen.” 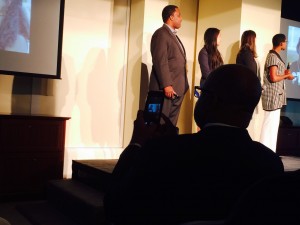 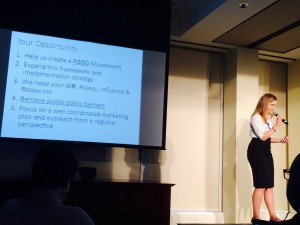 Allison Bustin presented recommendations, at the ARC’s Millennial Mixer, to ensure access to healthy food throughout metro Atlanta. The ideas reflect the sense of collaboration that is a characteristic of the millennial generation. Credit: David Pendered