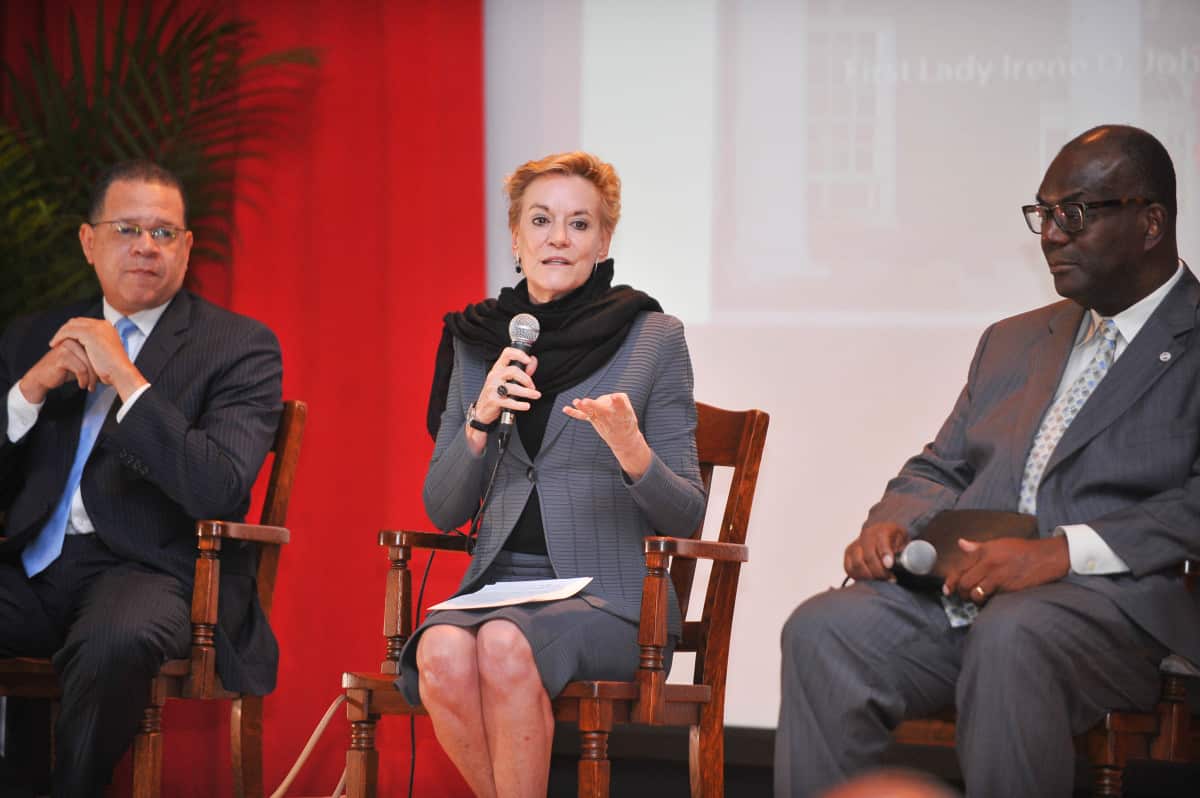 In a recent interview, the relatively new president of CAU – Ronald Johnson – said there’s a disconnect. Too often, people with lower incomes also are not engaging with the fastest growing parts of the economy. But Johnson and his CAU team are hoping to change that.

As an example, he mentioned one new venture that’s coming to the campus under the leadership of Carlton A. Brown (not the former CAU president), who specializes in vertical farming.

“We are position a vertical farm on our campus to grow organic cilantro and organic kale,” Johnson said. “We are working on an arrangement with him and his partners to do the prototype here. We want to have the ability to produce more with less.” 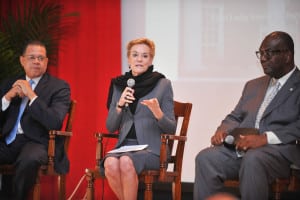 As more people are gravitating to cities and as climate change is shifting our agricultural areas, Johnson said that vertical farming can be part of the solution. By getting students to become more involved with innovative ventures, Johnson hopes to help “solve some of the problems of the wealth gap.”

Clark Atlanta currently has 3,661 students. “We are the largest UNCF-supported institution by far – by the number of students,” Johnson said of the United Negro College Fund, which provides some direct funding as well as student scholarships.

Like many other institutions, Johnson said Clark Atlanta relies primarily on tuition and fees as its primary source of revenue.

“We have to accelerate our research,” said Johnson, adding that federal and state grants are not as lucrative as they’ve been in the past. If Clark Atlanta is going to accelerate research, it will need to negotiate contracts with companies and corporations – turning the university into more of an innovation center.

Currently, Clark Atlanta’s endowment is $72 million, and Johnson would like to see it become larger so it can become another source of revenue for the institution. It also would like to encourage greater development of intellectual property and offer incubation opportunities for start-ups. 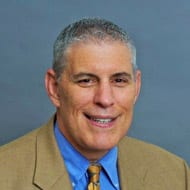 On April 23, CAU held a hack-a-thon for students from all the Atlanta University Center institutions as well as area high schools. Also, CAU student entrepreneurs presented their ventures and were judged in a business pitch competition.

“This Summit is a first step on the path toward developing a national vision and strategy of inclusive competitiveness that will empower the next generation of job creators,” Johnson said in a statement announcing the Summit.

And Johnathan Holifield, author of “The Future Economy and Inclusive Competitiveness” and co-founder of ScaleUp Partners LLC, shared his insights on developing inclusive economic ecosystems – discussing the growing national movement of inclusive competitiveness.

Johnson said Clark Atlanta will be in the market next year for a permanent business dean. “The business school is at the forefront of our university,” Johnson said, who would like CAU students to get “stackable credentials” – multiple certificates demonstrating that they have more employable skills.

“Discussions of economic inclusion and empowering underrepresented populations in today’s economy have traditionally centered upon workforce development while overlooking the extraordinary inherent value, unparalleled momentum and segmented growth of entrepreneurship among African-Americans and other peoples of color,” Johnson said. 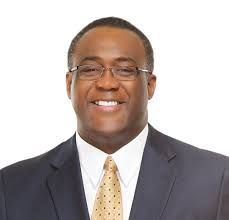 Johnathan Holifield, author of the book: The Future Economy and Inclusive Competitiveness

Holifield has been working with Bruce Berger, who followed Johnson to Atlanta to become director of the Center for Innovation and Entrepreneurship Development.

“The Summit idea is to take a concept and paradigm that Johnathan has put together – to create a competitive global economy with a strategic plan of inclusion and diversity,” Berger said. “Johnathan is the architect of inclusive competitiveness. We want to put people to work who live in disconnected communities. We have been talking about developing an Institute of Inclusive Competitiveness here.”

Meanwhile, Johnson also said the AUC institutions are looking at best practices of how universities can become partners in their surrounding communities. He referred to it as developing a “university city” in the west side communities.

“We are committed to being stewards of place,” Johnson said. “I see it as an opportunity to change the way in which development occurs. If people are interested in profiting, they can profit. But at the same time, we have to make sure that the profits are not on the backs of the people in place.”