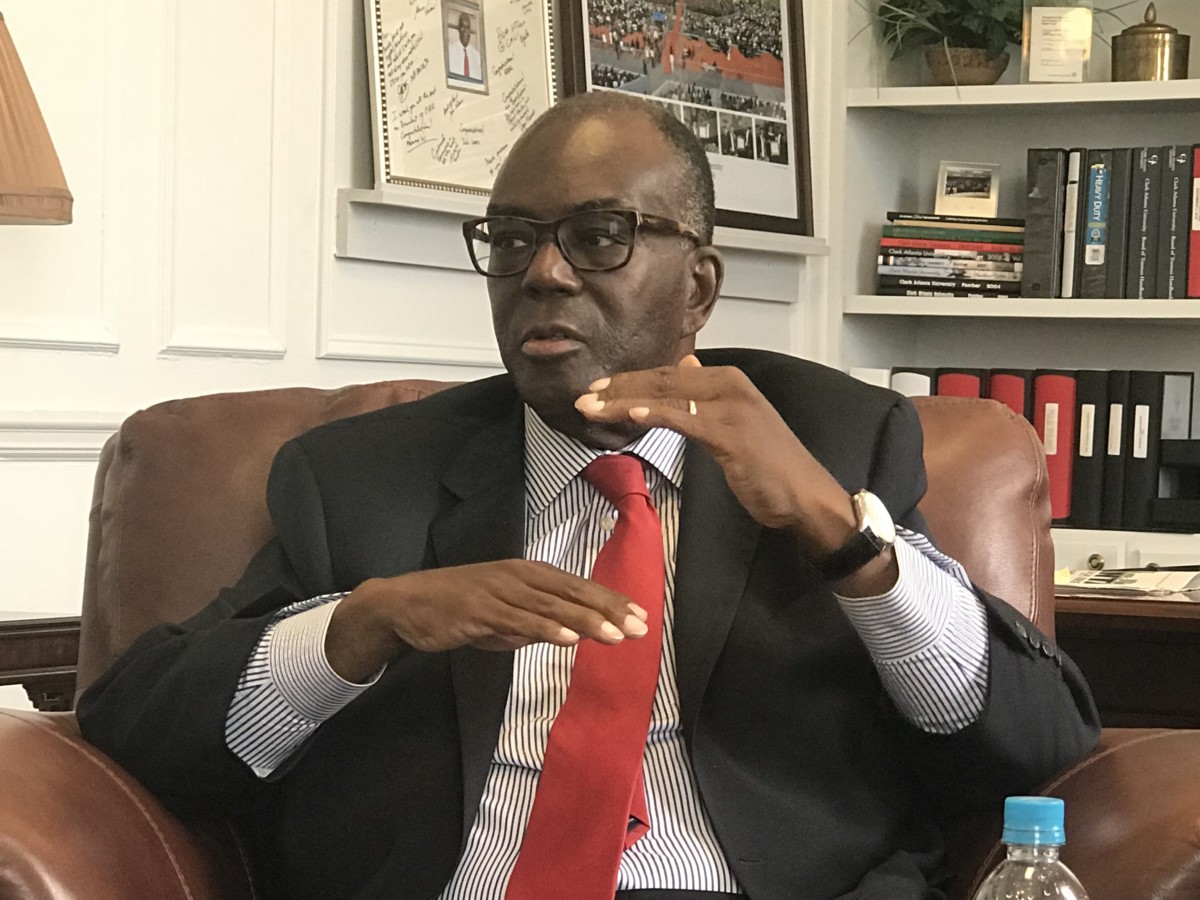 For Clark Atlanta University President Ronald Johnson, July 1 will be a major milestone.

But as CAU celebrates those two dates, the university is facing a number of challenges that are common among smaller private colleges. It is operating with a small endowment — $70 million; it is land rich but cash poor; it is strategically addressing economic inequality through the students it accepts every year; and it wants to play an ever-increasing role in helping revitalize Atlanta’s Westside. Clark Atlanta is just a half-mile west of the gleaming new Mercedes-Benz Stadium.

Johnson, a native of Brooklyn, N.Y., can relate. 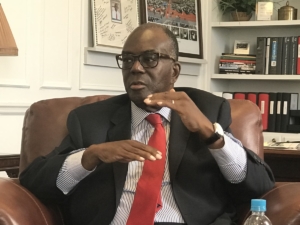 “I’m attracted to this place because I’m a first-generation college student from a family with modest income,” said Johnson, the second oldest of nine children — eight of which went on to college. “I came to an institution to develop a future for people who have that kind of background.”

Before coming to CAU, Johnson was dean of the Jesse H. Jones School of Business at Texas Southern University in Houston. Robinson is an economist by training, and he has had extensive academic and business experiences.

He served as a president and chief investment officer at Smith Graham & Co., where he led a team of traders and investment professionals in raising and managing more than $2 billion for institutional investors. He also was an executive at Templeton Worldwide and Americas Trust Bank, a Latin American financial institution.

“My passion is really people and society — how people interact with each other,” Johnson said. “As an economist and a finance professional, I try to understand human behavior.”

When he came to Atlanta, Johnson found that CAU was in the middle of a hotly-contested lawsuit with the city of Atlanta’s economic development arm, Invest Atlanta, over land that had belonged to Morris Brown College.

Invest Atlanta and Friendship Baptist Church had bought 30 acres of land from Morris Brown, but 13 of those acres were subject to “reversionary rights” held by CAU since 1940.

When the city acquired the land, then-Atlanta Mayor Kasim Reed believed he could win a legal challenge against CAU over the right to the property.

Now nearly four years later, Invest Atlanta has lost every legal ruling — the latest (and the last) coming from the Georgia Supreme Court on April 16.

But Johnson is hoping it will be a new day with Atlanta’s new mayor, Keisha Lance Bottoms.

On March 23, Bottoms was CAU’s Founder’s Day speaker. “She said in public that she sees the city as a partner rather than an adversary,” Johnson said. “We have to work with the mayor. But there are a lot of issues that came up during the period when the city owned the buildings.”

Most notably, historic Gaines Hall caught fire when it was owned by Invest Atlanta. Johnson believes the city needs to return the property to CAU in the condition it was in when it acquired the property. It is estimated that will cost between $8 million to $12 million to restore Gaines Hall. Also, CAU ended up spending $2 million on legal fees in its challenge against Invest Atlanta, and it is seeking for the city to pay for that expense.

It is all part of a delicate balancing act that Johnson and CAU are facing by owning some of the most valuable real estate in that part of Atlanta.

“Ultimately utilization of the property is a decision the board makes,” Johnson said. “We, the university and the board, see our responsibility as having several components — preserving the property to the best extent we can…. We do now have an endowment of land, and we have to get that land to the point of being productive. We have a fiduciary responsibility to do that.”

The historic Paschal’s Restaurant and Motor Lodge, now vacant and deteriorating, also is owned by CAU. Johnson said his board wants to put its research center there. Other community advocates believe the property should be restored to honor its legacy as a gathering spot for the Civil Rights movement.

“The first time I came through Atlanta was in 1972,” Johnson said. “We stayed at Paschal’s.”

Johnson, however, is spending most of his time focused on improving the economic opportunities for CAU’s students.

Enrollment last fall was 4,007 students — up 500 students from the time Johnson became president. It has an annual budget of about $100 million with a net operating surplus of $8 million. It also has $18 million in cash.

“We really are in the strongest financial position that we’ve ever been in the 30 years of consolidated enterprise,” Johnson said.

But what’s most important for Johnson is to make sure CAU students are able to land well-paying jobs upon graduation.

“African-Americans who get bachelor’s degrees tend to cluster in jobs that don’t pay that well,” Johnson explained. “We want to be an engine of economic mobility.”

That’s why the university has lowered its liberal arts core requirements so as to give students an opportunity to earn “stackable credentials” — by taking classes that will build expertise in specific fields, such as combining an accounting degree with project management training or combining cyber security with psychology to create an expertise in cyber psychology. Johnson hopes that will make CAU graduates more valuable in the job market.

Johnson also would like to see CAU have a much more constructive impact on the community. Only a fraction of its $100 million annual budget is spent in the adjacent area, so there is little “multiplier effect” in the community.

“What needs to happen for the Westside to recover, it has to have a multiplier,” Johnson said. “Clark Atlanta can be a huge economic engine. We want to integrate the university into the community.”

Johnson then took a step back to reflect on the upcoming 30th anniversary of the combination that created CAU.

“The purpose of consolidation was to take two institutions that were confronting an uncertain future,” Johnson said. “Now 30 years after the consolidation, we are thriving.”