The dynamic politics of transit and transportation in metro Atlanta played out yet again Wednesday, this time in terms of the run-off elections held in Clayton County. 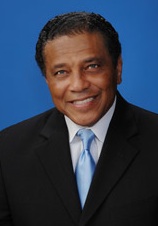 A statement released this afternoon by Friends of Clayton Transit has the headline: “Anti-MARTA incumbents lose in Clayton County: Chairman Bell throws transit under the bus; loses election.”

Clayton Chairman Eldrin Bell and Commissioner Wole Ralph both lost their bids for reelection. Friends of Clayton Transit, which says it is a transit advocacy group, linked the defeats to the incumbents’ position on transit – Bell for opposing a request to put a referendum on the MARTA 1 percent sales tax on the November ballot; and Wole for his vote to end C-Tran bus service in 2010.

In the recent transportation sales tax program, Bell had fought hard to include funding for commuter rail from Atlanta’s airport to Macon, as well as for transit service within the county. Ralph, in voting to end C-Tran service, said the county simply didn’t have the money to keep it going.

The winners in Tuesday’s runoff have told advocates that they support putting a MARTA referendum on the ballot. Jeff Turner defeated Bell and Shana Rook defeated Ralph.

Both Bell and Wole were defeated by margins of 2-1, according to unofficial returns posted by the Georgia Secretary of State.

Here’s the full statement released by Friends of Clayton Transit: 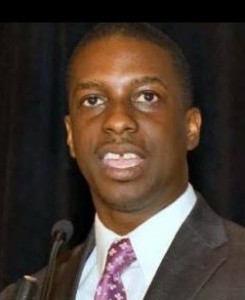 In 2010, nearly 70 percent of Clayton County voters voted in a non-binding referendum to raise a one cent sales tax to join MARTA and start bus and rail service.  Two years later, their wishes are still being ignored.  The day after Bell’s statement appeared in the newspaper, voters showed him the door.

“I kept trying to tell people that Eldrin was not really pro-transit,” said state representative Roberta Abdul-Salaam. “But it was not until he made that statement that people really caught on. I just wish he had said it earlier,” continued Abdul-Salaam, who came in third in a July 31 primary challenge against Bell.

Bell was defeated by former Clayton County Police Chief Jeff Turner. Jonesboro attorney Shana Rooks defeated Commissioner Wole Ralph.  Both Turner and Rooks have expressed their support for public transit, and in fact, Turner assured voters at a forum last week that he supported a binding referendum on MARTA as soon as possible in Clayton County.

“Chairman Bell did a lot for public transit,” said Ashley Robbins, president of Citizens for Progressive Transit, “but on August 14, he made it clear he wasn’t going to do any more. He basically threw transit under the bus,” continued Robbins. “A lot of voters didn’t like that.”

Voters also tossed Commissioner Wole Ralph, who led the effort to end Clayton County bus service in 2010.  “Clayton’s voters asked for MARTA, but Ralph tried to use TSPLOST money to turn Tara Boulevard into a super highway,” said Colleen Kiernan, Director of the Georgia Sierra Club.  “These commissioners just would not listen to their constituents.”

“We will now have fresh faces on the Clayton County Commission and we look forward to working with them,” said Kiernan.

The Sierra Club is teaming up with Friends of Clayton Transit, Citizens for Progressive Transit and other groups to allow Clayton voters a real binding vote on buses and trains.