The Clean Air Campaign will soon have a new executive director — Tedra Cheatham, currently the chief operating officer for the Greater North Fulton Chamber of Commerce.

Cheatham will succeed Kevin Green, who was selected in May to be president and CEO of the Midtown Alliance.

The Clean Air Campaign conducted a search with the help of the Goodwin Group firm.

Cheatham, who has worked for the Greater North Fulton Chamber for more than eight years, said she was looking forward to combining her economic development skills with an organization dedicated to improving the region’s air quality through less traffic and congestion. 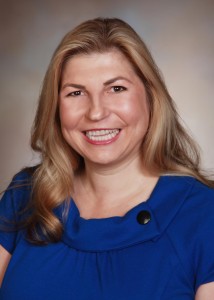 “I’m very excited about this opportunity with where our state is going and with where our region is going,” Cheatham said in a phone interview. “The Clean Air Campaign has a stellar reputation. It is a true public private partnership working with 1,600 companies that support commute options.”

Cheatham said that part of her challenge will be to better communicate to the region’s workers about the advantages of those commute options.

In her role at the Greater North Fulton Chamber, Cheatham was involved in the establishment of its Community Improvement District, and she has been well aware of the region’s transportation and quality of life issues.

As a native of Louisiana, Cheatham has spent most of her career in the economic development field.

“I went into economic development because it was a perfect bridge between the public and private sector,” she said.

Cheatham and her husband worked in the Dallas metro area before moving to the Atlanta region in 2002. Shortly after moving to Atlanta, she joined the Greater North Fulton Chamber working “side-by-side” with its president Brandon Beach, who also serves on the Georgia Board of Transportation.

Her last day at the chamber will be Oct. 3, and she will begin her new role with the Clean Air Campaign on Oct. 10.

“She is coming on board at a time when we are seeing dynamic changes in the way transportation, environmental and economic development ideas come together to shape Georgia’s future,” said Blumenthal, who is senior vice president of public policy for the Metro Atlanta Chamber, in a statement.

In 2008, Cheatham was recognized for her leadership in North Fulton by the American Women’s Business Association.

She has also served as a loaned executive to GNO, Inc. in post-Katrina New Orleans and was named to the White House’s deployment team to the Gulf Coast to address economic conditions following the Deepwater Horizon oil spill.

Cheatham also has been involved in the Atlanta community. She helped establish the Drake House, a residential assessment center for homeless women and their children. She also serves on the board of the International Economic Development Council.

The Clean Air Campaign is well known for its public service announcements that encourage carpooling and other commute alternatives, including tele-working, transit, cycling and walking through incentives.

The campaign works in partnership with the Georgia Department of Transportation. During “smog season,” the campaign provides information on Smog Alert notifications, letting Atlantans the level of its air quality.

The Clean Air Campaign’s programs reduce 1.4 million miles of vehicle travel and keep 700 tons of pollution out of the region’s air. For more information, visit CleanAirCampaign.org or call: 1-877-CleanAir.