Climate change causes must be confronted in Georgia 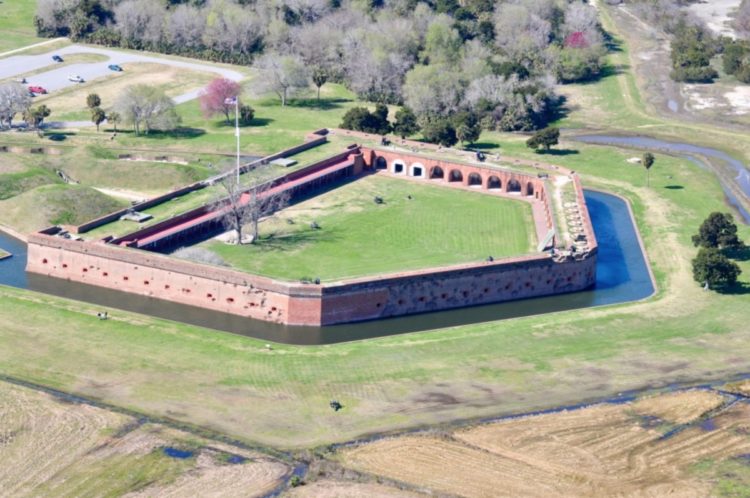 By Guest Columnist DAVID KYLER, executive director of the Center for a Sustainable Coast, located on St. Simons

A crucial distinction in determining the best course of action on climate change is the difference between reacting to the impacts of our overheating climate versus reducing the causes of this increasingly destructive global disruption. Unfortunately, Georgia’s state officials have consistently limited their efforts to the former, while willfully suppressing consideration of the latter.

It may seem encouraging that Georgia’s Department of Natural Resources hosted a conference on “Climate Change” last year. However, it’s deeply troubling that the conference program acknowledged nothing about the causes of climate disturbance. Instead, DNR focused on a policy of “adaptation and resilience” in response to rising sea level and other mitigation efforts – evidently based on the demonstrably false assumption that climate-change and its consequences are, in effect, “acts of God.”

Omission of the human causes of climate change remains a contrivance of a top-down, politically driven but unspoken policy imposed on state employees. This protects special interests by restricting the use of science that’s essential to protecting our citizens and natural resources.

Under such constraints, agency personnel speak about the causes of climate change at the risk of losing their jobs. This extends even to the Coastal Advisory Council, which is appointed by the politically obedient DNR commissioner to – ostensibly – improve Georgia’s coastal management program. The council has been reluctant to openly discuss climate-change actions needed to properly address the issue. This negligence is stunning, in light of the dire consequences of climate-induced sea level-rise and storm hazards for coastal regions. 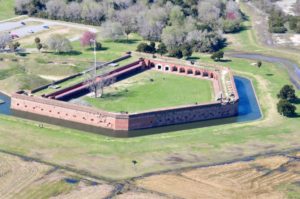 Already, Georgia is experiencing a rising sea level, according to a report from the University of Georgia’s Marine Extension and Georgia Sea Grant. At Fort Pulaski, near the mouth of the Savannah River, the sea level has risen more than 9 inches since 1935 – at a rapidly increasing rate. Other studies predict an average rise in sea level of at least three feet by the end of this century, possibly much more.

Reputable online sources, including Time and The Washington Post, confirm numerous impacts of climate change, many of them very ominous. Moreover, the record of scientific evidence substantiating the human activities causing them is overwhelming. Among the threatening signs of over-heating climate are record-breaking temperatures, heat-related deaths, longer and far more destructive periods of wildfire, loss of vital food supplies from crops and fisheries, and unprecedented, accumulating atmospheric concentration of greenhouse gases – primarily carbon dioxide and methane.

Furthermore, highly qualified climate experts advise that hurricanes and their devastation must no longer be considered natural events, according to a report in The Washington Post. Dogged refusal to curtail exploitation of fossil-fuels is linked to the intensity and destruction of major storms, amplifying enormous damages being incurred by the public [some $150 billion for hurricanes Irma and Harvey alone] to sustain an industry that’s immensely profiting in the reckless commerce of climate-ravaging carbon emissions.

No natural habitat in Georgia is expected to exist in 2050 for the striped newt, according to a report by the Georgia Department of Natural Resources. File/Credit: Joel Sartore, via fineartamerica.com

For more than a decade, the U.S. Department of Defense has advised that climate-change is a serious national security threat. This is not only due to risks to coastal military installations, but also because of food shortages and flooding that will displace millions, generating severe problems of migration and armed conflicts over resources.

More recently, in the aftermath of the destruction caused by this year’s hurricanes, the Houston Chronicle published a report by a researcher at Stanford University that stated, “The Department of Defense and Department of Homeland Security have identified climate change as a ‘threat multiplier’ that exacerbates resource shortages and other stressors that worsen political and economic instability, and increase the likelihood of conflict.”

All but the devoutly dogmatic would be – and are – convinced by the preponderance of scientific analysis of these and related trends. A recent survey by Gallup observed that the majority of Americans are concerned about changing climate, yet fact-free political obstacles continue encumbering action.

The state’s antipathy to confronting the causes of climate change is especially conspicuous in contrast with a unanimous vote in May by the Atlanta City Council. The council adopted a goal to eliminate the use of fossil-fuels by 2035. Forbes reported Atlanta is the 27th city to take such a stand. The city intends to rely exclusively on renewable energy. Atlanta’s admirable commitment is a momentous expression of the leadership’s pragmatic concern about the causes of climate-change by eradicating carbon emissions within the city. 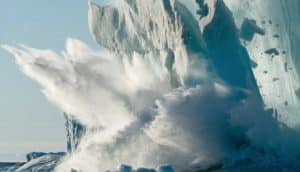 Besides the urgent need to diminish profound climate-change threats, the benefits of eliminating the use of fossil fuels must be objectively acknowledged. Not only are wind and solar power growing much faster than any other sector, the industry already employs more workers than all fossil fuels combined, according to a report by Citizens Climate Lobby. Defending continued use of fossil fuels by denying that they cause destructive climate change is blatantly contradicted by the facts. The replacement of dirty energy with renewable, clean alternatives will produce far greater economic benefit 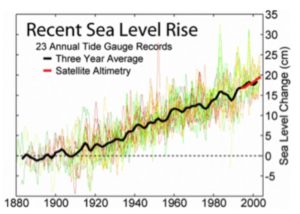 The sea level rose at a steady rate through the 20th century. Credit: notrickszone.com

Confronting this fundamental menace to public health, environmental stability, and quality-of-life issues requires a pivotal realignment of priorities – a diligent task of renovating our definition of “self-interest” – based on rational assessment of well-documented realities.

Georgia should join Atlanta and responsible states that have adopted plans for reducing greenhouse gases by curbing the use of fossil fuels and adopting incentives for clean energy. Such plans include well-honed policies for transportation, public facilities and infrastructure, plus energy efficiency.

A worthy federal proposal on this pivotal issue is the Off Fossil Fuels [OFF] Act, now sponsored in Congress. This legislation tracks a comparable schedule and rationale adopted by Atlanta, other U.S. cities, and leading states in recent years.

Note to readers: The Center for a Sustainable Coast is a member-supported, non-profit organization formed in 1997 to serve the six ocean shoreline counties and five major watersheds in coastal Georgia. Its mission is to promote the responsible use, protection and conservation of Georgia’s coastal resources – natural, historic and economic