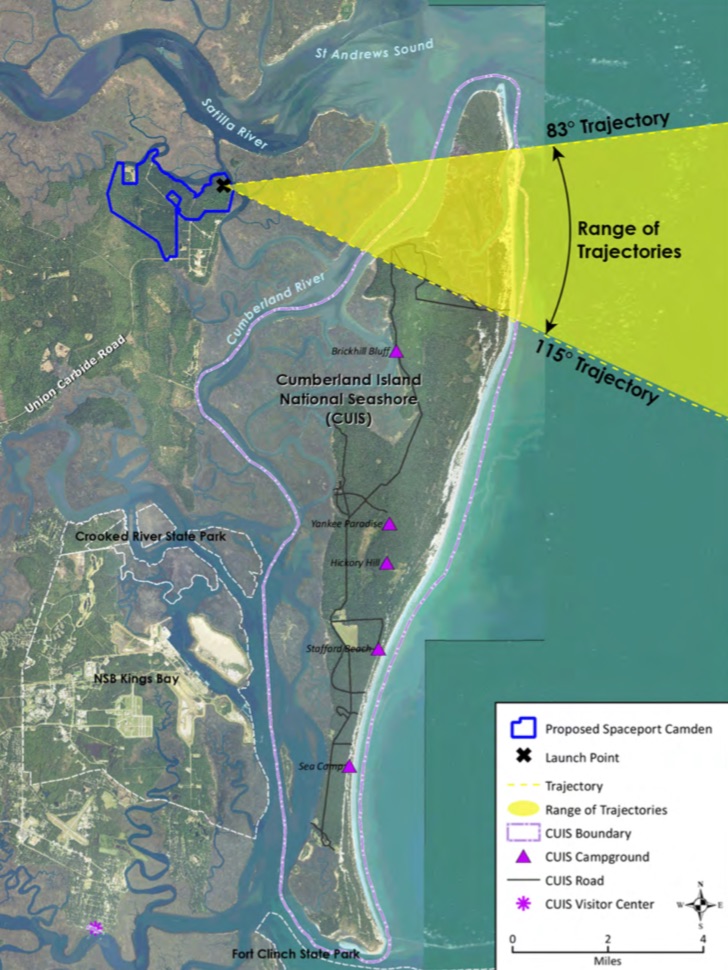 The clock is ticking on the public comment period for a planned spaceport on the Georgia coast. Plans call for privately owned rockets to be launched from a site near the mouth of the Satilla River, soar at 30,000 feet over Cumberland Island, and continue toward or into outer space. 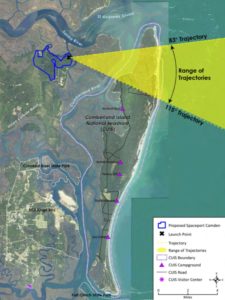 Rockets launched from the proposed spaceport in Camden County would soar over a portion of Cumberland Island at an altitude of some 30,000 feet, according to the FAA statement. Credit: faa.gov

The Federal Aviation Administration endorses the plan, according to its draft environmental impact statement. June 14 is the deadline for public comment.

The proposed spaceport has traveled at rocket speed in three years.

In 2015, Camden County officials listed it in the county’s long-range plan to promote economic development. In 2017, the Georgia General Assembly passed a law that clears the way for the spaceport. In recent weeks, it has gained support from the FAA and Georgia’s two Republican senators, Johnny Isakson and David Perdue. Several Republican candidates for governor support the planned spaceport.

Camden County officials are reaching into an old playbook in their effort to boost their local economy by wooing manufacturers in the space industry.

In the early 1960s, Thiokol Chemical Corporation, Inc. chose Camden as the location for its rocket program for reasons including the county’s workforce and “community attitude,” according to a memorial website. At the time, the company had been working for years in the defense industry and, previously, rocket scientists had decided Thiokol’s signature product was a promising rocket fuel.

In 1965, the company launched the world’s most powerful rocket from its Camden County manufacturing site, according to the memorial website. The project didn’t move forward for a number of reasons.

Fast forward to present day, and the FAA statement observes:

In evaluating the spaceport’s environmental impact, the FAA statement acknowledges the spaceport would alter the pristine nature of the area – but not enough to warrant rejecting the project.

For example, the noise of a rocket launch could cause some listeners to become irritated when their moment of respite on Cumberland Island and other nearby areas is interrupted, according to the statement.

Plans call for launching 12 rockets a year, and testing 12 engines a year at full thrust by firing up the engine while keeping the rocket firmly attached to the ground. Each rocket could weigh up to 1.5 million pounds and stand up to 250 feet tall. Here’s a snippet of the statement’s observation about noise: 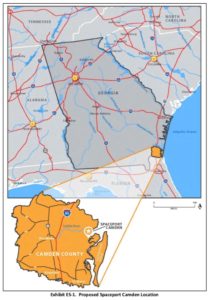 Georgia’s proposed spaceport would be located in Camden County, near the Florida border and east of I-95. Credit: faa.gov 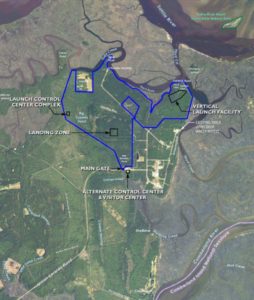 The proposed spaceport in Camden County would be built on land the county would buy from the Union Carbide Corp. and Bayer CropScience, according to the FAA statement. Credit: faa.gov