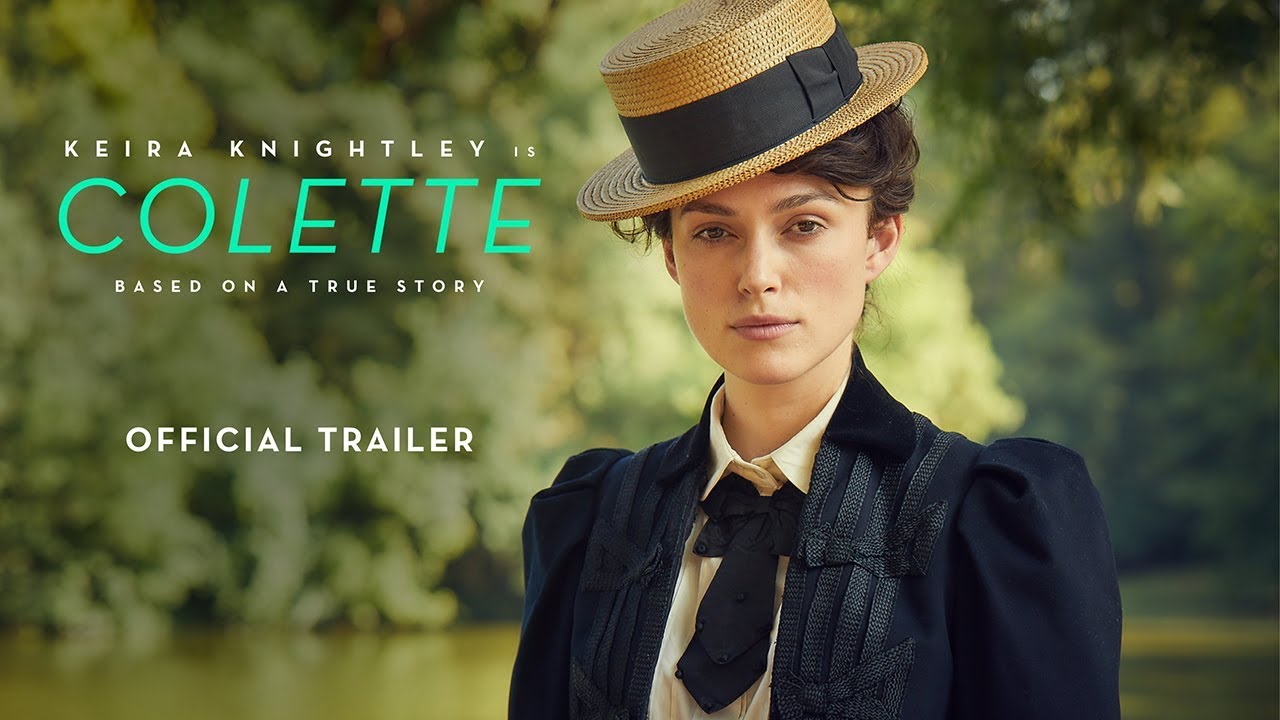 Keira Knightley’s utterly silly new movie isn’t called “Colette, Colette,” but it might as well have been.

Instead of Milan and Minsk, we have Belle Epoque Paris; and instead of the fictional Rochelle, we have the very real Sidonie-Gabrielle Colette, aka, Colette, the famed French novelist. Best known for “Gigi,” she wrote 30 novels and scores of short stories, many of them with a somewhat naughty tone. 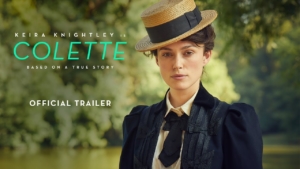 The movie begins when Colette (Knightley) is a comely young thing of 20, living with her parents in a picture-perfect French countryside. That quickly changes with the arrival of Willy (Dominic West), a Paris wit and bon vivant many years her senior who sweeps her off her feet and off to the City of Lights.

A pompous libertine lording over a stable of ghostwriters who provide him copy and a bogus reputation, Willy soon enlists his wife to write for him as well. Her tales of a schoolgirl named Claudine, published under his name, become a huge success.

Eventually, Colette chafes under Willy’s control, as husband and as fawned-over author who takes credit for her work.

The movie is about how she breaks free of him, both sexually and literarily, to become famous in her own right.

A sumptuous period piece timed to the #MeToo movement, the movie is well-intentioned, but also, well, often just laughable. It’s the sort of thing in which the music swells and swoons when Colette runs through the woods in her darling cotton frock. And the dialogue runs to Mad Magazine parody. Collaring Willy at the theatre, a bejeweled dowager demands, “The Eiffel Tower. For or against?”

At one point Colette and Willy both become involved with the same woman, a Louisiana heiress portrayed like a community theatre Blanche Dubois by Eleanor Tomlinson. “You have the most beautiful teeth,” she drawls to Colette who replies, “Like an alligator.” (It’s a bayou witticism). 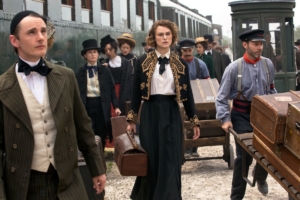 A scene from “Colette’ movie

West so overplays his role you figure he’ll be killed off in the first 15 minutes, but no such luck. He’s around for most of the film, blustering mightily and patting his well-fed paunch.

Knightley makes a wondrous clothes horse. You watch her to see what she wears as much as what she does. But as she’s proved in movies as different as “Bend It Like Beckham” and “Anna Karenina,” she’s better than that.

For that matter, so is Colette’s story. When a movie is so wobbly that you don’t know if the protagonist’s performance as Cleopatra is supposed to be excellent or gawdawful, there’s something wrong. (Then she bares a breast and kisses another woman and you realize it’s supposed to be “scandalous.”)

Alas, there’s a whole lot wrong with this self-consciously “feminist” film. What wouldn’t I give to hear what Jerry, George, Elaine and Kramer would have said about it.