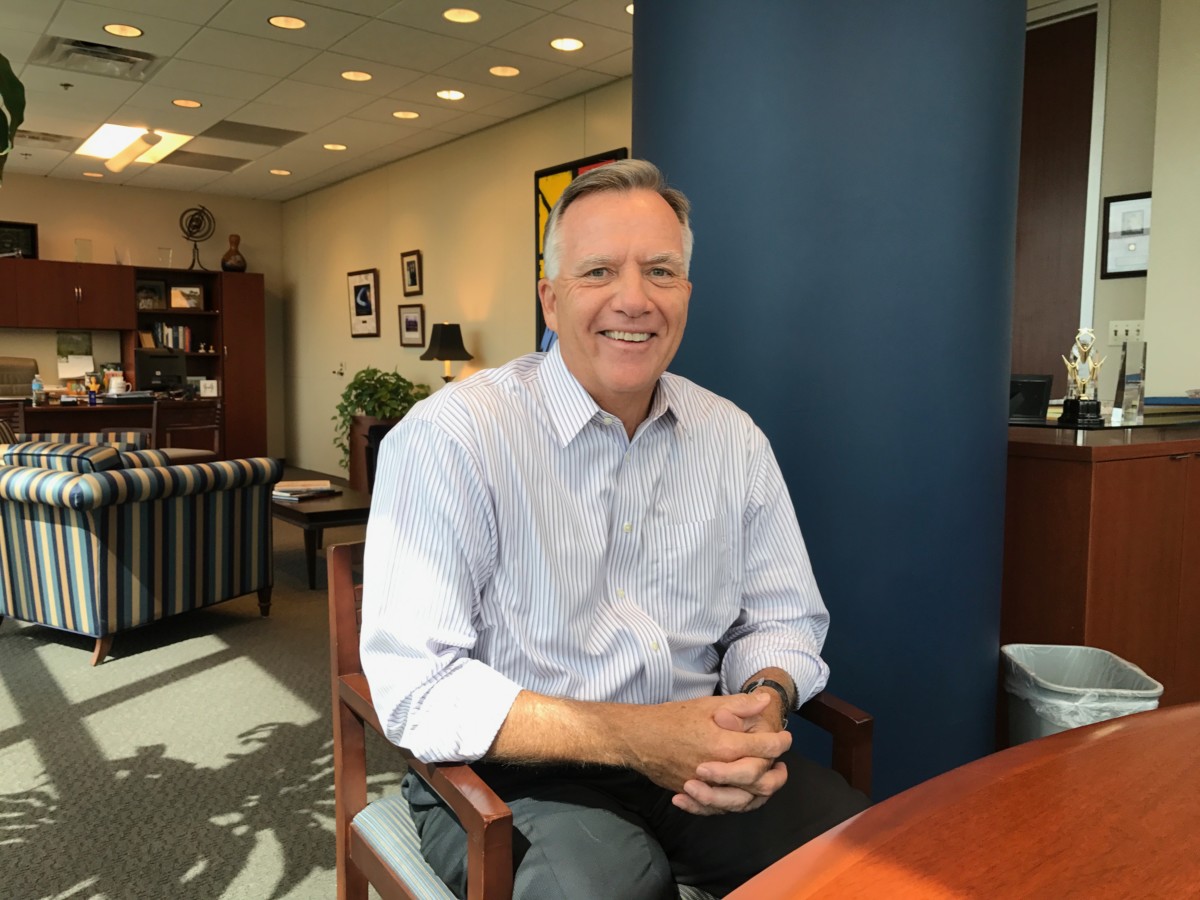 By Maria Saporta
As published in the Atlanta Business Chronicle on March 15, 2019

The American Cancer Society made several significant strides last year in its quest to reduce the number of cancer deaths across the nation – from research funding to community outreach and corporate partnerships.

And this year, the 30-year anniversary the American Cancer Society moving its headquarters to Atlanta, will be even more significant.

For example, the Robert Wood Johnson granted the Society more than $10.5 million in grants for cancer awareness and research in 2018 – a record year.

“We are hoping to get more grants from them,” said Gary Reedy, who has served as president and CEO of the Society since 2015. 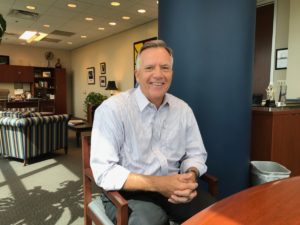 During an interview on March 12, Reedy quickly outlined a series of initiatives the Society is undertaking to fulfill its mission to “save lives, celebrate lives and lead the fight for a world without cancer.”

In January, it launched a nonprofit subsidiary called BrightEdge Ventures – evergreen fund that the Society has seeded with $25 million and is seeking investors to make it a least a $100 million venture capital fund.

“We are investing in both early and late stage companies that we think have the best therapeutics, diagnostics and technology to have an impact on cancer,” said Reedy, who added that the fund already has made its first investment in a company that has come up with a new diagnostic test for melanoma.

BrightEdge Ventures also has hired David Heenan as its director of operations and Bob Crutchfield, formerly with Birmingham’s Herbert Growth Partners, to serve as managing director of the fund.

The Society will be an equity partner, so it will benefit financially when the investments are successful.

That is in addition to several national partnerships the Society has established.

“We also have an awesome longstanding partnership with Delta, which to date has raised over $16 million,” Reedy said.

“We are working now to develop more partnerships,” said Reedy, who added that one of his goals is to help people better understand the total breadth of the Society’s work – including its efforts to reduce the nation’s health disparities.

“We believe where you live should not determine if you live,” Reedy said. That’s why in 2018, the Society provided 340,000 free rides for cancer patients. It also provided more than 500,000 nights of lodging to people seeking cancer treatment.

And it is focusing on several cancers, which can be cured if detected in time – such as colon cancer. It had an initiative of 80 by 18 – to have 80 percent of the age appropriate population be screened for colon cancer by 2018.

In 2014, colorectal screening rates was 66.2 percent for people 50 and older. By 2016, the most recent figures available, screening rates increased to 67.3 percent, which Reedy said translated into an additional 3.3 million people screened. For the Medicare population group (65 to 75 year olds), that rate was 78.3 percent in 2016.

“The HPV virus causes six different cancers,” Reedy said, adding that everyone between 11 and 13 years old should be vaccinated for the virus. “Today, we literally have a vaccine that can eliminate cervical cancer.”

Reedy said the Society also is getting ready to issue a new challenge similar to the one it launched in the early 1990s, when it had a goal to reduce cancer mortality by 50 percent by 2015.

When asked about not being able to make its earlier goal, Reedy put it in perspective.

“If we don’t make our goal, we are still going to make incredible progress in saving lives,” he said.

Reedy said the Society is down to a handful of finalists. “Hopefully, we will be able to name someone to the post in the next 30 days,” Reedy said.

The Centers for Disease Control and Prevention and former Atlanta Mayor Andrew Young will receive the 2019 Bill Foege Global Health Awards on June 6 at the Delta Flight Museum.

The honorary co-chairs of the dinner are former President Jimmy Carter and his wife, Rosalynn Carter.

Young served as the U.S. Secretary to the United Nations during the Carter administration before being elected mayor of Atlanta in 1981.

Dr. Robert Redfield, director of the Atlanta-based CDC will accept the award on behalf of the nation’s health organization, which is the only federal agency based outside of Washington, D.C.

Eddie Meyers, the Georgia regional president of the PNC Financial Services Group, took over as chair of Central Atlanta Progress at the annual meeting on March 12.

Meyers succeeded Rich McKay, president and CEO of the Atlanta Falcons, who had served as CAP’s chair for the last two years.

McKay remembers CAP President A.J. Robinson telling him two years ago that “my time would pass quickly.” Not coincidentally, the annual breakfast was held at Mercedes-Benz Stadium, which was under construction when McKay first became CAP’s chairman.

“A.J. assured me this would be a seamless transition,” Meyers said upon accepting the gavel. Meyers has been with PNC bank since 1989, and he has had quite a storied athletic career. In 1981, Meyers was named College Football Player of the Year in 1981 as a running back for the U.S. Navy. Later he joined the Atlanta Falcons, playing five preseasons and a full season before having a career-ending injury in 1987.