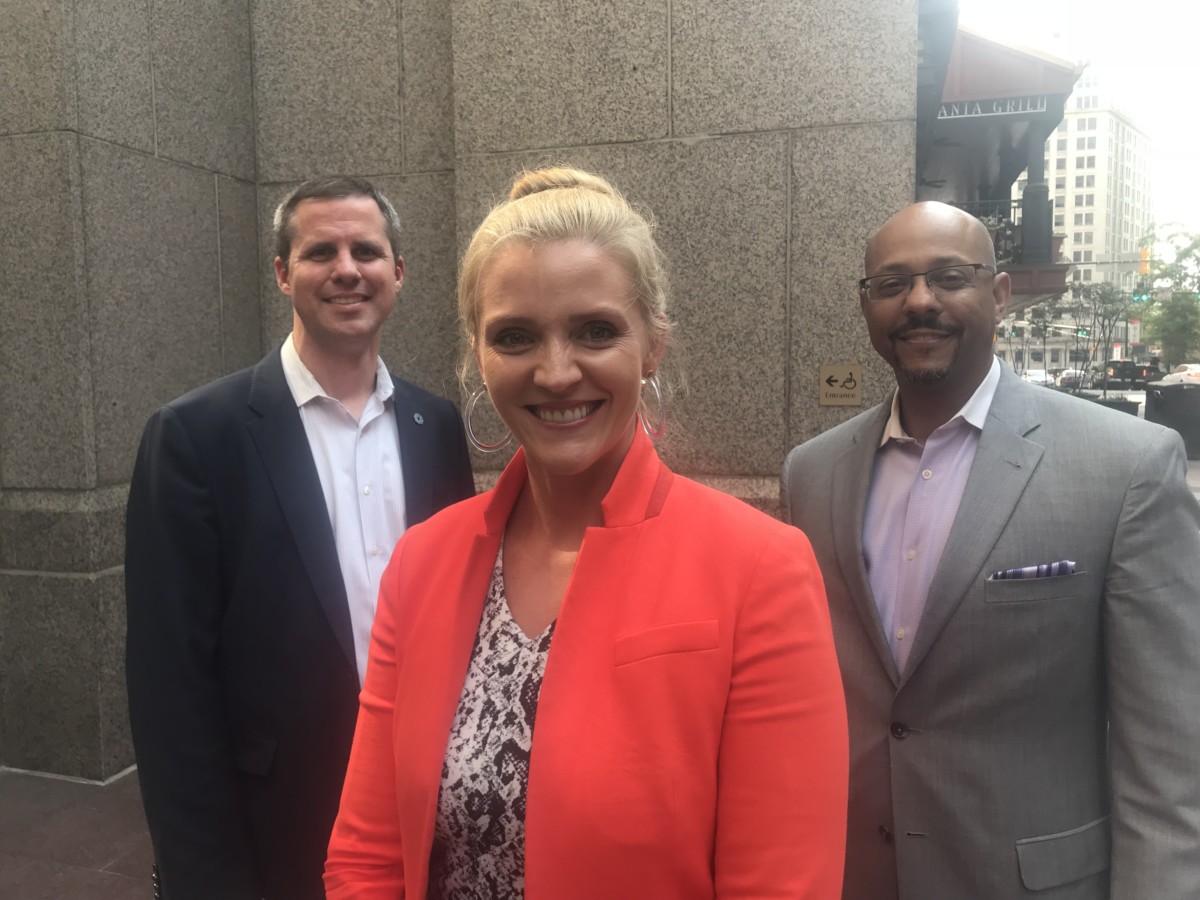 By Maria Saporta
As published in the Atlanta Business Chronicle on April 5, 2019

The Atlanta Land Trust has selected the development and construction team for 23 multifamily homes on a 1.8-acre site between the BeltLine’s Westside Trail and the Oakland City MARTA Station – homes being developed to be permanently affordable.

It is the most ambitious project the Atlanta Land Trust has ever developed, and it reflects the organization’s new energy under the leadership of executive director Amanda Rhein, formerly the head of transit-oriented development for MARTA. 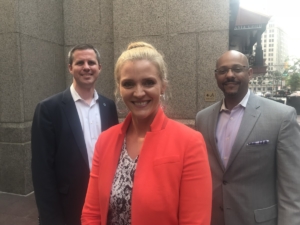 Homeplace Solutions will serve as the developer for the 23 new multifamily homes, which will include one-story flats as well as two- and three-story homes within four three-story buildings – creating a variety of housing options for different family sizes and needs. The homes will be designed by Smith Dalia Architects and will be constructed by Oak Construction Group. Ypiretis Asset Management will provide placemaking services.

The Atlanta Land Trust purchased the land at 1091 Tucker Avenue with a grant from Enterprise Community Partners. The project will be developed through a community land trust model, which owns the land – thereby being able to guarantee permanent affordability. Homeowners maintain the title to the structures, allowing them to build wealth through home ownership minus the land. Nationally, this model has been proven to play an important role in countering market-driven displacement as well as stabilizing at-risk communities.

“It’s our largest project to date,” Rhein said in an interview April 3. “It’s a really important project for us because we are in a position where we are reintroducing ourselves to Atlanta. It’s not as much about us. It’s about introducing the tools that we have to develop permanent affordable housing. The goal here is to demonstrate success and to really prove the model so we can replicate it.”

Construction on the project, which is using modular construction, is expected to begin by the end of 2019 and be ready for occupancy in early 2020.

“Once we start building units, it takes 90 days to do them,” Rhein said. “This will be the first multifamily modular project in the city of Atlanta.”

Homeplace Solutions is led by Cecil Phillips, which has been working in the field of affordable housing for decades. He was the longtime board chair of the Atlanta Housing Authority during the tenure of Renee Glover, who headed the authority from 1994 to 2013.

“The cost of housing continues to rise faster than wages, so that the vast majority of individuals and families pay significantly more than the recommended 30 percent of their income for housing,” Phillips said in a statement. “We feel privileged to be part of the team creating an affordable housing solution in Atlanta. What is particularly exciting about this project is the new generation of modular home technology we will use to lower construction costs and expedite completion time, all without sacrificing quality. All 23 units will be built and delivered to the site within 90 days of commencement of construction.”

Rhein said the development team will have a design charrette with the Oakland City Community Organization to get input from the residents and to make sure the projects meets the standards of the Oakland City Historic District. Although the project will use modular construction techniques, the developers will be able to modify the façade and provide amenities important to the community, such as outward-facing porches.

There are no renderings for the project until that process has been completed.

Rhein said there’s nothing on the site right now other than “a lot of mature trees,” which add to the value of the property.

“One of the objectives of the site plan was to design the development so we could save as many of the mature trees as possible,” Rhein said.

The Atlanta Land Trust is just getting started. As Rhein said: “We have been getting tons of inquiries of how we can work with other nonprofits and for-profit developers who want to have permanent affordable housing.”

Atlanta held its inaugural Day of Religious Pluralism event on the evening of April 4, the 51st anniversary of the assassination of Martin Luther King Jr.

“We intentionally hosted the inaugural on the 51st Anniversary as a way to continue Dr. King’s legacy and his work bringing people together,” Munir Meghjani, one of the organizers of the event, wrote in an email. “Given that we are in Atlanta, it just seemed right.”

The Atlanta City Council also proclaimed April 4 as the “Day of Religious Pluralism.”

The architectural firm of Atlanta-based Stevens & Wilkinson celebrated its 100th anniversary at a reception at Ventana’s Atlanta on March 28 – marking a milestone that few firms actually achieve.

Bill Clark, president of Stevens & Wilkinson’s Atlanta office, said the foundation of the firm has been its communities. It also has a secondary base in Columbia, S.C., headed by Bobby Lyles, chairman emeritus of the firm. Ron Stang currently chairs the architectural firm. And Janice Wittschiebe serves as a vice president of the firm.

In its 100 history, Stevens & Wilkinson has been a major part in the building of Atlanta, designing a host of structures and spaces including The Flats at Ponce City Market, Hartsfield-Jackson Atlanta International Airport, the original Techwood Homes, the restoration of the Ellis Hotel, and the original Georgia Baptist Hospital, among others. It recently held the topping out ceremony for the state’s new Judicial Center, a $127 million project that will house the Georgia Supreme Court.

70th anniversary for the Lighthouse

The Lighthouse, originally founded as the Georgia Lighthouse for the Blind, was founded in 1949 by the Lion’s Club and a blind visionary named Tom Bingham, who wanted to preserve the sight of a child.

As it celebrates its 70th anniversary, the Lighthouse today provides services to as many as 25,000 people a year. It provides vision exams, sight-saving surgeries, vision screenings, low-cost glasses, and hearing aids, as well as sends recycled eyeglasses overseas. The organization also has been providing hearing aids to its clients in need, thanks in large part to funding from the Georgia Public Service Commission.

Tim Dunn, chairman of the Lighthouse board of directors, said he wondered if the first board chairman – Ollie Reeves – would have been able to envision today’s organization.

“As I look ahead 30 years to our 100th anniversary, I am confident that we are not only building on the legacy of those early founders; I am also confident that we are laying the foundation for continued, sound growth,”” Dunn wrote in the organization’s 2018 annual report. “I believe that in 2048, when some future executive director and board chair sit down to compose their annual report, they will look back at 2018 as the year when we renewed our mission, vision, and energy for the future. “

By the way, David Paule, formerly chief revenue officer for the Atlanta Opera, has served as executive director of the Lighthouse since October, 2017.

The 30th annual Companeros luncheon, a major fundraising event for the Latin American Association, will be held Thursday, April 11 at the Georgia Aquarium.

The keynote speaker will be Sol Trujillo, an American businessman who is a global communications and technology executive. He has served as the CEO of Telstra, US West, Orange S.A. and held executive positions in state and federal governments. Trujillo also is the chair and co-founder of the Latino Donor Collaborative, a nonprofit organization dedicated to reshaping the perception of Latinos as part of American society.

The luncheon, which will celebrate “30 years of immigrant stories” in Atlanta, also will honor several key leaders and organizations.