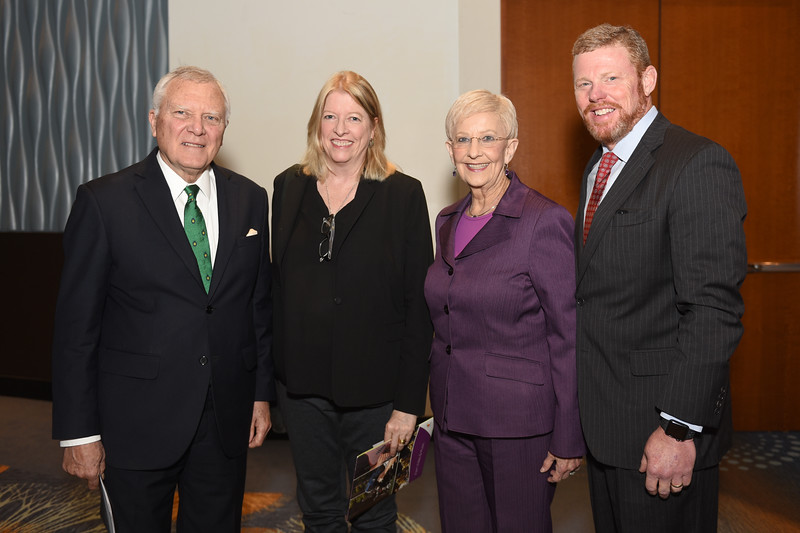 By Maria Saporta
As published in the Atlanta Business Chronicle on Jan. 25, 2019

Lee Thomas, deputy commissioner of the Georgia Film, Music & Digital Entertainment Office, was named Georgian of the Year by the magazine. She was introduced by former Gov. Nathan Deal, who received that honor in 2013.

“About a decade ago, the film industry was about a $241 million industry,” Deal told the guests gathered at the Georgia Aquarium. “Thanks to our honoree, we estimate that the current economic impact to our state last year was $9.5 billion.” 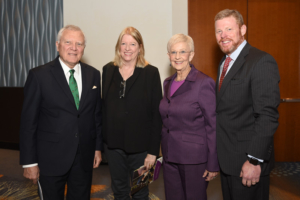 Deal went on to say that 92,000 Georgians now have jobs thanks to the film industry, and that the average salary paid to people working in film production is $84,000 a year.”

In her talk at the luncheon, Thomas provided a history of how Georgia has become the nation’s top destination for movie and television production.

It started in 1973 when then-Gov. Jimmy Carter started the Georgia Film Office.

“Georgia was already a production center in the ’70s and ’80s,” Thomas said. Then Canada passed an attractive incentive package for movies, and several other states follow suite. Georgia then began losing out to other states, and its film industry struggled.

Then the state of Georgia passed an enhanced package of film tax credits in 2008 – the last year of the Gov. Sonny Perdue’s administration – to retain what production was still left.

When Gov. Deal got into office, he nurtured the film industry – a cornerstone of Georgia’s rise as a place to do business (Site Selection Magazine has designated Georgia as the top state for business for the past six consecutive years).

Deal also started the Georgia Film Academy to help train Georgians to work for the industry – saying he wanted to be sure the crews hired by the movie industry were Georgians.

“Lee Thomas has been an integral part in making sure both of those aspects of the film industry succeeded,” Deal said of both the physical infrastructure and skilled workforce. “We are at the top of the entire industry worldwide, and that’s because of Lee Thomas.”

“Many times, people who have been in positions like me get the credit,” Deal said. “I’m thankful you have decided to go beneath that top layer and recognize the people who do the work.”

Former Atlanta Mayor Shirley Franklin has been elected to serve a five-year term on the board of the CDC Foundation. Ambassador Kristen Silverberg, managing director at the Institute of International Finance, also was elected at the same time. 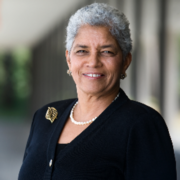 “We are extremely pleased to have Mayor Franklin and Ambassador Silverberg join our board of directors,” said Dr. Judith Monroe, president and CEO of the CDC Foundation. “Their breadth, depth and experience is incredible and will be instrumental to the CDC Foundation as we continue to support and extend CDC’s mission to save and improve lives.”

Franklin was elected as Atlanta’s mayor in 2001, becoming the first African-American woman to be elected mayor of a major Southern city. She served two terms, leaving office in January 2010. Currently, Franklin serves as executive chairman of the nonprofit Purpose Built Communities and as president of Clarke-Franklin & Associates, Inc.

Franklin co-chairs the United Way of Metropolitan Atlanta’s Regional Commission on Homelessness, serves as the chair of the National Center of Civil and Human Rights, the Volcker Alliance, and the Mueller Water Products. She also is a former board member of Delta Air Lines Inc.

Silverberg served in the George W. Bush Administration as U.S. Ambassador to the European Union from 2008 to 2009 and as assistant secretary of state for international organization affairs from 2005 to 2008.

The CDC Foundation helps the Centers for Disease Control and Prevention (CDC) save and improve lives by unleashing the power of collaboration between CDC, philanthropies, corporations, organizations and individuals to protect the health, safety and security of America and the world.

Eric Tanenblatt and Points of Light

Points of Light, the world’s largest organization dedicated to volunteer service, has named Atlantan Eric Tanenblatt to its board of directors. 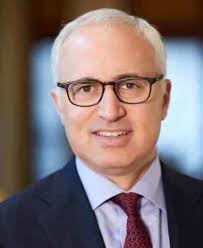 Tanenblatt is the global chair of public policy and regulation at Dentons, the world’s largest law firm. He was nominated by President George W. Bush and confirmed by the U.S. Senate to serve on the board of directors of the Corporation for National and Community Service, serving from 2008 until 2013. He was head of congressional and intergovernmental affairs at the Peace Corps during President George H.W. Bush’s administration, and he was the founder and chairman of Hands on Georgia, a statewide organization to promote volunteerism.

“The point of light President George H. W. Bush ignited in me so many years ago still burns bright today, and it’s a high honor to help carry forward his legacy through this amazing organization,” Tanenblatt wrote in an email. “The ideals of service that the late president espoused irrevocably impacted my life for the better, and it’s my hope to impart those same values to the next generation as he did for me and millions of others.”

Four other leaders also were named to the board of the Atlanta-based organization for three-year terms:

“All five of our new board members share our vision to inspire future generations to carry forward the commitment to give back,” said Natalye Paquin, president and CEO of Points of Light. “This dynamic group of leaders provide a perfect complement to our current board. We look forward to leveraging their skills and energy in our work.”

Goodwill of North Georgia and the Atlanta Community Food Bank have developed a strategic alignment of their missions related to employment and food insecurity. 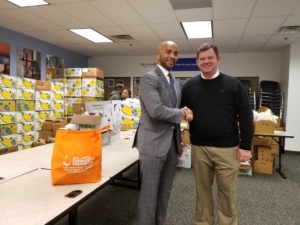 “We’re so excited about the potential of this partnership between two great regional organizations serving similar populations,” said Kyle Waide, president and CEO of the Atlanta Community Food Bank. “Working together, we can make an even bigger difference in the lives of these families.”

Waide recently joined the board of Goodwill of North Georgia.

“Partnerships are essential to our success at Goodwill, and we’re thrilled to be able to facilitate food distribution to our job seekers with support from Atlanta Community Food Bank,” said Keith Parker, president and CEO of Goodwill of North Georgia. “We know sometimes our job seekers struggle to make ends meet before they land a job, and partnerships like this one help us meet a wider range of needs for those we serve.”

Meanwhile, the Atlanta Community Food Bank will hold a ground-breaking for its new headquarters on Jan. 25. The new center will be located on a 64-acre site inside Interstate 285 off of Camp Creek Parkway in East Point.