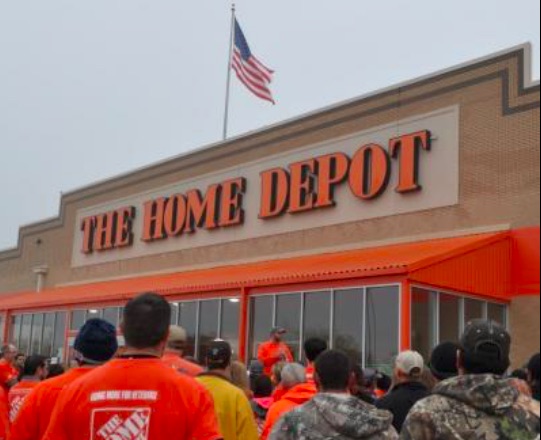 The Home Depot Foundation will be springing into spring with a $6.3 million commitment in Atlanta’s Westside communities.

The company foundation will hold its “Springing into Service” day on March 20 – the first day of Spring, when about 100 associates will be volunteering on community projects, including working at Vine City Park and making external home repairs at a couple of nearby houses with Westside residents. 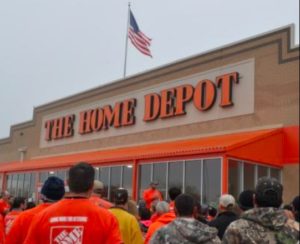 Shannon Gerber, executive director of The Home Depot Foundation, said the company on that day will announce a $6.3 million multi-pronged investment on the Westside over the next five years.

The foundation intends to invest $3 million for home repairs and materials, $1 million will go towards improving outdoor spaces, and $500,000 will be donated to the Westside Future Fund for community investments.

The remaining $1.8 million is part of a $50 million initiative that The Home Depot Foundation announced earlier this month aimed at training 20,000 tradespeople over the next 10 years as a way to help fill the growing need for skilled workers.

Gerber said the Bureau of Labor Statistics estimates that there are 158,000 unfilled construction jobs in the United States – a number that’s expected to increase.

“We want to bring shop class back,” Gerber said. “We’re thrilled to train 20,000 next-generation plumbers, electricians, carpenters and beyond. It’s a true honor to welcome our first classes of separating soldiers as they transition to civilian life and into successful careers in the trades.”

Of the 20,000 people who will be trained for higher-skilled jobs, 15,000 will be veterans; 4,500 will be “at risk” youth; and 500 will be residents from the Westside. That program will target graduates of Westside Works in a program that will be called Construction Ready Plus so graduates can “grow their careers and earn even higher wages,” Gerber said.

Already, The Home Depot Foundation has invested $2 million in the Westside. The $6.3 million to be announced on March 20th will be additional investment. That figure doesn’t include non-philanthropic dollars that the company is making in the area, such as the Home Depot Backyard – a public space being developed next to the Mercedes-Benz Stadium.

“We are obviously focused on the Westside and Atlanta in general,” Gerber said.

NCR and the Westside

At the Transform Westside Summit on March 16, NCR Corp.will announce a $1 million gift to the Hollis Innovation Academy.

The gift will support the Westside Future Fund’s $16.4 million commitment made to the Atlanta Public Schools and the Hollis Innovation Academy made last July.

“NCR decided to make this pledge to build student interest and achievement in STEM topics at Hollis Innovation Academy,” Yvonne Whitaker, who leads the NCR Foundation, wrote in an email. “STEM Education is an important focus area for NCR Foundation. Our intent is to promote diversity and wider access to STEM education through this investment.”

NCR’s commitment will boost the Westside Future Fund’s cradle-to-career education strategy — one of the four impact areas the Fund has identified for the focus of its work. The other impact areas are: community health and wellness, safety and security and quality mixed-income neighborhoods.

“The leadership of WFF understands that truly transformative neighborhood revitalization cannot happen in isolation,” said John Ahmann, executive director of the Westside Future Fund. “High-quality educational options for the children in the target neighborhoods will anchor and sustain the revitalization, but we must also work in tandem to bring high-quality options and opportunities across all four impact areas.

“If students have access to a better education but can’t stay in the community, our efforts will be in vain,” Ahmann continued. “We are focused on addressing every factor contributing to generational poverty.”

“I am completely overjoyed by this gift from NCR Corp.,” said Diamond Jack, the principal of the Hollis Innovation Academy. “The impact of such a significant investment in our school and in our students is monumental.”

Previous Article
Column: Bernie and Billi Marcus to be honored by Hillels of Georgia
Next Article
H.J Russell & Co. pick president and CEO of the Russell Center