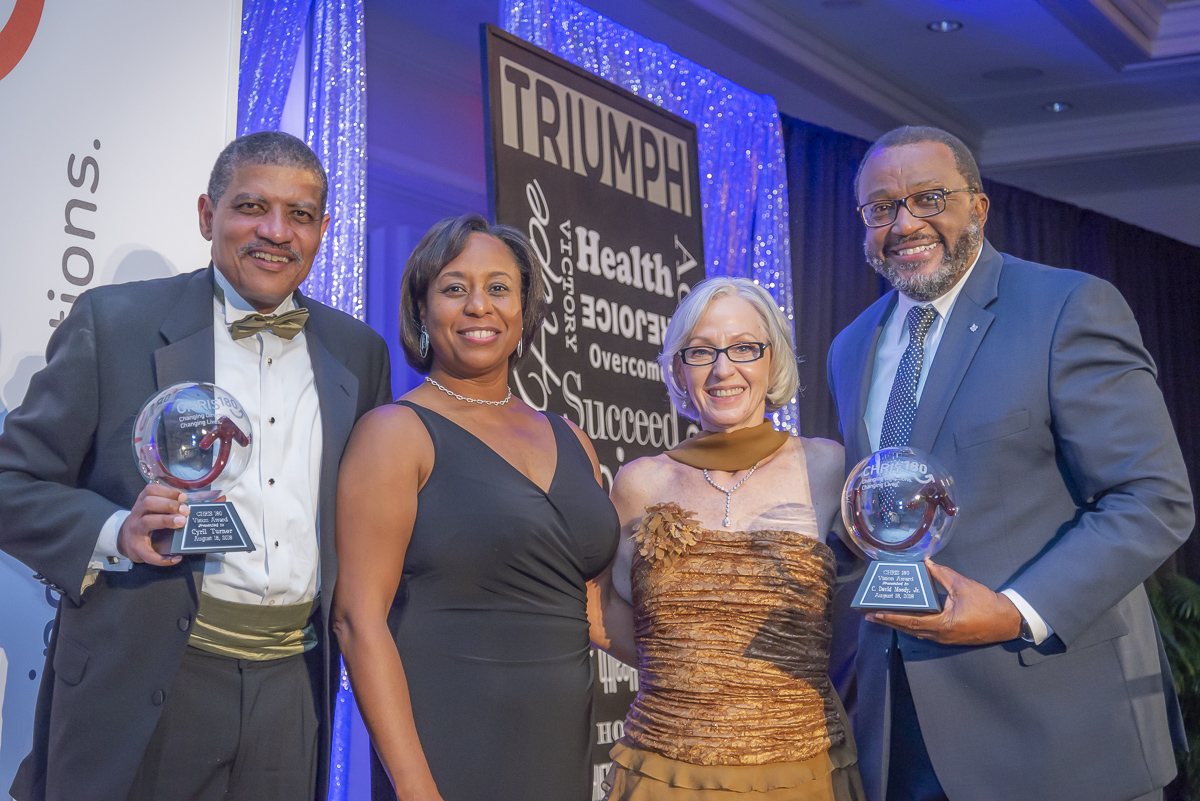 At its annual CHRIStal Ball on Aug. 18 at The Whitley hotel in Buckhead, CHRIS 180 announced that it had successfully raised $15 million for its Turning Point Capital Campaign – the most successful campaign in its 37-year history.

The money raised will enable the organization to double its footprint by 2020. CHRIS 180 is an Atlanta-based nonprofit that works with children, young adults and families who have experienced trauma to empower them to change the direction of their lives. 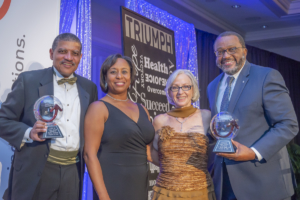 Kathy Colbenson, CHRIS 180’s CEO, thanked all the donors and leaders who had contributed to the campaign, including the Kendeda Fund, the Joseph B. Whitehead Foundation, the James M. Cox Foundation as well as corporate support from Delta Air Lines Inc. (NYSE: DAL) and Georgia-Pacific.

The campaign committee was co-chaired by Cyril Turner, a retired Delta executive, and David Moody, CEO of C.D. Moody Construction. Both are “Morehouse Men” who were celebrated at the 2018 CHRIStal Ball event.

Colbenson said she was “eternally grateful” to all the players who helped make it a successful campaign. When the campaign was publicly launched last November, the nonprofit had already raised more than $11 million, and it included 100 percent participation from its board.

CHRIS 180 is building a new 20,000-square-foot Earthcraft building – Center of Excellence for Training, Education, and Connections – to house the CHRIS Training Institute.

The campaign funds also will support CHRIS 180’s adoptions program and its “Keeping Families Together” program, as well as administrative offices.

Other components of the campaign include earmarks for operating, sustainability, and maintenance reserve funds; four new Gateway Foster Homes, a new Integrated Healthcare Clinic and upgrades to existing apartment homes.

Moody told dinner guests that a friend told him to check out CHRIS 180.

“I came over here, took the tour, saw how they were changing lives and helping children,” Moody said. “I was hooked, and from then on, I was in 100 percent… There is nothing better than knowing you’re changing lives.”

Turner described the campaign as making an investment in future generations.

“When you think about it, it’s multigenerational,” said Turner, adding that CHRIS 180 helps young people develop skills to handle themselves and to get along with others – skills that will come in handy when they become parents. “I think the return on investment is huge.”

Both the CHRIS Training Institute and the CHRIS Counseling Center have been operating a full capacity, due to the nonprofit’s dramatic growth. When the new Center of Excellence for Training, Education, and Connections opens in 2019, CHRIS 180 will be able to double its footprint – from serving 6,500 people in 2016 to more than 13,000 in 2020.

CHRIS 180 also announced the appointment of Kevin Clift as its new vice president of development – a sign that the nonprofit plans on continued growth.

Clift has more than 30 years of nonprofit experience in fundraising and program management at the Human Rights Campaign, based in Washington, D.C. Clift is a graduate of the School for International Training and America University’s Washington College of Law. 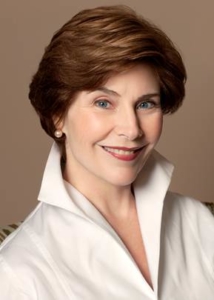 A new program by the Atlanta Women’s Foundation is helping improve the lives of low-income women through education and asset-building.

Education will be the theme for this year’s luncheon on Nov. 14 at the Georgia World Congress Center, where the featured speakers will be former First Lady Laura Bush and former Second Lady Dr. Jill Biden, two of the nation’s leading advocates for education and women’s issues. 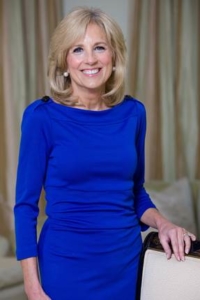 AWF will also host annual workshops and trainings for the nonprofits with a goal of building their organizational capacity, encouraging dialogue, creating partnerships and strategic alliances among the providers.

Currently there are 239,000 women that are impacted by poverty in AWF’s five-county service area.

“We felt that we could have the biggest impact on middle-school students by sponsoring the career center to give students the opportunity to explore different career options and the education programs available at UNG to help them to reach that career goal,” said Dr. Richard Oates, vice president of UNG’s Gainesville Campus. “They get to apply the concepts and ideas that they have talked about in the classroom. That’s where education comes to life.”

Lee Highsmith, executive director of the North Georgia District of JA of Georgia, said the center will serve 15,000-plus middle-school students from Forsyth, Hall, Lumpkin, and Dawson counties, along with students from the cities of Gainesville and Calhoun, Ga.

Welcoming America announced that metro Atlanta will be the first major metro region to create and implement a regional welcoming plan.

The Atlanta Regional Commission and the Community Foundation for Greater Atlanta have worked with Welcoming America to develop a strategic plan over the past three years.

The One Region Initiative, announced Aug. 23, seeks to create an inclusive metro Atlanta region in which all people, including immigrants and refugees, have the opportunity to reach their greatest potential, engage with the larger community, and fully contribute their talents.

The regional welcoming plan was developed in response to the changing tides of how people live their lives in the metro region,” said Jordyne Krumroy, regional manager with Welcoming America. “As people traverse city and county lines, it was clear that no matter where someone goes to or comes from, cultural and structural environments must support inclusion.”