By Maria Saporta
Published in the Atlanta Business Chronicle on March 7, 2014

The Marcus Jewish Community Center of Atlanta could adopt the song “Old Friends” by Simon & Garfunkel as its soundtrack.

It is the “old friends” who have come together once again to raise $6.8 million of the Center’s $7.5 million campaign since November 2012 to reinvest in the 52-acre facility that serves about 55,000 individuals a year. 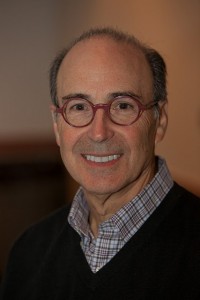 Ron Brill, the former chief financial officer for The Home Depot Inc. who is chairing the campaign, expects to raise the remaining $700,000 by the end of August.

There are many familiar names when one looks at the major donors who have contributed more than $500,000 to the campaign, including the foundations of Home Depot’s co-founders — Arthur Blank and Bernie Marcus; as well as the Ron and Lisa Brill Charitable Trust. Two other family donors — Marlene and Abe Besser, and Lynne and Howard Halpern — also contributed at least $500,000 to the campaign.

Several other longtime Atlanta names also are listed as major donors — the Zaban Family Foundation, Barbara and Sanford Orkin, Joan and Stanley Srochi, the Kuniansky family, and Sherry and Harry Maziar, among many others.

“Seven years ago, the Center had financial problems,” said Brill, elaborating that the organization was $12 million in debt. “A committee of us went to Bernie [Marcus], and he said: ‘Set up a governance committee, and these are the people who I want on it. And I will do a matching gift.’ So we had a deficit reduction campaign.”

Brill said that in the past seven years, the governance committee — many of whom who were part of Marcus’ circle of “old friends” and colleagues — reduced operating expenses, reduced costs, increased services and revenues — helping the Center operate in the black ever since. The debt is now down to a manageable $1.9 million.

The Center also hired Gail Luxenberg two years ago to be its CEO to continue managing its myriad of programs and services while keeping a close eye on the Center’s fiscal health.

Luxenberg said the Center is being used at the highest rate in its 104-year history — serving every population group from infants to seniors and every one in between. About 80 percent to 85 percent of the people that it serves are of Jewish heritage.

The decision to launch the capital campaign was made because during the lean years; Brill said the Center was forced to defer maintenance of several of its physical facilities. The funds being raised through the campaign will go toward renovating and enhancing the Dunwoody Zaban Park campus, such as enclosing and weatherizing its cabins; and enhancing its overnight summer camp — Camp Barney Medintz — in Cleveland, Ga.

In addition to bringing many old friends together, the campaign is somewhat of a family affair. The capital campaign director is Staci Brill, who is Ron and Lisa Brill’s daughter-in-law.

The Girl Scouts of Greater Atlanta has found a way to open up the tap to corporate Atlanta.

On March 4, the Girl Scouts held its second annual “Second Century Circle” breakfast at the Piedmont Driving Club as a way to build a culture of philanthropy for the game-changing organization.

Before the breakfast began, Atlanta City Councilwoman Yolanda Adrean mentioned that of the eight women on council, seven were involved in scouting. That message highlighting the relationship between the Girl Scouts and leadership was repeated throughout the breakfast.

Hala Moddelmog, who became president and CEO of the Metro Atlanta Chamber in January, received the 2014 “Changing the World” award. Two-thirds of the women in Congress were Girl Scouts; and 100 percent of our nation’s women astronauts were Girl Scouts.

Throughout her career – whether it be as president of Arby’s or CEO of the Susan G. Komen for the Cure nonprofit — Moddelmog said one of her key goals has been to support getting more women on corporate boards and more women in the C-suites of major companies. She said the Girl Scouts are a great training ground to groom those future leaders.

Breakfast attendees were introduced to several future leaders, but no one moved them more than Jordan Fessehaie, who spoke of how the Girl Scouts and its network put her on a path toward her chosen career in hospitality and her dream university on a four-year scholarship — a talk that moved many to tears.

Amy Dosik, the new CEO of the Girl Scouts of Greater Atlanta, said that the community’s financial support helps the organization support 10,000 girls in need each year. The goal, however, is to reach 20,000 girls by 2020. “When girls succeed, the community succeeds,” she said.

The Rotary Club of Buckhead will present one of its top awards to Dr. Bill Foege on March 10. Foege, who is credited by ScienceHeroes.com as the person who has saved the most lives in the world, will receive the Rotary’s 2013 Rev. Robert Ross Johnson Humanitarian Award. The annual award is given in honor of the club’s late member to recipients who have made significant contributions to humanitarian efforts in the community.

Foege, a former director of the CDC and the Carter Center and a founder of the Task Force for Global Health, is credited with developing the strategy that eradicated smallpox globally in 1978, which ScienceHeroes.com said saved the lives of 122 million people.

Foege, who most recently served as the senior medical adviser for the Bill and Melinda Gates Foundation, is now back living full time in Atlanta.

The Delta Community Credit Union, the state’s largest credit union, invested more than $650,000 in 2013 to foster growth and prosperity in communities around Georgia. The Philanthropic Fund currently supports 15 nonprofit organizations, including Children’s Healthcare of Atlanta. It will hold a call for grant submissions in the summer for nonprofits seeking grants for next year.

Blue Cross and Blue Shield of Georgia earlier this year reaffirmed its pledge to the Grady Health Foundation of $250,000 to support Grady Health System’s 2014 initiatives, including a Women’s and Infants’ Center.

“Thanks to Blue Cross and Blue Shield of Georgia’s generous gift, we can further support the new plan for redesigning the Women’s and Infants’ center as one of the top priorities for Grady,” said Renay Blumenthal, president of Grady Health Foundation.

Morgan Kendrick, president of Blue Cross and Blue Shield of Georgia, said the organization was proud to “support Grady’s efforts to give newborns the opportunity for a healthy start in life.