In the end, the family marriage between the Atlanta Life Financial Group and Jackson Securities lasted less than four years.

Reuben McDaniel III, president and CEO of Jackson Securities, announced Aug. 16 that he was resigning from the job he has held since 1999. The two African-American financial institutions had connections to the late Atlanta Mayor Maynard Jackson.

In an interview, McDaniel explained his decision to leave Jackson Securities and Atlanta Life.

“I had an opportunity to start a new venture,” McDaniel said, adding that his new firm will continue to be in the financial services industry. “For me, this was really an opportunity to take my career to the next place.” 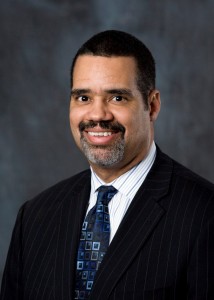 McDaniel, 48, said his new venture will include three other African-American investors, and that Valerie Jackson, the widow of the former mayor, will be involved.

“Valerie will be a partner in this new venture,” he said. “The venture will certainly carry some of the Jackson branding.”

At the time, Valerie Jackson said: “It really feels like we are cementing the companies and the family feelings that were already there.”

But a year later, Atlanta Life CEO Ron Brown passed away unexpectedly. Clement then stepped in as CEO just months before the nation’s worst economic recession since the Great Depression.

Then in June, the A.M. Best rating agency downgraded Atlanta Life’s financial rating to C+ from B-. A.M. Best also said the rating had “been removed from under review with negative implications and assigned a negative outlook.”

As a results of the downgrade, Jackson Securities was limited in what it could do from a financial standpoint.

Clement did not return an e-mail asking about McDaniel’s resignation.

Meanwhile, McDaniel said he expects to have his new firm in operation after Labor Day, and they currently are waiting on regulatory approvals.

No matter what, McDaniel said he will remain in Atlanta and continue serving on the board of the Atlanta Public Schools.

“I factored my APS commitments into this venture,” he said. “I will try to help the school system move forward.”

Children between birth and 5 years old now have a new advocate in Georgia.

GEEARS, an outgrowth of Atlanta’s United Way Early Education Commission, is a statewide independent organization that will forge leaders from business, government and child-care facilities as well as parents to promote early learning in Georgia.

The chair of GEEARS is philanthropist Stephanie Blank, who has said the first five years of a child’s life are a “once-in-a-lifetime opportunity.” In the release announcing the appointment of Binderman, Blank said: “Smart money gravitates to early childhood investments. Children who get off to a good start contribute more to Georgia’s economic growth.” 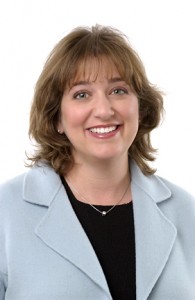 Binderman, who will begin her new post on Sept. 1, has been director of government affairs and advocacy for Voices for Georgia’s Children, a nonprofit organization that helps develop positive public policy for young people.

“Despite all the good work that had already been done and the promise of pre-K education, I’m more and more dismayed by the work we are not doing,” Binderman said in an interview. “The quality of our child care in this state is abysmal.”

Currently, Georgia serves more than 80,000 children in its pre-K program, which is funded through lottery revenues. There currently is a waiting list of about 7,000 children. And only half of Georgia’s 4-year-olds are in a pre-K program.

“Our goal is to ensure that every 4-year-old in Georgia has access to quality education,” Binderman said. “Ninety percent of a child’s development is from birth to 5.”

The Atlanta University Center Robert W. Woodruff Library will hold a ribbon-cutting to celebrate completing the first phase of its renovation on Aug. 26.

The first phase has been supported by the Robert W. Woodruff Foundation, the Coca-Cola Foundation, Bank of America and others.

Turner Construction has been the lead contractor for that renovation project, and it is working with the AUC to raise funding for the second phase of the renovation.

Phase II will help improve services that the library provides to its member institutions — Clark Atlanta, Interdenominational Theological Center, Morehouse College and Spelman College. It also will include having sustained long-term protection for the library’s collection of Martin Luther King Jr.’s papers.

Several dignitaries are expected to attend the ribbon-cutting, including Mayor Kasim Reed, Bank of America’s Geri Thomas and Coca-Cola’s Ingrid Saunders Jones as well as several of the AUC’s university presidents.

The program will include tours of the newly built Hughes Spalding and visits with patients of the children’s hospital.

The $43 million facility is the latest incarnation of the hospital that has primarily served the needs of African-American children, who often could not afford health care at other institutions.

The Upper Chattahoochee Riverkeeper will give longtime legend Ray Anderson its River Guardian Award at its 16th annual Patron Appreciation Dinner on Sept. 24 at the Georgia Aquarium.

Anderson, founder of flooring maker Interface Inc., has been one of the leading environmental voices in Georgia. Former Atlanta Mayor Shirley Franklin, last year’s recipient, will present the award to Anderson.

Other honorees at the dinner will include Georgia Tech, state Rep. Debbie Buckner of Columbus and state Rep. Doug McKillip from Athens.