Column: Shan Cooper talks about why she left Lockheed for WestRock

By Maria Saporta
As published in the Atlanta Business Chronicle on March 11, 2016

One of Atlanta’s senior women executives – Shan Cooper – stepped down as vice president and general manager of Lockheed Martin in Marietta on Feb. 5 so she could stay in town. Fortunately, she was able to stay in Atlanta by joining the executive team of WestRock, a Fortune 500 company that is co-headquartered in Richmond, Va. and Norcross.

“I’ve been with Lockheed for about 15 years, and Lockheed Martin does a really good job of moving people around,” Cooper said in a recent telephone interview. “When I came into the role at Marietta, it was a three-year assignment, but I was able to negotiate five years. Then like clockwork, it was time for my next assignment, and I was going to have to be reassigned.” 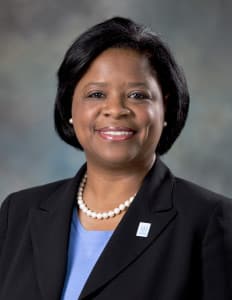 But Cooper didn’t want to leave. Her first grandchild (a girl) is on the way, and she has become rooted in the business community of Atlanta and Cobb County. It was while serving on the of the Metro Atlanta Chamber that Cooper met Steve Voorhees, CEO of WestRock.

“Steve is an authentic, wonderful individual,” Cooper said. “He started talking to me about his vision for WestRock, and it reminded me a lot of my Lockheed Martin journey. It seemed like a really good fit.”

WestRock named Cooper chief supply chain and technology officer. She is joining a company that today is a combination of Rock-Tenn and Mead West, a merger that took place last July 1.

“I was really impressed with Steve,” Cooper said, adding that she identified with WestRock’s culture of integrity, respect and accountability. “It was very important to me, and I was impressed with the whole notion of working together as one team.”

Looking forward, Cooper said: “I’m thinking this will be the last career move for me.”

The Girl Scouts of Greater Atlanta will honor Shan Cooper with its “Changing the World Award” at its Second Century breakfast on March 15 at the Piedmont Driving Club.

Cooper is being honored for having helped introduce hundreds, if not thousands, of Girl Scouts to STEM (science, technology, engineering and math)-related careers and inspiring them to break into what have traditionally been male-dominated fields.

“We celebrate Shan not just for her extraordinary professional success, but also for the significant impact she has made in our community, particularly in promoting STEM education and building the STEM jobs pipeline for women and underrepresented minorities,” said Amy Dosik, CEO of Girl Scouts of Greater Atlanta. “She truly exemplifies the Girl Scout ideals of courage, confidence, and character.”

The 2016 breakfast is being co-chaired by Kelly Barrett, The Home Depot Inc.’s vice president of internal audit and corporate compliance; and Lizz Patrick, founding attorney of the Patrick Law Group.

WestRock CEO Steve Voorhees, in a recent talk to the Rotary Club of Atlanta, opened his talk by pledging his support for Georgia Prospers, a group of business executives committed to nondiscrimination and who were concerned about religious liberty legislation that was being considered by the General Assembly.

But Voorhees spent most of his talk describing the new WestRock, a $15 billion company with 41,000 employees that makes cardboard packaging.

When asked where the company was headquartered, Voorhees danced around the topic. “That’s a tricky question,” Voorhees said. “We have 250 locations around the world. We are based in Richmond (home of Mead West). Our corporate executives are located in Atlanta. We have a significant presence in Atlanta and Richmond. Both businesses were successful.

Later, Voorhees said that in terms of the Securities and Exchange Commission, Richmond is listed as the headquarters, which means that WestRock does not qualify as one of Georgia’s Fortune 500 companies.

The Center for Civil and Human Rights is announcing the winners of its 2016 “Power to Inspire” awards.

The Center will honor four individuals who have made it part of their life’s mission to promote the causes of civil and human rights at home and abroad. 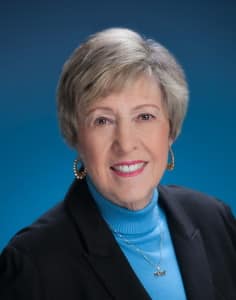 The second annual Power to Inspire Awards will be held on May 5 at the Center.

“Our honorees are inspiring, and this event recognizes their amazing contributions, while raising funds to ensure that every school age child in our region gets to experience the Center,” said

Deborah Richardson, the Center’s executive vice president. Based on the examples of those we are honoring, we hope our young people will gain the power and courage to stand up for what is right.”

*Sherry Frank, who served as the executive director of the Atlanta region of the American Jewish Committee for 25 years. During her tenure, the Atlanta Black-Jewish Coalition was co-founded by the late Cecil Alexander and Congressman John Lewis. 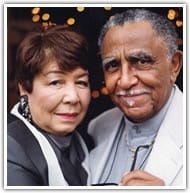 *Rev. Joseph Lowery and the late Evelyn Lowery, who helped inspire the establishment of the Center for Civil and Human Rights when Atlanta Mayor Shirley Franklin was in office. For more than 60 years, the Lowerys were on the frontlines of the American civil rights movement. Rev. Lowery received the Presidential Medal of Freedom in 2009.

*Sussan Tahmasebi has worked for more than two decades organizing and fighting for human rights for women in the Middle East. She is a founding member of the “One Million Signatures Campaign,” whose members traveled throughout Iran educating women on their human rights.

Tahmasebi was imprisoned on several occasions to stop her activism. She is featured in the Human Rights Gallery of the Center.