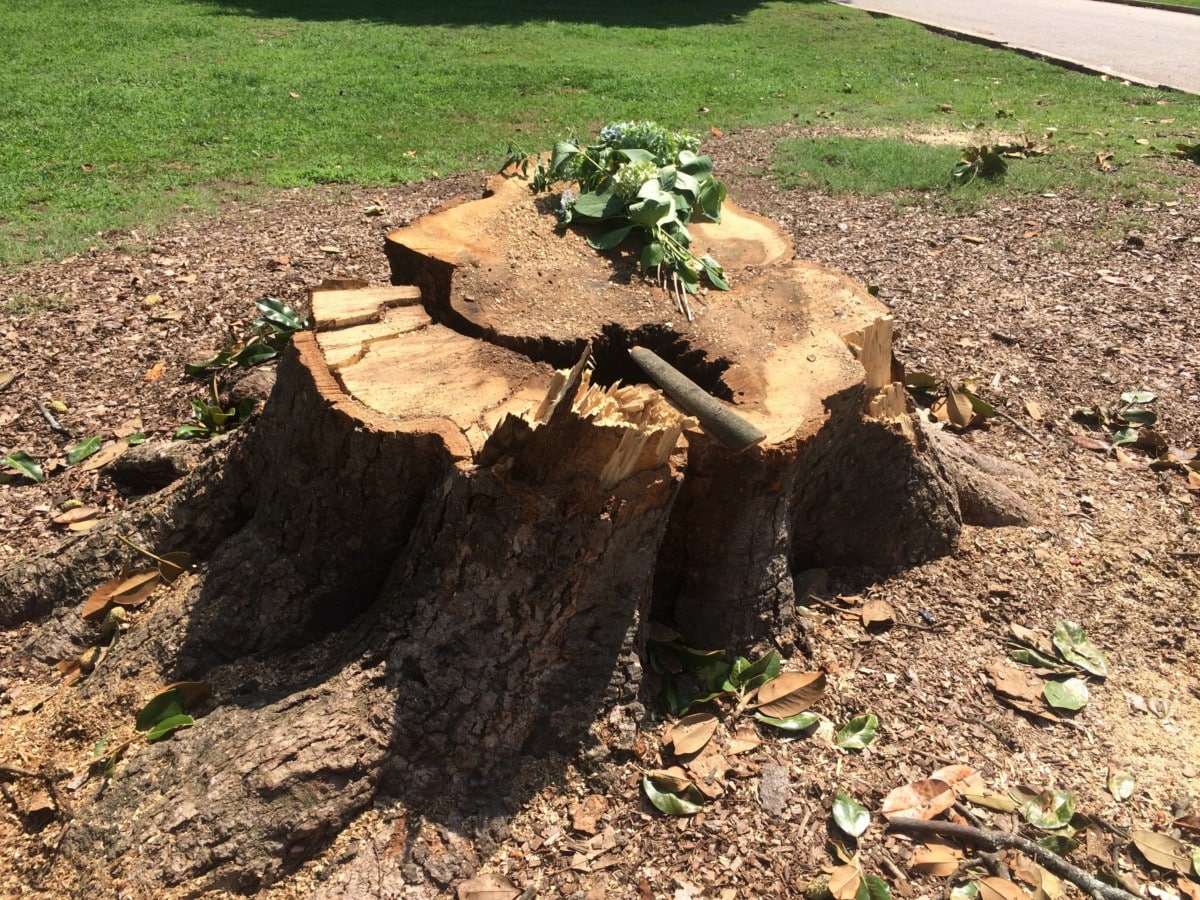 The trunk of the magnolia tree shows how it had rot at its core. Flowers were placed on the trunk to mourn its passing (Photo by Maria Saporta) 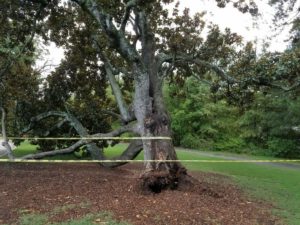 Growing up, Maria Saporta’s favorite tree to climb was one of the magnolia trees in Piedmont Park, which has sadly been cut down after a fall. COURTESY OF PIEDMONT PARK CONSERVANCY

One of the most popular trees in Piedmont Park – a stately magnolia near the bridge between the two lakes – toppled over in late July when its root plate cracked. The city quickly cut it down because it posed a danger to the public.

Growing up, my favorite tree to climb was that same magnolia tree in Piedmont Park. It had limbs stretched out like welcoming arms.

Almost every day, one could see people posing for photos next to the tree or sitting on one of the grand limbs reaching out at a perfect height for perching.

It’s hard to imagine a more people-friendly tree than the grand magnolia.

So when I walked to Piedmont Park – and saw the freshly sawed trunk surrounded by wood chips – it almost made me cry. It was as if part of me had been cut down.

There was a bouquet of flowers laid on the trunk – showing me that I was not alone in my grief.

A fellow park patron shared in my moment of sadness, knowing a mutual friend had passed on. Looking closely at the trunk, we saw that its core was rotten, understanding what had happened to the tree.

No storm or high winds toppled the tree. Just the weight of age and illness. It’s time had come.

Mark Banta, the president of the Piedmont Park Conservancy, estimated that the tree was about a hundred years old. They took a slice of the trunk so that they would be able to count its rings and determine its exact age.

Some suggest it may date back to the Cotton States Exhibition in 1895, one of the signature moments in Atlanta’s history, when the city was introducing the New South to the nation.

As I reflected on the grand magnolia tree, I realized that it had lived twice as long as I have. And yet, I felt as though we had grown up together.

Seasons pass, and trees like people, come and go – leaving an empty place in our hearts.