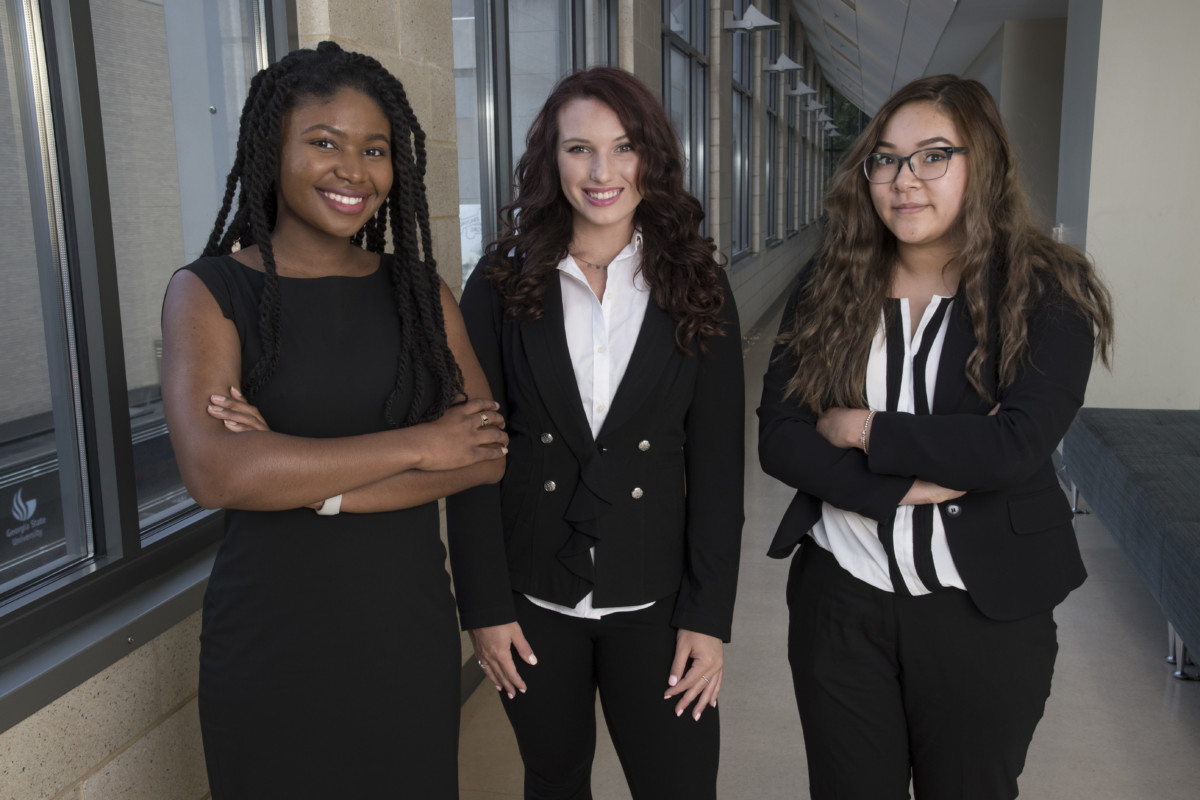 From left to right: Racqel Butler, Brenna Skalski and Mary Pham are Georgia State students who were in the Fall 2017 WomenLead class (Special: Georgia State University) 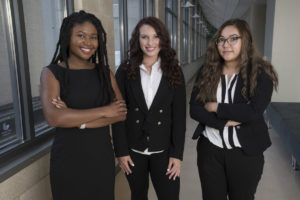