Committee for a Better Atlanta releases scorecard for November election

The Committee for a Better Atlanta, a nonpartisan group of business and civic leaders, unveiled its 2021 scorecard of candidates seeking office in the City of Atlanta.

Each candidate received a score based on CBA’s five platform priorities. 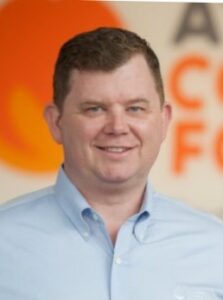 “The five big issue areas are improving public safety outcomes, equitable economic growth to aid the recovery, housing affordability for all, pragmatic leadership tethered to collective vision and accessible, connected and sustainable city,” said Kyle Waide, president and CEO of the Atlanta Community Food Bank who is serving as CBA’s co-chair along with Denise Quarles, head of external affairs for the Southeast Region at Siemens.

The two other officers of CBA are Dave Williams, senior vice president of public policy, infrastructure and government affairs for the Metro Atlanta Chamber; and A.J. Robinson, president of Central Atlanta Progress.

CBA membership includes many of the top companies and organizations in Atlanta.

Waide said CBA has been working on the scorecard for months – holding in-person forums, one-on-one in-person interviews and written questionnaires.

The committee split up the different races, but candidates in each of the races were reviewed by the same members. Candidates were scored based on their answers to the individual priority areas, and then those “scores got rolled up in an overall score,” Waide said. 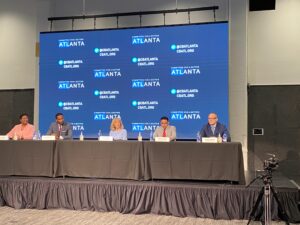 In the race for City Council President, two candidates received a score of “excellent” – Doug Shipman, former CEO of the Woodruff Arts Center; and Atlanta City Councilmember Natalyn Archibong. Courtney English, former chair of the Atlanta Board of Education; and Mike Russell, a retired U.S. Army officer; both were considered “well-qualified.”

CBA also scored candidates for each of the City Council districts. Not every candidate chose to participate in the process.

“We do have a number of well-qualified and excellent candidates for almost all the offices, and we feel like there are a number of options for voters who care about the same issues that the Committee has prioritized,” Waide said.. “The purpose of the process is to provide voters with another reference point to help them decide who are the right leaders to help us move forward. We believe this is a really important election.”

CBA was founded in 1996 by then Metro Atlanta Chamber President Sam Williams and Sam Massell, then president of the Buckhead Coalition. The purpose was to foster a healthy business environment by advocating a common business and civic agenda. It was formed to help Atlanta voters pick candidates in the 1997 elections.

The last time CBA released its scorecard was in 2017, an interesting reference point given the current scorecard. 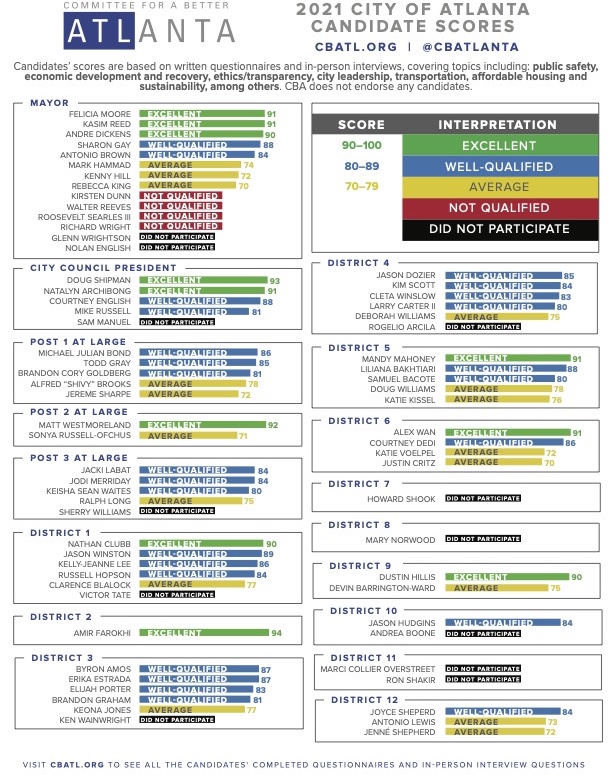