The complicated question of how many of us there are 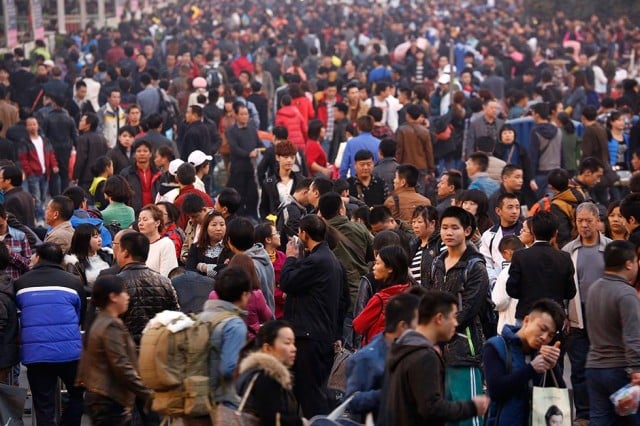 Back in the 1960s, when overpopulation was considered such an imminent threat that President Richard Nixon spoke of the need to address it, the world’s population was moving past 3.5 billion. Today it’s more than 7.5 billion.

Without question, this increase in our numbers has contributed to a host of problems, from resource depletion to frictions over immigration. But the way we think and talk about overpopulation is vastly different than it was when there were half as many of us to worry about it.

In the United States, the rise of the anti-abortion movement contributed to a change in the way we commonly talk about population control. Zero Population Growth, the organization founded in 1968 to raise the overpopulation issue, has since been renamed Population Connection. “Zero” has a connotation it didn’t have in the ’60s.

Across much of the developing world, the unprecedented movement from rural to urban areas and improvements in child mortality rates have brought about an enormous change. Large families that were an asset in impoverished rural communities, and a hedge against the losses wrought by infant mortality, are now a financial liability, and average family size has dropped steadily as a result.

In Europe and Japan, meanwhile, a new concern has given rise to a new term: “Schrumpf-Gesellshaft,” German for “shrinking society.” There, concern over population decline has outpaced worries about overpopulation.

The overall growth in the world’s population has continued, but in this century, for the first time, the rate of growth has slowed. It took a year longer for the world to grow by a billion to 7 billion than it had to grow from 5 billion to 6 billion. As a result, estimates for how crowded the world will be by the end of the century vary from 7 billion to 17 billion.

In other words, we just don’t know. And there is news which is likely to add even more to the uncertainty.

Yi Fuxiang, a Chinese-born researcher at the University of Wisconsin who has long questioned Chinese census estimates, raised a stir recently at a conference in China when he suggested that India may be the world’s most populous country.

Both India and China implemented and later abandoned draconian programs to control their growth: forced sterilization programs in India, and China’s one-child policy, which only began to be phased out in 2015. But India’s growth rate is much faster. The official United Nations estimate is that it will overtake China by 2022. What Yi has done — stirring up a good deal of controversy in the process — is move up that timetable by a giant leap.

Yi argues that the one-child policy had a much greater impact than the Chinese have officially acknowledged. If he’s right, China population has been overstated by about 90 million, or the equivalent of two Spains.

China’s economy is still about five times larger than India’s, but the question of population size still matters as a point of pride between the two countries, and to some extent in the way they are regarded nationally. A miscalculation in China could be enough to affect the size of the world’s population. To an observer from 50 years ago, what would be remarkable is that the competition between the two countries is pitted around having more people, rather than less.

That this could be possible is due in no small part to one of the most important people of the last century, an Iowa-born agronomist named Norman Borlaug who is considered the father of the Green Revolution. But not for his heroic efforts in the 1960s, the consequences of population growth might well have been as dire as Paul Ehrlich and others were predicting at the time.

Borlaug’s achievement, doubling the cereal production of India and Pakistan in less than a decade and working much the same change in Mexico, stands as one of the great scientific achievements, as well as the foundation for the emerging global economy.

The next Norman Borlaug will have another challenge. While we have saved ourselves from mass starvation, we have strained our oceans and rivers to the saturation point and created a food system dependent on daily miracles of transportation. We don’t call it the population explosion anymore, but it still bears heavily on events.