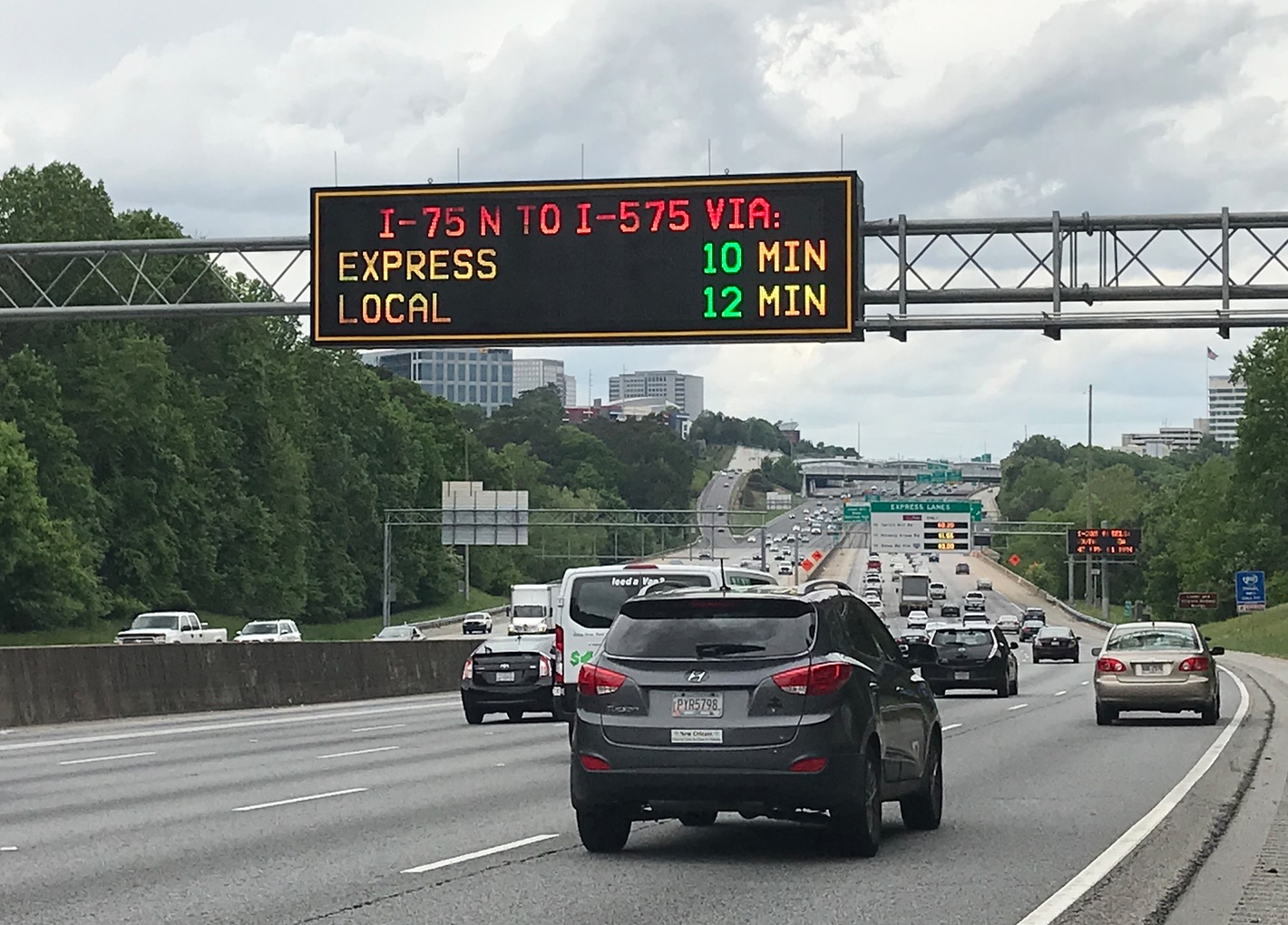 Congestion pricing manages traffic with money instead of time. Without congestion pricing, we pay by sitting in traffic. With it, we pay a small fee and get a shorter trip. The HOT lanes on I-75 in Cobb and Clayton counties and on I-85 in Gwinnett County are examples of how this works, except with congestion pricing there are no “free” lanes. 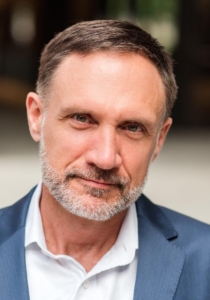 In a congestion-pricing program, you are charged a variable fee based on congestion levels for traveling into high demand districts like Buckhead, Midtown, or Downtown. During off peak times, the fee would be low – say 50 cents – but during peak periods it could be $5 or more. Fees would be collected using Peach Pass or license plates, as they are on HOT lanes and turnpikes throughout the U.S. The BeltLine is a ready-made cordon for Downtown and Midtown. Other districts could use smaller cordons or simply leverage pinch points – Peachtree Road between Ga. 400 and Piedmont Road, for example.

The fee should be linked to traffic congestion. The only waivers should be for emergency vehicles and transit vehicles. Revenue should be used to improve alternatives to driving.

There are LOTS of details to work out, but first, let’s do a quick check on feasibility. Because congestion pricing can only happen if we can convince enough people that it’s the right thing to do.

Yes. Congestion pricing is the least unfair way of managing traffic congestion. That’s partly because it does double duty. Not only does it operate as a disincentive to driving in the most congested areas at the most congested times, it also raises revenue we could use to make alternatives to driving more appealing.

So congestion pricing is the leafy green salad and three-mile jog of transportation management – we should do it because it’s good for us and will make our lives better. But like dieting, effective transportation management is hard because it requires us to change something we’re accustomed to. As soon as someone says “alternative transportation,” many of us can only think of that bacon-laced, sauce dripping SUV with the large size fries of a sound system and the big gulp of the 4-second, zero-to-60 acceleration. And like managing calories, managing transportation is really about managing our emotions.

To do that, we need to consider the arguments against congestion pricing and deliberately, slowly, and respectfully rebut them as we wait patiently for reason to prevail. 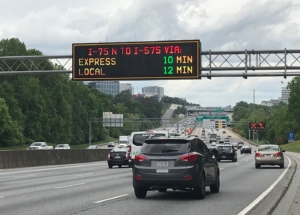 Commuters have embraced the toll lanes that opened last autumn along the Northwest Corridor, and revenues from congestion pricing have exceeded expectations, according to Moody’s Investors Service. Credit: GDOT

I’ve heard five big arguments against congestion pricing: (1) Equity: It isn’t fair to low income people; (2) Competition: It will make districts with congestion pricing less competitive than districts without it; (3) Alternatives: There aren’t sufficient alternatives to driving; (4) Technology: Autonomous vehicles will make congestion disappear; and (5) Competence: Government bungles everything and can’t be trusted.

If you will, allow me to begin the rebuttal.

We live in a dramatically unequal society. Atlanta has the lowest social mobility in the country and professionals make many times more than workers – a situation that stubbornly doesn’t seem to be changing. Congestion pricing programs charge the same amount to everyone driving, regardless of income. If driving is the only way to get around, a flat fee is economically regressive – low income drivers pay a higher percentage of their income towards it.

Rebuttal: Many low-income people already take transit. Furthermore, to soften the impact on low income people, following ideas promoted by longtime urban planner Tom Weyandt, we should take the revenue earned from congestion pricing and, (a) use it to reduce fares for transit to/from low income areas, and (b) use it to build affordable housing within or close to the congested area. Big employers who are concerned about impact to low income workers driving into congested areas should consider hourly raises to offset the congestion fees.

When congestion pricing is applied in one district, some business owners and residents may choose to move out. Real estate investors could lose money and developers could be less likely to build in this district.

Rebuttal: Already attractive districts such as Buckhead would become much more attractive with less congestion and better transportation alternatives funded by congestion revenue. Replacing some congested travel lanes with leafy walkways and sidewalk cafes makes me want to be in Buckhead rather than avoid it. Businesses and residents who leave will be replaced by businesses and residents who value a livable Buckhead. 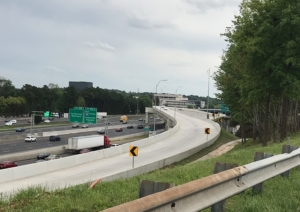 The northbound toll lane along the Northwest Corridor is sparsely used in off-peak times, such as 3 p.m., but usage rises as traffic congestion increases on I-75 North. Credit: David Pendered

The goal of congestion pricing is to get drivers to take alternatives. But what if those alternatives aren’t yet available? MARTA doesn’t work for most travelers in Atlanta. Biking, scootering, and walking only work for small numbers of people. Most Atlantans are dependent on their cars and will have to pay a new fee, which will infuriate them.

Rebuttal: Two things: (1) Congestion pricing doesn’t require everyone to take the bus to be effective. We need people who CAN take the bus/train to take it; for those who CAN travel at off-peak times or work from home to do so; and for those who CAN bike or scooter to do so; etc. Those who must drive will pay the fee but will be rewarded with better travel times compared to the base case; (2) We need money to pay for expanded transportation alternatives. Congestion pricing allows us to raise that money at the same time as incentivizing people to use the systems we’re building – the proverbial win/win.

The need is great and hope is high that autonomous vehicles will make traffic congestion disappear. And because people are both hopeful and unwilling to change, there is a tendency to oppose fees and taxes that could be used to reduce traffic congestion and build transportation alternatives now before the magic happens.

Response: AVs will sit in the same traffic as every other vehicle until everyone has an AV (or better, everyone has affordable access to an AV service). To speed arrival of the AV revolution, we should price the roads today to reduce congestion and open up road space for autonomous shuttles and other multi-passenger vehicles. The pricing mechanism is a useful tool on many projects.

When confronted with having to pay for something that was previously free, we will hear about how poorly the government is doing its job and calls for politicians to resign and investigations to be held, etc. The City of Atlanta isn’t well organized, regional governance is weak, and the State of Georgia isn’t always a great partner.

Response: Yes, there is work to do. The city’s proposed Department of Transportation, championed by Mayor Keisha Lance Bottoms and Councilmember Andre Dickens, will definitely help. And we’ll need member jurisdictions in the Atlanta Regional Commission to ensure that the Perimeter CIDs and Cumberland CID, et al., work towards the same goals as Downtown, Midtown, and Buckhead. We’ll also need the State of Georgia to allow us to implement congestion pricing but not take the money. Instead, 50 percent of the money should be used by the ARC to ease congestion, and 50 percent should be used by the cities to build affordable housing in and near congested areas. In the end, a congestion-pricing program run as effectively as the Georgia Department of Transportation has managed the HOT/Express Lane projects will improve our view of government. 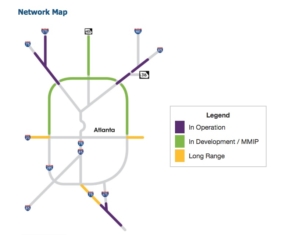 Georgia’s long-range highway mobility plan for metro Atlanta envisions a network of toll lanes on certain heavily traveled roads, but not on major routes within the urban core or on some stretches south of I-20. Credit: GDOT

Yes, congestion pricing is the right thing to do and, yes, we should do it. But it won’t be easy and it won’t come quickly. Congestion pricing was first seriously discussed in New York City in 2007 – it took 12 years and nearly catastrophic congestion to win political approval and that’s before the real work of implementation begins.

Below are 10 steps I see we would need to take to make congestion pricing work in Atlanta: