Across the 50 states, there are 2.6 million Black-owned businesses that generate more than $138 billion in revenue annually. Georgia is among the nation’s leaders as Black entrepreneurs and Black enterprise flock to our state to launch new business to create jobs and wealth. 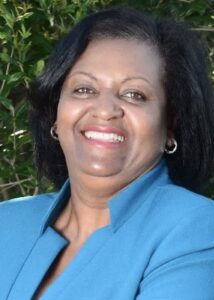 Most business-owners got their start because someone took a risk and invested capital because they had a good idea – from building car washes to launching a series of hair salons or apartment complexes or BBQ restaurants. These risk-takers should be honored as heroes in their local community, helping to foster prosperity, as they are the backbone of our nation’s economy.

Unfortunately, just as our economy is starting to rebound after the COVID-19 pandemic, some members of Congress are pushing a misguided business investment tax that will make it harder for Black-owned businesses to receive critical private investment needed to launch or expand their business – and succeed in times ahead.

Known as carried interest, Congress is seeking to eliminate a provision whereby investors would have to pay taxes on their investment right away instead of after a project starts earning profits. In many cases, it can take years for an investment to pay off and earn a profit.

The House Ways & Means Committee recently included this destructive tax increase in a proposal to the upcoming $3.5 trillion spending plan. “The Biden administration has marketed this proposal as an ‘investment in our economic future,’ but it would hurt the very Black-owned businesses they purport to help,” said Larry Ivory, chairman of the National Black Chamber. 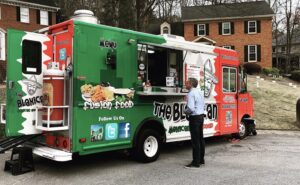 The Blaxican Food Truck that travels metro Atlanta is among more than 8,900 Black-owned businesses that employ 83,000 workers in Georgia. (Photo from facebook.com)

Despite the many hardships already faced by Black business owners during the pandemic, private investments have been a promising new source of growth for the African-American community. In fact, in the first half of 2021 alone, Black business owners secured nearly $1.8 billion in investment funding nationally, an increase of 450 percent from the same period last year and nearly double the total investments made in Black entrepreneurs in all of 2020.

Now is not the time to impose restrictive tax hikes on one of the most promising avenues of growth for Black entrepreneurs.

With all this being said, the economic devastation that the COVID-19 pandemic continues to have on businesses across America, is far from over. The pandemic has wreaked havoc on businesses of all sizes in all 50 states, yet African American-owned businesses have been disproportionately hurt more than any other racial group.

In fact, 58 percent of Black-owned businesses reported being financially distressed due to the COVID-19 pandemic. From February to April 2020, Black business ownership dropped by a crushing 41 percent. And although the total U.S. unemployment rate fell to 5.4 percent in July of this year, it remained a staggering 8.2 percent for Black workers. Which begs the question, Why would Congress implement a tax to harm Black-owned businesses?

All of this is also not to suggest that African-American businesses would be the only ones hurt by this proposal. More than 14,000 businesses across America that employ nearly 12 million workers depend on similar investments to hire workers, grow, or simply keep the doors open.

At the Greater Georgia Black Chamber of Commerce, we are dedicated to economically empowering and sustaining African-American communities through entrepreneurship and capitalism. The success and well-being of our nation’s Black-owned small businesses are vital to the overall health of our domestic economy.

America’s Black small business community is robust and strong, but we urge Congress to oppose any and all efforts to include this misguided business investment tax in the upcoming $3.5 trillion budget proposal.

Note to readers: The Greater Georgia Black Chamber of Commerce was formed in 2015 and serves supports Black-owned businesses in all of Georgia’s 159 counties.