When the COVID-19 pandemic hit last March, the digital divide’s impact on public schooling became starkly clear. Now, as the surge in COVID cases forces some classrooms across the state to temporarily resume virtual learning, it’s more important than ever to ensure every student has the connectivity and digital tools they need to learn. 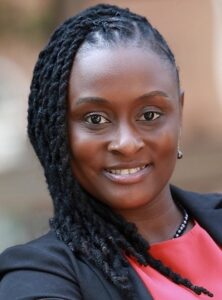 Atlanta Public Schools’ ambitious efforts last year to equip every student with laptops and a home broadband connection became a model for cities across the country. The infrastructure bill advancing in Congress mirrors that success in a lasting way.

The results from Atlanta’s Get Our Kids Connected program offer a clear roadmap.

APS invested $25 million to distribute 48,689 Chromebooks and iPads to help students with virtual learning last school year. We forged partnerships with internet service providers and distributed 15,361 hot spots or in-home connections. Intensive outreach ensured these resources reached those families most in need. Student log-in rates then soared from 70 percent in March 2020 to 99 percent by early 2021.

In Washington, the U.S. Senate has approved a bipartisan infrastructure bill that includes a similar approach to get every American connected: Subsidizing home broadband costs and devices for low-income households and investing in digital literacy and outreach programs to encourage eligible families to sign up.

Combined with tens of billions of dollars to build broadband in unserved rural communities, this bipartisan plan represents the most ambitious federal investment ever made to get all Americans connected to a digital future. 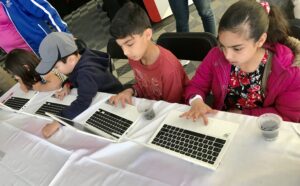 Pupils of Atlanta Public Schools displayed their computer skills at a science fair at Piedmont Park in March 2019. After the pandemic arrived, APS promoted distance learning with take-home laptops and a broadband connection at home. (Photo by Kelly Jordan)

According to a report by Pew Research, roughly four in 10 low income adults do not have home broadband services, a desktop, or a laptop computer. While an estimated 96 percent of Americans have broadband service available where they live, almost 25 percent don’t subscribe.

To tackle this challenge, several cities across the country have launched partnerships mirroring APS’s Get Our Kids Connected program. Then in December, Congress bolstered these efforts by creating an Emergency Broadband Benefit (EBB), providing a $50 broadband subsidy for low-income homes and up to $100 to help buy an internet-ready computer or tablet.

More than 4.5 million households nationwide have already signed up.

The infrastructure bill antes up an additional $14 billion to extend this low-income subsidy for years to come. It has the enthusiastic support of the big hitters in the civil rights movement, from the National Urban League to the Leadership Conference on Civil and Human Rights. These leaders argue that direct assistance is the most direct and effective approach to get the low income connected – a view backed up by the fact that low-income discounts offered by leading ISPs have already helped 14 million Americans get online. 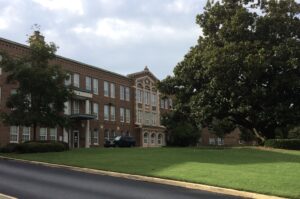 But the infrastructure bill’s Affordable Connectivity Program is only part of the solution. In fact, in some cases, even offering free broadband isn’t enough to get some to sign up. What’s also needed is a massive digital literacy campaign and outreach effort by community leaders to reach the most disconnected – and often disaffected – of our neighbors, to inspire a better appreciation for the life changing potential the Internet offers.

Each community needs to usher a new generation of digital evangelists with on-the-ground credibility to bring the word into disconnected communities. We need relatable leaders who can teach the necessary skills while creating a sense of enthusiasm and excitement for the possibilities that await online. The infrastructure bill commits the resources to fund this vitally important outreach – but local leaders on the ground in our neighborhoods will be the ones to make it succeed.

Tearing down the digital divide is the civil rights issue of our time. Atlanta’s remarkable progress over the past 18 months offers a roadmap for the nation. Let’s hope Congress now follows our lead.