By Guest Columnist JOHN SIBLEY, former president of the Georgia Conservancy and a concerned citizen

Georgians have many joys in common, but is any greater than the moment when our coastal marshes break into view? The majesty and vastness of our marshes touch something essential for the human spirit, lifting it every time.

And that moment also reminds us of our shared history and joint obligation to be the best stewards we can be of the natural wonders with which our state is so greatly blessed.

We can rightly take pride that we have cared for our marshes better than our neighbors. We offer a world-class landscape that no other state can match.  We invite the world to come and see what we have saved – and to enjoy the bounty from this remarkable ecosystem. 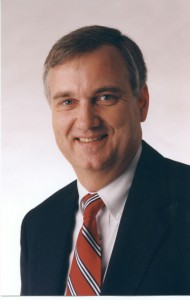 How lucky we are that some of Georgia’s heroes in conservation – Sen. Reid Harris, Dr. Eugene Odum, Ms. Jane Yarn and others – recognized the economic, cultural and ecological significance of Georgia’s marshlands and worked to pass the Coastal Marshlands Protection Act in 1970.

Georgia’s 387,000 acres of salt marshes offer a retreat for all who escape to the peace that they provide. The tourism that they support contributes nearly $2 billion to coastal Georgia’s economy.

They also provide habitat for hundreds of thousands of animals and fishes and support income for fishermen and women dependent on their riches.  In fact, our commercial and recreational fisheries generate nearly $400 million per year.

Since 1975, with passage of the Erosion and Sedimentation Act, Georgia has boasted two statutes to protect these vital resources and support our economy. The E&S Act was designed to “…strengthen and extend the present erosion and sediment control program to conserve and protect land, water, air and other resources of this State.”

One of the most effective practices for protecting our resources under the Act is the 25-foot buffer around waters of the state within which land-disturbing activities are restricted.

It was the settled interpretation for many years that this buffer protects our marshes. In April, however, Georgia’s Environmental Protection Division decided that the buffer would be recognized only along water bodies that have a line of “wrested vegetation” (meaning “twisted” or “pulled away”) as the point at which a buffer begins to be measured. Unlike the bank of a stream where water rushes, the boundary between marsh and upland is rarely marked by a line of wrested vegetation.

The EPD’s approach left hundreds of thousands of acres of Georgia marshes vulnerable to the contamination the Act was adopted to prevent.

The Division’s decision departed not only from settled practice, but also from common sense. It strayed from the intent of the Erosion and Sedimentation Act and undermined the purposes of the Coastal Marshland Protection Act.

The Georgia Court of Appeals has now ruled that the EPD’s interpretation was wrong. Last week, the court decided that the buffer requirement does not apply only to state waters with wrested vegetation.  It protects all waters of the state, including marshes.

The Court’s decision is right for Georgia, both as law and as policy.  It should be allowed to stand.  To the extent that the decision leaves any ambiguities, the governor – be it a re-elected Gov. Nathan Deal or a first-termer Gov. Jason Carter – along with members of the General Assembly can work during the next session to ensure that the protections of the Erosion and Sedimentation Act apply fully to coastal Georgia’s marshlands.

Georgians of every bent love our marshlands and support their protection.

Let’s uphold the legacy and vision of conservation leaders and other Georgians across the political spectrum who showed the way 40 years ago.  Let’s be vigilant in protection of our world-class coastal landscape.