Fulton County is hiring a company to crack down on homeowners who get tax breaks through homestead exemptions that they’re not legally entitled to receive. 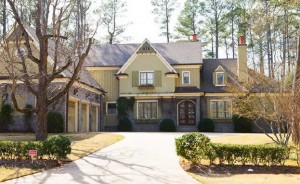 Fulton County intends to audit all available records to ensure that each property that receives a homestead exemption is due the tax benefit. Credit: atlantafinehomes.wordpress.com

Fulton commissioners intend to hire an auditor on Wednesday whose job is to comb a wide array of records in order to identify and bring to justice all homeowners who receive an undue exemption. The auditor’s final report is due by June 30, 2013.

The audit is a double-edged sword for some county taypayers.

On the other hand, the audit could be painful for homeowners who’ve been clobbered by the downturn in both employment and real estate. Some possibly have taken jobs elsewhere and are renting a dwelling that is now their primary residence, but continue to take the homestead exemption in Fulton County to lessen the financial hit of paying for two homes. Taxpayers in this position no longer will qualify for the exemption on their Fulton County dwelling. 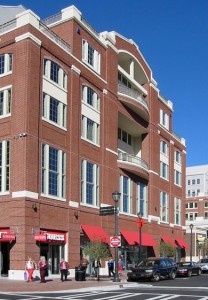 Fulton County intends to peruse all available records to ensure that no homestead exemption is awarded to an owner whose primary residence is not the home that receives the tax benefit. Credit: Atlanticstationonline.com

According to the county’s bid proposal, the auditor will examine documents such as:

The auditor will be paid up to 19 percent of back taxes that are collected as a result of its work.

The county intends to hire a subsidiary of Xerox Corp. named ACS Enterprise Solutions, LLC. The company is based in Dallas and was formed in 1987 to provide software and technology outsourcing services to clients in the government sector, according to Businessweek.com.

ACS Enterprise Solutions incorporated in Georgia in 1987, according to the Georgia Secretary of State. Its address in Georgia is listed as the Norcross office of the agent that incorporated the company, records show.

Representatives of 11 companies attended a pre-proposal conference on July 10 and four submitted proposals, records show. Xerox was represented by Royce Lain, whose linkedin.com profile states he is based in Kansas City, Mo. and is a national vice president of sales with ACS.

The county has not published on its website the score sheets of the four companies that bid for the job. The evaluation form showed that 10 percent of the score was for companies that have an office in Fulton County. The highest potential score – 25 percent – was awarded for the project plan/approach to work.

There’s no way to predict the number of scofflaws or the amount of back taxes that can be collected, according to county records. All of that information is to be determined by the audit.