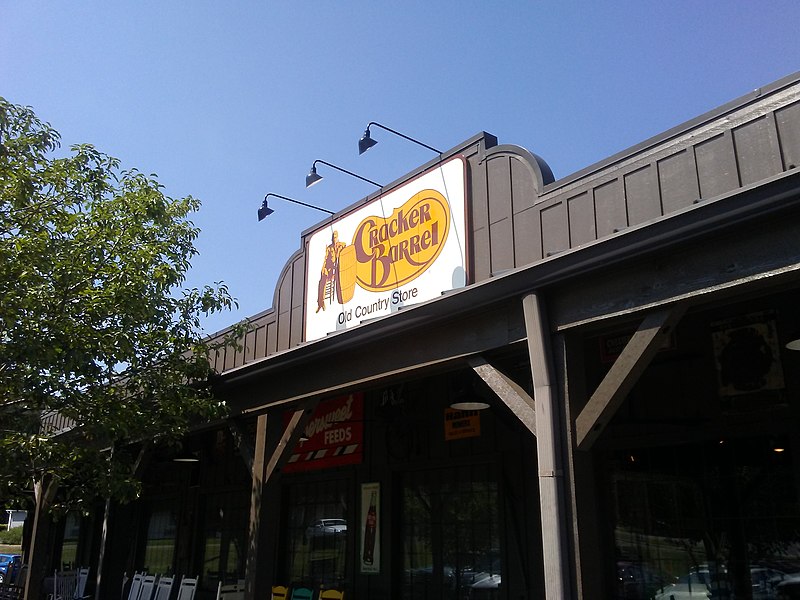 When word reached the corporate offices of Cracker Barrel last week that an anti-LGBTQ pastor and his group planned an event at one of its restaurants in Tennessee, the company released a sharply worded statement barring them.

“We serve everyone who walks through our doors with genuine hospitality, not hate, and require all guests to do the same,” it said.

It would have been hard to foresee this back in 1991, when Cracker Barrel instituted a ban on hiring gays and lesbians and fired nine employees. But then there are a lot of things that would have surprised the generation of gay and lesbian activists who boycotted Cracker Barrel back in the 90s. Who would have thought gay marriage would not only be the law of the land by now, but would still be on solid legal ground while cracks were appearing under Roe v. Wade?

Cracker Barrel resisted changing the policy for more than a decade, and didn’t really change until it worked out a non-discrimination agreement with the Justice Department, after an investigation found it had also discriminated against African-American customers.

In one particular way, the about-face at Cracker Barrel has been a microcosm of the larger story being celebrated in Gay Pride Month festivities around the country: Welcoming a broader range of customers has been great for business. Since CEO Sandra Cochran took the helm in 2011, the company’s stock has risen 325 percent, and the chain of country-style restaurants is growing in size.

Winning the economic battle has proved easier for the LGBTQ movement than the political battle, although there also it has registered strides, such as South Bend Mayor Pete Buttigieg’s surprising progress in the race for the Democratic presidential nomination. Where money speaks directly, social change has been more easily accomplished than in the political sphere, where money speaks indirectly. When Cracker Barrel released its statement last week it was praised not only by progressive activists but, in a tweet, by Double Cola, which is served by the restaurant chain.

As guest columnist Eric Paulk discusses elsewhere on this site,  there has been a recent uptick in anti-LGBTQ violence, and a survey paid for by GLAAD shows a surprising tendency by younger Americans, particularly women, to be less accepting of LGBTQ people, even as acceptance grows in other age groups. How much of that can be attributed to the rise of Donald Trump is one of those endlessly debatable subjects.

His record these issues has been especially feckless. He banned the service of transgender troops in the military, but he is the first Republican president to recognize Gay Pride Month (in a tweet) and several of his appointees are gay, including U.S. Ambassador to Germany Richard Grenell, who has announced he will lead a campaign to decriminalize homosexuality worldwide.

The best encapsulation of LGBTQ policy under Trump, or the lack of it, may be the story of the rainbow flags. When Barack Obama was president, he permitted the display of the rainbow flag at U.S. embassies, provided they were smaller and flew lower than the American flag. Last year the Trump administration began requiring that embassies get approval before displaying the flag, and this year it reported rejected all embassy requests. But in what one diplomat called “a category one insurrection,”
several embassies have found imaginative ways to get around the ban.

The right-wing populist leaders of the old Warsaw Pact nations, the Philippines and Brazil have been much more direct and outspoken in their opposition to LGBTQ rights, in some cases sounding more like the Tennessee pastor who Cracker Barrel banned after he called for the execution of gays and lesbians.

Last week the streets of Sao Paulo were filled twice with massive crowds, one of evangelical Christians who heard the new president, Jair Bolsonaro, vow his opposition to a law outlawing homophobic crimes, and the other one of the world’s largest Gay Pride marches. The conflict seems much closer to a boiling point there than it does in the United States.

Previous Article
Let’s save Morris Brown before gentrification does it in
Next Article
Andrew Young Presents: The Color of Money