Creating a ‘trail of prosperity’ with high-speed Atlanta—Savannah rail

Another decade, another dream.

In the past several weeks, Atlanta Mayor Kasim Reed has been floating a grand new vision for Georgia — connecting Atlanta and Savannah with high-speed rail.

“We can create a trail of prosperity between those two regions,” Reed said last week during a talk at the Commerce Club.

According to Reed, he started to focus on the idea after hearing the complaints of a server at one of his favorite restaurants that Atlanta was not close enough to the coast and the ocean.

But if Atlanta and Savannah were connected by a modern-day, high-speed train going an average of 200 miles an hour, the coast would be within a 75-minute ride from Atlanta.

Such a train would change the complexion of Georgia — from two Georgias with two different economies to a state with a transportation infrastructure that could help reinforce the notion of Georgia becoming “the logistics hub of the Western hemisphere” in the 21st Century.

“We stand here on the precipice of great things,” said Reed, who freely admitted that he’s been focusing on the basics of running a city. “But the basics should not stop us from dreaming what our city should be. We can’t be afraid of doing large things.” 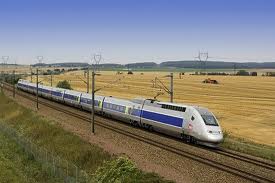 The TGV train in France, which can travel at speeds of 235 miles an hour

Reed’s comments took be back to April, 1985. Then-Lt. Gov. Zell Miller was on a trade delegation to France to celebrate the inaugural Delta Air Lines flight to Paris.

During the trade mission of 150 Atlantans, Miller experienced the TGV, which stands for “Tres Grande Vitesse” or high-speed, from Paris to Lyon traveling at about 163 miles and hour.

“This is not an idle dream for Georgia,” Miller said during the ride.

He continued as though he was talking to himself: “You just don’t end the euphoria of a trip to Lyon. You completely dedicate yourself to it. It’s something that I’m interested in enough to pursue. It’s a fascinating concept for the future of Georgia, but I’m a practical and realistic politician.”

Also on that trip was then-Atlanta Mayor Andrew Young who shared the same vision. 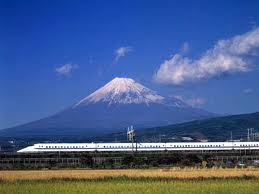 Despite being elected governor a few years later, Miller fell short of following through on the dream of bringing high-speed rail to Georgia.

After the 1996 Summer Olympic Games, metro Atlanta business leaders wanted to make sure the state’s economy would continue to prosper.

The Southeastern Economic Alliance was formed a dozen years ago, and it was politically well-received by several key leaders. Then-U.S. Rep. Johnny Isakson (now a U.S. Senator) convened a high-speed rail summit in Atlanta in 2002 to focus on the idea. 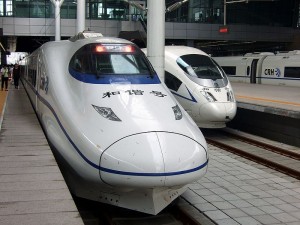 “I’m very excited about it because it’s a project that could work,” Isakson said at the time. “The federal government could be a partner in providing capital funding to make it happen if the states can provide the money to operate the system.”

The co-chairman of the Southeastern Economic Alliance was Milton Jones, who was then the MidSouth president for Charlotte-based Bank of America.

“I love the idea of the Southeast corridor being the demonstration project,” Jones said at the time. “But we’ve got a lot of work to do before that can happen. It’s going to take a team effort across the Southeast.”

Unfortunately, there hasn’t been much to show for those efforts.

But then our hopes were lifted again in 2009 when a newly-elected President Barack Obama got on board the high-speed rail movement.

On April 16, 2009, Obama announced a new vision for high-speed rail and intercity passenger rail in the United States.

“Imagine whisking through towns at speeds over 100 miles an hour, walking only a few steps to public transportation, and ending up just blocks from your destination. Imagine what a great project that would be to rebuild America.” 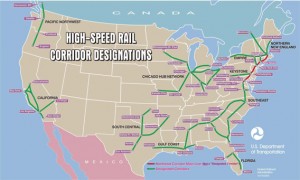 But with the Great Recession and with only lukewarm support from state partners, the high-speed rail movement in the United States has been slow going.

Meanwhile, countries around the world continue to build out their high-speed rail networks — leaving the United States still in a catch-up mode.

But several high speed rail corridors in the United States have been designated, and Atlanta actually would fare quite well with proposed lines northeast to Charlotte and Virginia, southwest to New Orleans and southeast to Jacksonville. (What’s missing is a northwest line connecting Atlanta with Chattanooga, Indianapolis and Chicago).

Surprisingly, the already-designated high-speed rail corridor from Atlanta to the coast currently is not designed to serve Savannah. Perhaps Reed, working with his Republican partner Gov. Nathan Deal, could convince U.S. Transportation Secretary Ray LaHood to tweak that line so that we could resurrect the modern day version of the Nancy Hanks.

“This is what I believe as a leader of the capital city,” Reed said. “I believe I can be helpful in achieving that vision. People in our community want a vision of what is next.”

Next week: The merits of investing in our rail infrastructure.