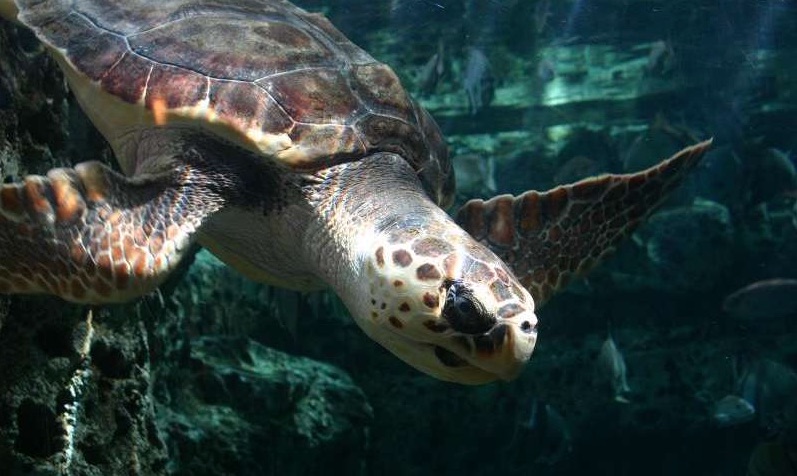 Researchers call it “CSI for sea turtles,” and the process uses DNA collected from eggs to answer questions about nesting habits of loggerhead sea turtles. 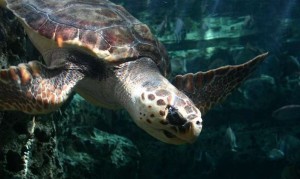 Female loggerhead sea turtles are now monitored via their DNA by researchers at the University of Georgia. Credit: Sandi Martin/UGA

The University of Georgia commenced genetic tagging on a limited basis in 2005. The program has become so acclaimed that it’s featured in the 2015 edition of, “State of the World’s Sea Turtles,” a report produced by a partnership including Oceanic Society, Duke University, and a handful of scientific and conservation organizations.

Some of the data included in a 2009 grant proposal is astounding:

This is the type of information researchers have gleaned through the genetic fingerprinting of 7,573 sea turtle mothers who laid eggs in more than 34,500 nests.

Researchers are looking for methods other than tagging turtle flippers to monitor the threatened species. Tags have provided a wealth of information, but are prone to fall off. Spotting tags also requires constant vigilance of nesting areas, which isn’t feasible.

Samples have been taken in Maryland, Virginia, North Carolina, South Carolina, and Georgia. Turtles nesting in these states are genetically different from loggerhead turtles that nest in other states and countries, according to seaturtle.org.

Procedures used in the Northern Recovery Unit Loggerhead DNA Project were developed by Brian Shamblin, an assistant research scientist, and Joe Nairn, a professor, at UGA’s Warnell School of Forestry and Natural Resources.

Timing is of the essence in this research, as are the volunteers who locate nests.

To get the best results, eggs have to be collected within 24 hours after they are laid. Any longer, and the DNA from the embryo begins migrating into the inner membrane of the shell, transporting DNA from both parents. The result is the DNA test would be of the offspring, rather than the mother, according to the grant proposal. The maternal nuclear DNA is contained between layers of the inner shell membrane.

After a nest is located, researchers arrive and collect one egg from each nest. Nairn and Shamblin test the shell for DNA, and other researchers study the yolk to determine where turtles forage between nesting seasons.

“Thanks to collaboration with the great beach monitoring network who collect samples, we are producing demographic data on a scale that would be impossible with conventional tagging,” Shamblin said in a statement. “Understanding marine turtle behavior requires combining several different approaches, and genetic tagging is another technique that we’ve added to the toolbox.”

The researchers estimate the process requires the sacrifice of less than 1 percent of all eggs laid during a nesting season. In South Carolina, in 2009, about 1,700 eggs were sacrificed for DNA testing, compared to an estimated 22,000 eggs lost to the natural course of events, according to the grant proposal.

The project has received $2.5 million through various funding opportunities, including a $1.3 million grant in 2013 from the Georgia Department of Natural Resources, using funds from the National Oceanic and Atmospheric Administration, according to a report on the project’s Facebook page.

Loggerhead sea turtles are the most abundant of sea turtle species in U.S. waters, but have been on the threatened species list since 1978 because of population declines linked to pollution, development of their habitat, and shrimp trawlers, according to nationalgeographic.com. The major rookeries include the southeastern coast of the U.S., and Oman in the Arabia Sea, Nairn said in a statement.

Here’s the dire outlook of loggerhead sea turtles, according to nationalgeorgraphic.com:

Previous Article
Technology + Nonprofits: The Perfect Match
Next Article
Minus the South: Donald Trump and the Old Union