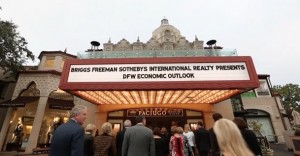 Metro Atlanta is no slouch at self-promotion. But the region’s strongest calling cards of late have been Atlanta’s airport and proximity to the Port of Savannah. A sense of regional identity stills sounds aspirational when it’s addressed by various civic leaders.

This is why a full-page ad run in the Dec. 26 edition trumpeting the DFW is of note – especially when that ad appears to have been purchased by a single business. 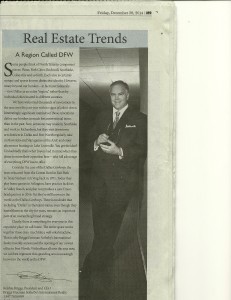 Somehow, Briggs’ comment strikes a different tone from a now infamous quote that emanated from Atlanta City Hall as the Atlanta Braves announced their relocation to a new ballpark in Cobb County. 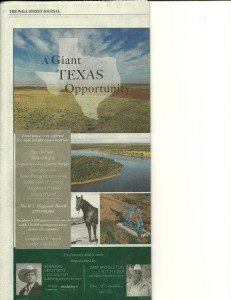 A Texas-sized spread is offered for sale, for $725 million, in an ad that promotes the Dallas-Fort Worth region. Credit: The Wall Street Journal 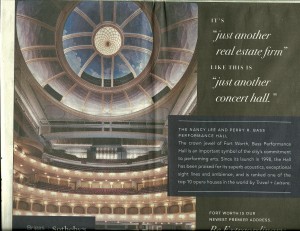 Cultural arts are highlighted in an ad that promotes the Dallas-Fort Worth region. Credit: The Wall Street Journal