“I’ve just had a pee next to Sir Andrew Lloyd Webber!”

If that bit of dialogue gives you a chuckle, then “Dream Horse” may be the movie for you.

If you prefer “I’ve just peed on Sir Andrew Lloyd-Webber…” well, you and I are basically backing the same horse. And it isn’t “Dream Hose,” a movie so twee it might make Winnie the Pooh toss his cookies. 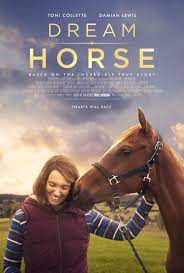 It’s too bad because there’s a lovely movie somewhere in this true tale of an impoverished Welsh town that pulled together, raised a thoroughbred, won some big races and, in doing so, raised their spirits and regained a sense of purpose.

Actually, that movie already exists. Released in 2015, “Dark Horse,” is an infinitely charming documentary about an impoverished Welsh town that pulled together, raised a prize-winning racehorse…well, you get the idea. And that’s the movie you should get.

Toni Collette, sort of the poor man’s Frances McDormand, plays Jan, a once-spirited woman now stuck in a dead-end job, a dead-end marriage and a dead-end life. So, she hatches a plan. Pulling her fellow dead-enders (read, villagers) into a low-rent syndicate, she breeds a backyard Secretariat, the aptly named Dream Alliance. After some flack with the – of course – snobbish horse community, it’s off to the races where the chestnut colt proves he’s the real thing. 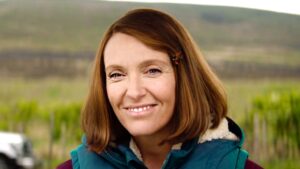 There are setbacks of course – most of them more predictable than peeing next to Sir Andrew. But Jan perseveres; Dream Alliance perseveres; the village perseveres; and…. nobody fails a urine test.

To its credit, the movie means well, and the filmmakers did take the trouble to hire Colette (brilliant and appealing, as always) and Damian Lewis, who looks just the slightest bit bored as a local tax accountant who knows his way around a racetrack. But the film’s touch is sledgehammer heavy.  Do we really need to hear Colette say, “I need something to look forward to when I get up in the morning”?

A horse-crazy nine-year-old might enjoy “Dream Horse.” But she/he would enjoy “Dark Horse,” more. And so would you.

Note to readers: Dream Horse is now showing in metro theaters and video on demand.