Deborah Scott, executive director of Georgia Stand Up, has been named a White House Champion of Change for her efforts to promote economic equity and environmental stewardship in Atlanta.

Scott’s citation on the White House page says she was named “for her innovative energy priorities and sustainable living practices making a greener community a possibility in any American city or town.” 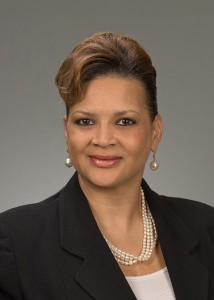 Most recently, Scott has been in the spotlight for her work in organizing a community development plan regarding Fort McPherson. The award-winning plan aims to ensure that the entire community surrounding the fort benefit from its conversion from military to civilian use.

The mission statement of Georgia Stand Up says the group intends to “create healthy, livable neighborhoods while respecting the right of existing residents to benefit from the progress and developments taking place within their communities.”

The White House statement includes this characterization of Scott’s work:

“Ms. Scott has successfully built coalitions among neighborhood groups, labor, business and students, by framing issues around principles of social responsibility, economic equity, entrepreneurship and environmental stewardship. A tireless innovator and skilled manager, she has established regional tables on equity in transportation policy and economic opportunity using over 25 years experience as an organizer, trainer and expert implementer of complex, mission-driven initiatives.”

Click here to read the White House statement about Scott and to see other winners.

The Fort McPherson community action plan was the result of a 22-month effort that was partially funded by the Ford Foundation.

Georgia Tech students, working under the guidance of Michael Dobbins, a Tech professor of practice and former Atlanta planning commissioner, created a plan with concepts driven by comments, input and advice from area residents.

Here’s how Scott described the process when the plan was unveiled in March:

“The ‘Ah ha moment’ was that these were commuynity folks who came up with these solutions. The wonderful thing is that most of these folks are women. They are professionals or semi-professionals, may have husbands who are veterans, and they ever thought they would become community activists.

“Georgia Tech students were the midwives, and the community was the one who came up with the idea and give birth to it.”

Click here to read a previous story about the document in saportareport.com.

Here is the full media advisory issued by STAND UP, which includes the White House statement:

At Champions of Change for Greening Our Cities & Towns Ceremony

ATLANTA — Deborah Scott, executive director of Atlanta based STAND-UP, today, received national recognition as a ‘Champion of Change’ for her leadership in Atlanta’s sustainability movement by the Office of Public Engagement and the White House Council on Environmental Quality (CEQ). The Champions of Change for Greening Our Cities and Towns ceremony is part of President Obama’s “Winning the Future” initiative.

Beyond her leadership at STAND-UP, a “Think and Act Tank for Working Communities,” Scott is founder of TRADE-UP, a model prep-apprenticeship and workforce development program; and a leading advocate for energy conservation, green development, and the creation of a 21st century American workforce. She is convener of Emerald Cities Atlanta and at the forefront of Atlanta’s Better Buildings Challenge, two national initiatives created to drive economic growth by retrofitting commercial buildings for energy efficiency. 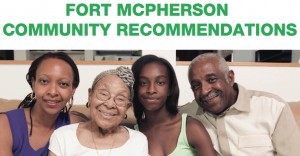 Scott is renowned in Atlanta’s community development; delivering such results as “The Fort McPherson Community Action Plan,” recently cited by the American Planning Association as an exemplary model “that create communities of lasting value.” Her success is based on building coalitions among neighborhood groups, labor, business, and students; and framing issues around principles of social responsibility, economic equity, entrepreneurship, and environmental stewardship.

Scott, a Boston native, attended high school in Oberlin, Ohio and is a 1993 graduate of Clark Atlanta University. Her path-breaking that is unmatched in scope.  As convener of the Atlanta’s Emerald Cities Collaborative she lobbied for strong community benefits and project labor provisions as requirements for the City of Atlanta’s green contracting and program subsidies. These efforts resulted in Mayor Kasim Reed signing a letter of intent with Emerald Cities Atlanta to incorporate these elements into City of Atlanta contract compliance standards.

The White House recognizes various groups of Americans, nominated through a public process, who embody the President’s goal of building an America that will win the future. These groups range from educators to entrepreneurs to community activists.  The Champions of Change for Greening Our Cities and Towns award ceremony is available on the White House You Tube Channel.

WASHINGTON, DC – On Wednesday, April 25th, the White House will highlight Deborah Scott as one of nine individuals who are Champions of Change for greening our cities and towns.  The event will honor leaders who are using innovative approaches to promote energy efficiency, revitalize outdoor spaces, encourage transportation options, and improve quality of life in our cities and towns.

“Healthy, sustainable communities support a strong economy and better quality of life for Americans,” said Nancy Sutley, Chair of the White House Council on Environmental Quality. “The leaders we’ve selected as Champions of Change are finding creative ways to make their communities healthier places to live, work and play, and demonstrating how a healthy environment and strong economy go hand in hand.”

The Champions of Change program was created as a part of President Obama’s Winning the Future initiative. Each week, a different sector is highlighted and groups of Champions, ranging from educators to entrepreneurs to community leaders, are recognized for the work they are doing to serve and strengthen their communities.

Leadership In Atlanta’s Drive Toward Sustainability

Stand-UP, A Think and Act Tank for Working Communities,” has for the past 7 years, been one of the most effective research and advocacy organizations in the Atlanta region. Founded by Atlanta area labor organizations and led by White House Champion of Change designee Deborah Scott, its programs focus on community engagement, transit justice, economic inclusion, and community planning and development.

Trade-UP is the workforce development affiliate of Stand-UP. Founded by Deborah Scott in partnership with the Atlanta/North Georgia Building Trades Council to provide prep-apprenticeship training to residents of low-wealth, historically disinvested Atlanta communities, Trade-UP has become one of the most visible and effective workforce agencies in the Atlanta region.