Dedication of the YC-141B “StarLifter” 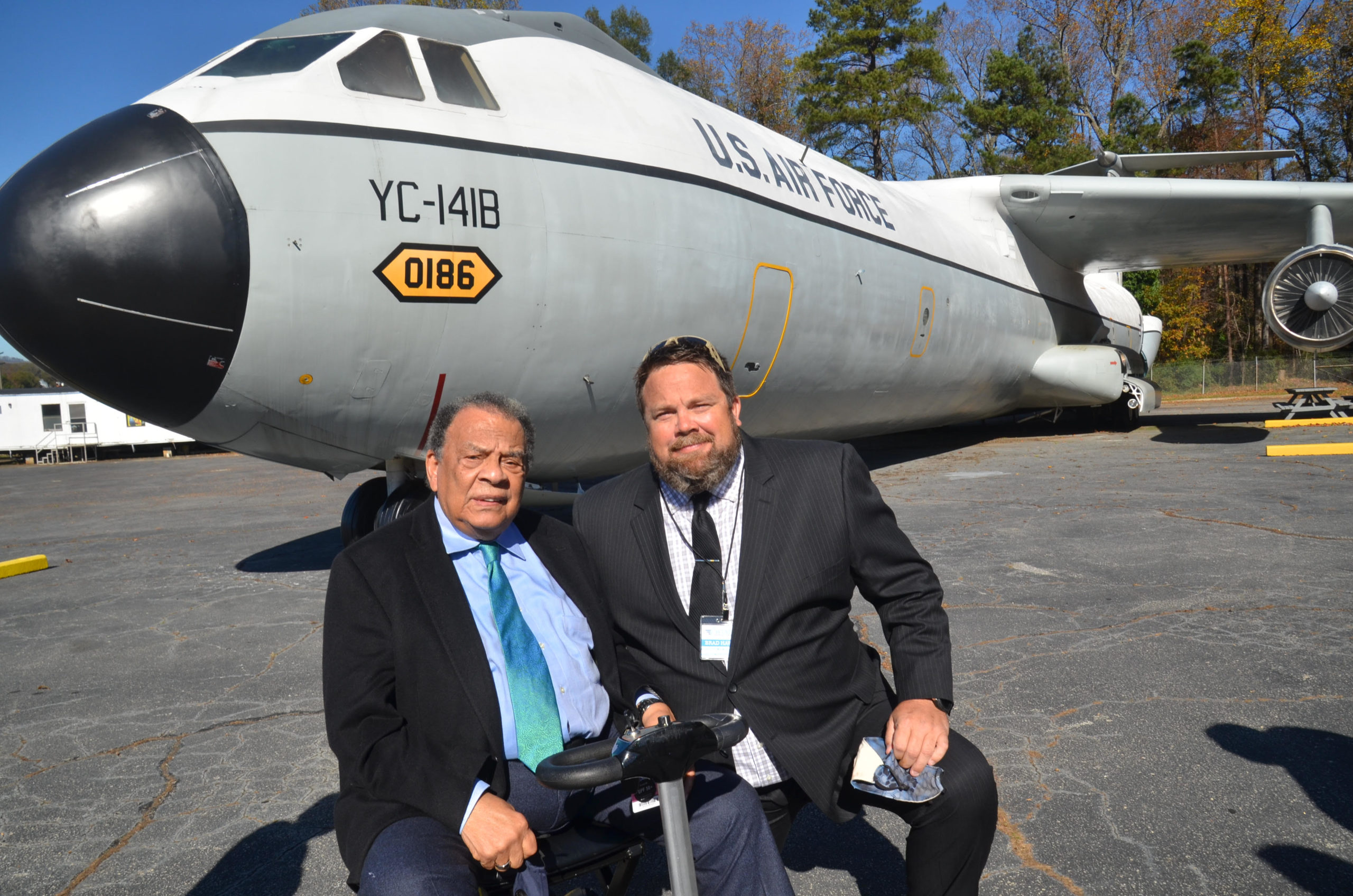 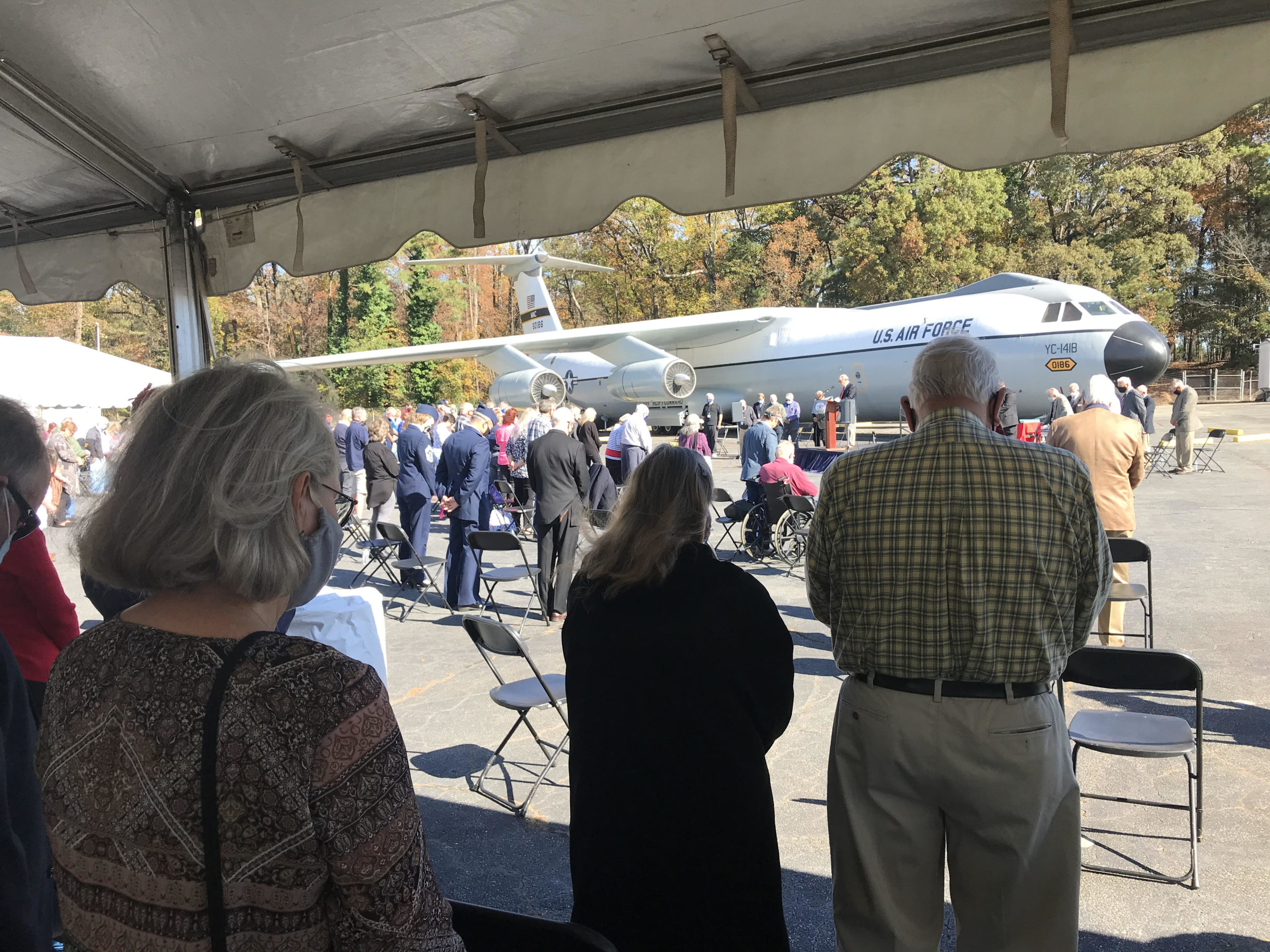 A large crowd attended the socially-distanced community dedication of the YC-141B “StarLifter” on Nov. 14 (Photo by Maria Saporta) 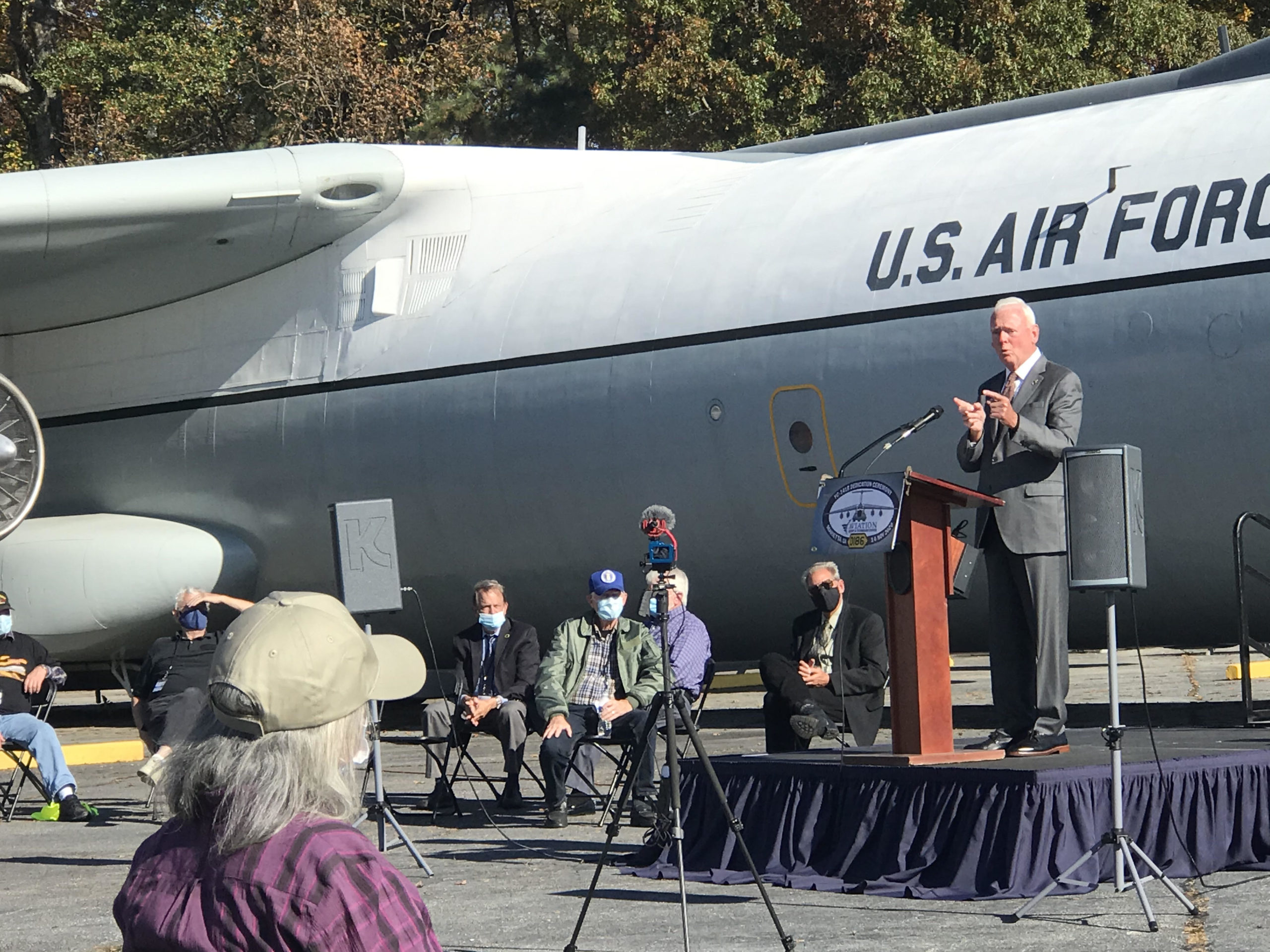 It took more than 10 years, but a team of volunteers restored the Lockheed-made YC-141B aircraft to take a center stage at the Aviation History & Technology Center in Marietta.

The restored aircraft was dedicated at a community event on Saturday, Nov. 14 that was attended by service men and women who designed, built, maintained or flew the aircraft during its four decades of service.

To continue the celebration of the restored aircraft, former U.S. Ambassador to the United Nations Andrew Young made a special visit on Wednesday, Nov. 18.

The aircraft, No. 0186, will have a permanent home at the Aviation History & Technology Center along with other aircraft with a history to the Lockheed plant in Marietta.

The YC-141B “StarLifter,” the extended version of the C-141A, was put into service in the 1960s, and it was used for missions in the Vietnam War as well as countless humanitarian missions around the world.

Brad Hawkins, director of AHTC, said it is one of only 12 such aircraft that still exists. They were able to rescue the YC-141 from the Lockheed boneyard, where it had been abandoned for about a dozen years.

The museum is open to the public. For more information, please visit the website. https://ahtc360.org