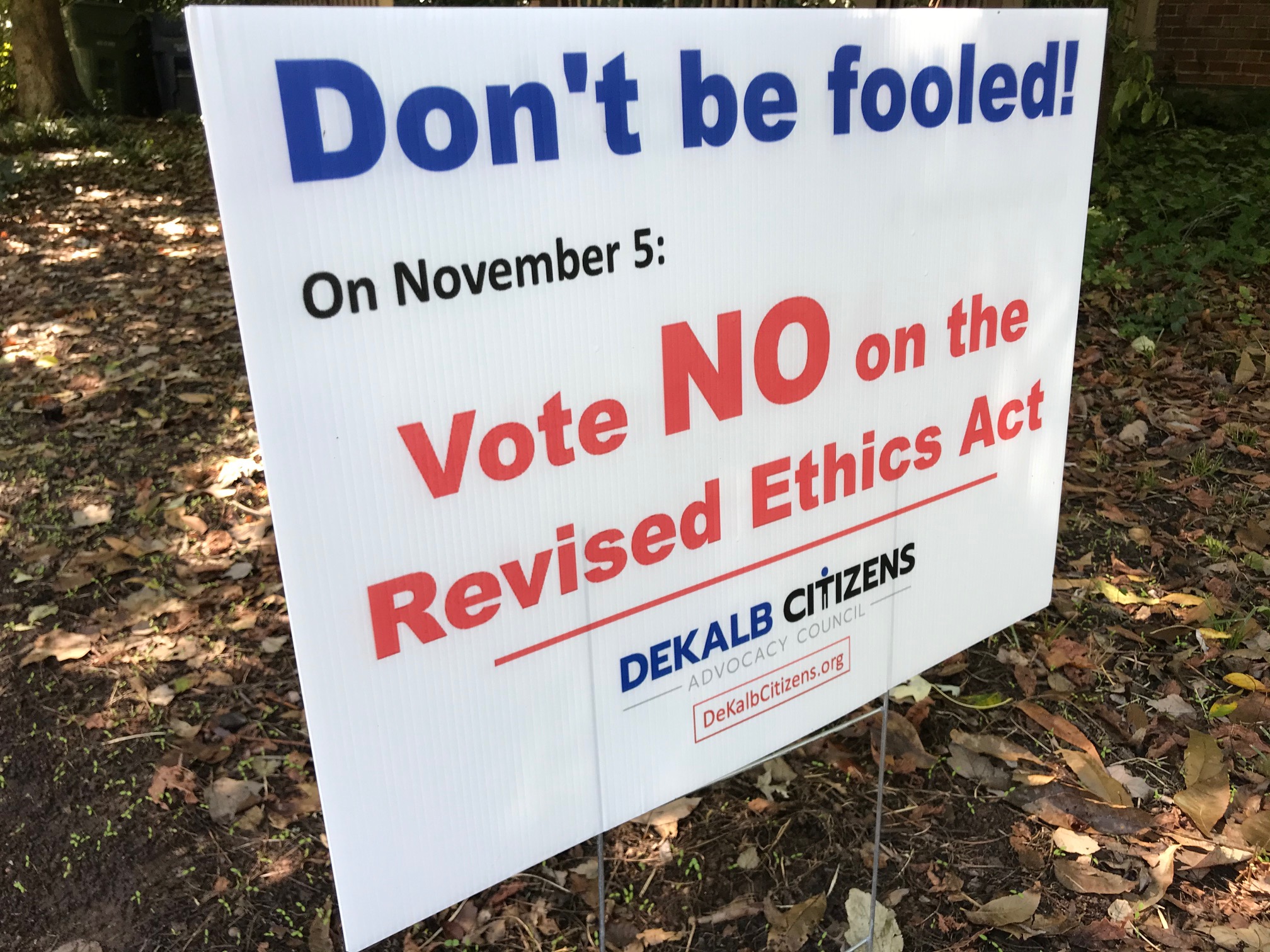 DeKalb County voters face a ballot issue on Nov. 5 that seeks to eliminate the position of an ethics officer who is charged with reporting suspected crimes to state or federal authorities and replace it with an administrator with no such duties. The ballot question provides none of this information. 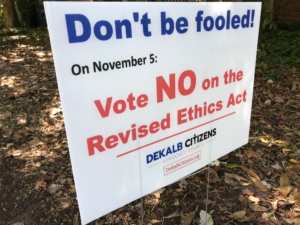 DeKalb County voters are to decide on a proposal to remake the county’s Code of Ethics, which opponents says will undermine provisions to protect the public from corrupt behavior. Credit: Special to SaportaReport.com

The proposal has caused a stir in DeKalb, where residents have watched a series of public officials be charged with, and sometimes convicted of, betraying the public trust.

One of them – whose federal corruption trial on a total of three counts of bribery and extortion begins Feb. 10, 2020 – brought a lawsuit that overturned one provision in the county’s existing ethics code. The Georgia Supreme Court ruled in favor of a claim by former DeKalb Commissioner Sharon Barnes Sutton that the process of appointing members to DeKalb’s Board of Ethics was unconstitutional.

To address the issue of appointments, the state Legislature enacted Senate Bill 7.

The ballot issue that results from the legislation contains several provisions that concern onlookers, including Paul Root Wolpe, director of Emory University’s Center for Ethics.

Wolpe said one concern is that voters don’t know the full impact of the ballot measure:

Wolpe provided a four-point synopsis of his concerns in a July 25 letter addressed to Mary Hinkel, chair of DeKalb Citizens Advocacy Council, Inc., which is campaigning against the ballot measure. Highlights include:

Wolpe’s third point relates to a provision that establishes the county’s Human Resources Department as the first recipient of an employee’s ethics complaints about a supervisor. The proposal requires the employee to, “exhaust all administrative remedies available under the county’s applicable human resources policies and procedures.”

What happens after the HR Department acts, or doesn’t act, does not appear to be specified. However, the county’s merit system director is, evidently, to get involved at some point. This section of the proposal concludes:

In addition to eliminating an ethics officer, the proposal eliminates the requirement that a lawyer be involved in the day-to-day management of the county’s ethics affairs and training county officials on matters related to ethical behavior.

If voters rejected the proposal, lawmakers in the 2020 session could enact another bill that could be placed on the ballot in November 2020.

In U.S. District Court in Atlanta, Sutton faces three federal charges – two counts of extortion and one count of bribery – in connection with her oversight role of the expansion of DeKalb’s Snapfinger Creek Advanced Wastewater Treatment Facility, according to the indictment. A judge set the trial date in an Oct. 10 ruling.