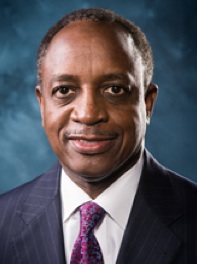 Taken together, the measures mark the continuation of the district’s slow but steady improvement from situations involving its accreditation probation and fiscal management in the 16 months since the DeKalb school board first named former state Labor Commissioner Michael Thurmond as interim superintendent.

“We are honored to have been selected by the Wallace Foundation to participate in this groundbreaking initiative” Thurmond said in a statement released Tuesday. “This is a game-changer for the DeKalb School System.”

Moody’s Investors Service mentioned both the accreditation and fiscal management issues in its Tuesday rating action.

In issuing an outlook of “stable” on DeKalb school debt, Moody’s observed:

Moody’s continued the analysis later in the rating action:

Moody’s rating action was triggered by the school district’s plan to sell $36 million of short-term notes in order to cover operating costs until property taxes are collected this autumn. The sale of such tax anticipation notes are common in Georgia.

Moody’s rating action said the district’s credit score benefited from a Georgia program that ensures lenders are paid even if a local district faces a shortfall:

Moody’s ratings actions typically include a section in which analysts outline their view of the borrower’s strengths and challenges. In the case of the DeKalb school district, Moody’s analysts observed:

The Wallace grant is provided by the foundation created by the founders of the Reader’s Digest Association, DeWitt and Lila Acheson Wallace.

Previous Article
Column: Atlanta YWCA, Georgia Women for a Change to join forces
Next Article
ARC board debates barring CID board members from ARC’s board as new rep from DeKalb County takes office