Sheltered, by an umbrella. (Photo by Kelly Jordan)

By Guest Columnist SARA PATENAUDE, chair of the Coalition for a Diverse DeKalb

On a recent freezing night in January, two unhoused residents found refuge in DeKalb County Fire Station No. 3, located in Avondale Estates. They were shown into the station conference room, where they were allowed to sit at the tables and chairs and spend the night out of the cold. 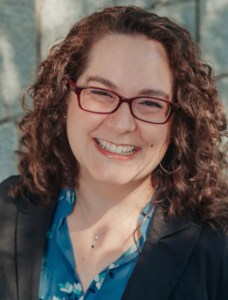 That was the extent of the offerings from DeKalb County – a chair in a conference room out of the cold – until our volunteers came by with bottled water, snacks, hand warmers and warm socks. Even so, one of them, an African-American woman in her 50s, told me she was grateful to have a warm place to stay that night. We believe DeKalb County can – and must – do better.

Home prices and rents continue to climb in DeKalb County, with homelessness as the most extreme manifestation of a lack of affordable housing. Carne Mahone, executive director of Morningstar Urban Development, stated during a recent DeKalb County town hall, “Our homeless population is about to increase in ways you have never seen,” according to a Jan. 24 report in decaturish.com.

While cities including Decatur, Chamblee, and Brookhaven have taken steps to address the lack of affordable housing, DeKalb has done little to address its affordable housing needs, content with the 60 to 100 units a year of private development utilizing the Low-Income Housing Tax Credit program. At the same town hall, John Corcoran, president of the county’s Housing Development Corp., noted that 45,000 people are on the waitlist for the county’s 4,600 Housing Choice vouchers.

DeKalb has done even less to assist its unhoused residents this winter. Since 2017, DeKalb has relied on its firehouses to serve as warming centers on frigid nights, in large part due to the county’s lack of an emergency homeless shelter. While the first freezing nights of this year came in November, it was not until after our activists sounded the alarm about the lack of warming facilities in December that DeKalb announced the opening of its three warming centers, none located north of Avondale Estates. 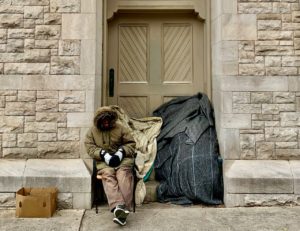 The uneven geographic distribution prompted the Rev. Lisa Heilig, who works with unhoused neighbors in the Toco Hills area, to say, “It feels like they don’t care because we’re in another part of the county. Do we not count?” The county does contract with the Salvation Army Red Shield Services program in Atlanta to provide 49 beds for DeKalb residents, but referrals must be made through the county’s coordinated entry program every day. The available beds are spoken for before the phone lines close at 2 p.m. each day.

In response, the Coalition for a Diverse Decatur/DeKalb, the Beacon Hill Black Alliance for Human Rights, the Justice for All Coalition, and A Home For Everyone In DeKalb have joined together to demand improvements. DeKalb County provides most of its homeless services through its Community Development Department, which receives and allocates federal funding for this purpose. Yet according to county officials, the warming centers are solely the purview of the Office of Public Safety’s DeKalb Emergency Management Agency. The lack of communication and cooperation within DeKalb County’s government has left service providers who work directly with unhoused people with more questions than answers: Will warming centers be open that night? Why aren’t the basics of food, water, and a cot offered to those in need? Who is willing to even begin to tackle these problems?

In response to our demands, DeKalb County insists that the warming centers are underutilized. Yet notice of their opening is often not given until late afternoon, too late to spread the word to unhoused folks on the streets, and no transportation is offered to help them reach the warming centers that may be 10 or more miles away. Combined with the lack of meaningful services provided at these centers, it’s no surprise that the centers are not full. However, even at capacity, DeKalb would only be providing shelter for 30 people – a fraction of those living beneath our county’s underpasses, building overhangs, and parking decks. DeKalb has also responded by pointing to the 157 people for whom it is providing transitional housing, which does nothing to help the hundreds of people on the waiting list for this transitional housing and even less to help those who are living unsheltered keep warm on these freezing nights.

The provision of a safe place to sleep is a fundamental human right. We believe that DeKalb County can, should, and must do better. We look to Gwinnett County for an example of warming centers that treat unhoused residents with dignity and respect, providing a hot meal, a shower, and a cot to sleep on. DeKalb should also be asking its unhoused citizens what they need, making a seat at the table for those who know most intimately what would help. It is the responsibility of our county’s government to work for all of its citizens, sheltered and unhoused. Until the county makes meaningful changes to its warming centers it is failing at this responsibility.

While warming centers are the most immediate need for our unhoused neighbors, it is only through systemic change – putting human need ahead of property and profit – that we will fully address the issue. Homelessness is at its core a housing problem, and as the affordable housing in DeKalb County continues to shrink, it is a problem that will only get worse.

In addition to her service with the Coalition for a Diverse DeKalb, Sara Patenaude is an affordable housing researcher, developer and advocate who’s a project manager with the non-profit Tapestry Development Group. Patenaude earned a doctorate degree in history from Georgia State University and a certificate in planning and economic development from GSU’s Andrew Young School of Policy Studies.