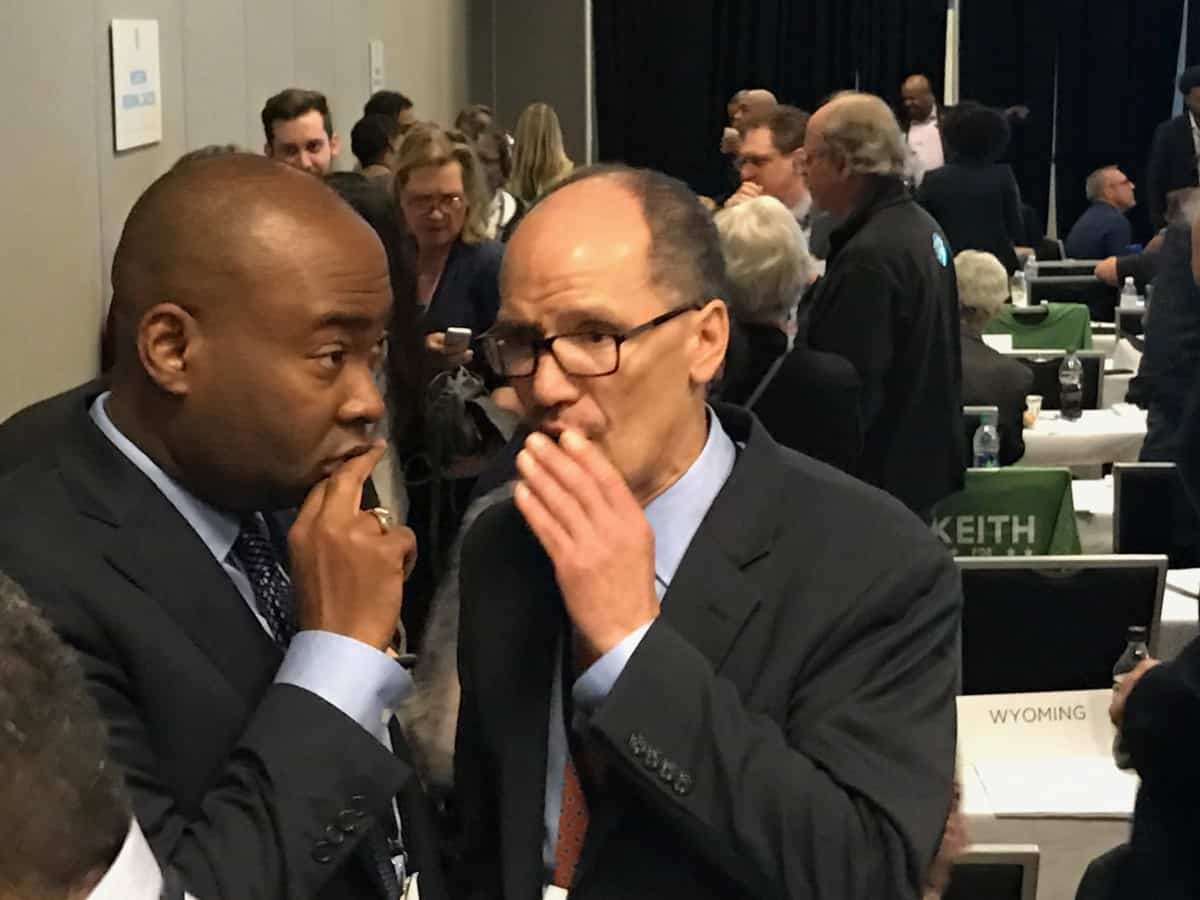 But on Saturday, after the election went to second ballot of voting, Perez won the chairmanship in a vote of 235 to 200.

The first act Perez did as chairman was to make a motion that he had “discussed with a good friend Keith Ellison” to appoint the congressman as deputy chairman of the DNC.

The motion passed through a vote of acclamation. 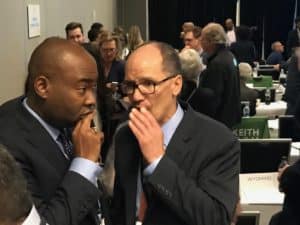 It could have turned out much differently. The first vote (which needed a threshold of 214.5) was nearly split down the middle. Perez received 213.5 votes and Ellison received 210 votes with another 13.5 votes going to other candidates.

During the election process, Ellison supporters were more vocally enthusiastic – many of them part of the Bernie Sanders campaign for president, while the Perez supporters were a bit more restrained. But in the end, the votes spoke louder.

“I’m very, very proud of Chairman Perez,” Ellison said after he was voted in as deputy chairman. “In this race, he conducted himself with tremendous class and grace.”

Ellison also said the Democrats refused to form a circular firing squad – where they would have destroyed each other and the party. Instead, he asked all his supporters to stand up and support Perez.

“We don’t have the luxury to walk out of this room divided,” Ellison said. “It is my honor to serve this party under the chairmanship of Tom Perez.”

Then Perez took to the podium where he pointed out one of the placards in the audience that said “Unite.” He said the Democratic Party would lead with its values including its love of the diversity and robust discussions. He urged everyone to take special note of this moment – 2017 “when we had the worst president in the history of the United States.” 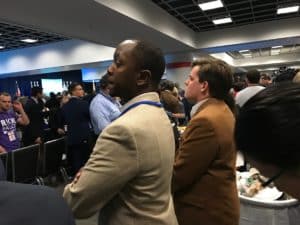 And then he pledged that the Democrats would have a 50-state strategy and compete in every zip code so they would be victorious in upcoming elections in Montana and the 6th Congressional District in Georgia.

Many local Democratic leaders were part of the national gathering, including Atlanta Mayor Kasim Reed, who was there with his brother Tracy Reed; Clarkston Mayor Ted Terry, Atlanta Board of Education members – Courtney English and Matt Westmoreland.

At times the meeting seemed to be disorganized coming as different folks tried to balance an array of different interests. It certainly took longer than people had expected.

Outgoing Chairwoman Donna Brazile dispelled with electronic voting – opting instead for paper ballots that could not be hacked in some way.

The chairman was finally elected after 3 p.m., more than five hours after the meeting had begun on Saturday. Counting the paper ballots by hand ended up taking more time.

And there were still several other elections that were destined to drag out until the evening – those of treasurer, secretary, national finance chair, vice chair for civic engagement and voter participation and three vice chairs at large. 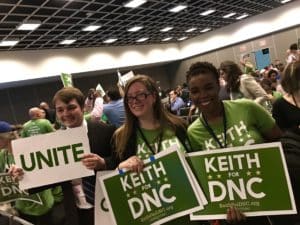 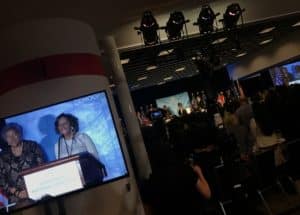 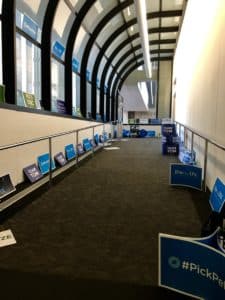 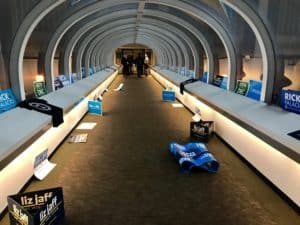 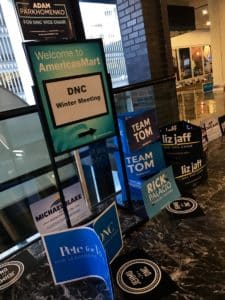 On the way to DNC meeting (Photo by Kelly Jordan) 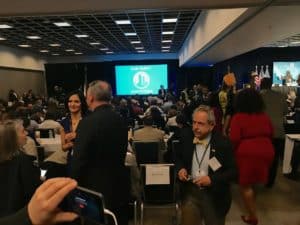 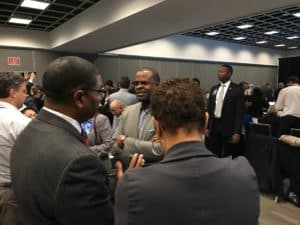 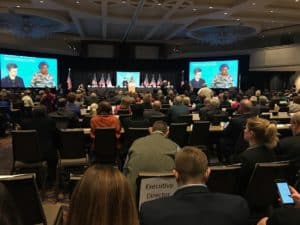 Donna Brazile, interim chair of the party, presides over resolutions on Democratic positions on Friday at the Westin Peachtree Plaza