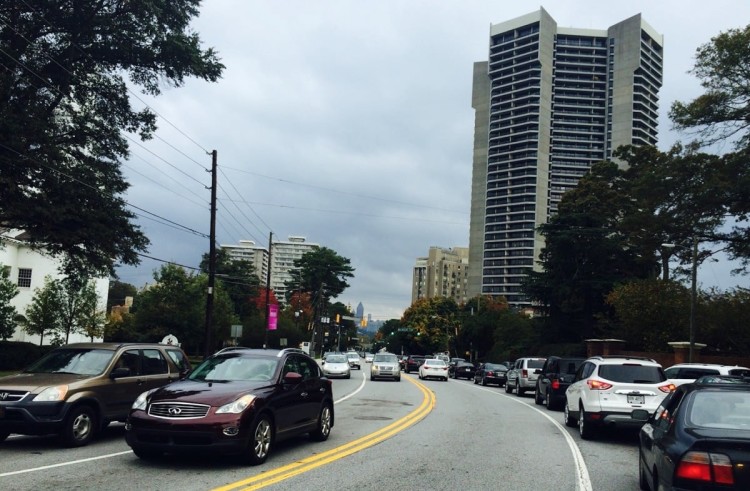 By Guest Columnist WILL ADAMS, an Atlanta-based researcher, analyst and frequent speaker in the energy utilities industry

Many MARTA rail expansion advocates I speak with are surprised to learn the transit system’s ridership figures have been down each year since 2009, with 2014 as one of the lowest on record. 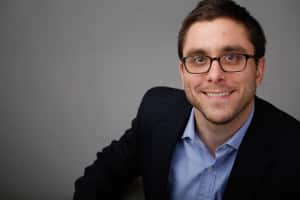 Sure, you can blame cheap gas prices. You can even blame then Lt. Gov. Lester Maddox’s bizarre mandate that no more than 50 percent of MARTA’s revenue could go to operating costs, ultimately handicapping and condemning the system to highly inflated fares and, thus, reduced ridership 30 years later.

But what MARTA does have going for it is that unlike Atlanta’s other public transportation systems – federally funded roads and highways – MARTA is financed hyper-locally, at the city and county level. It is – by and large – a libertarian, small government transportation system paid for through a highly regressive consumption tax whose most frequent riders typically can least afford it.

At $2.50 per ride, a one-way trip on MARTA is only 25 cents less than a one-way trip anywhere on the New York City Subway. One system has 48 stations and the other has more than 400. You do the math. Thanks, Lester Maddox!

In a word: Density, or a lack of it. Only about 450,000 people, or 8 percent of metro Atlanta’s regional population, currently reside within the confines of the capital of the New South. 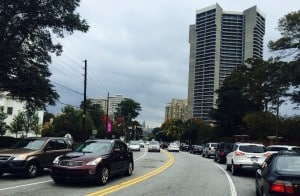 So it’s no surprise that, according to urban planner Jeff Speck, only about 35 percent of people in Atlanta who want to live in a walkable urban neighborhood can find and afford it.

How do we increase that number?

Well, for starters, we should reverse the policies that have exacerbated the balkanization of our region into culturally homogenous and economically disparate zones of ugly, unwalkable, car-dependent suburban sprawl: Parking mandates, land-use restrictions, conventional zoning codes, redlining and lack of historic preservation.

Granted, these concepts aren’t exactly the best conversation starters at a cocktail party. But because you can’t often go to a cocktail party without someone complaining about traffic, it means they’re critical to understanding how we progress and move forward to design Atlanta as a city for people, not cars. And that should really be the primary focus – which is to say – providing incentives for adequate mixed-use density that mitigates the need to drive a car to go everywhere to do anything, something that MARTA rail expansion alone physically cannot accomplish.

Much of the Atlanta region currently adheres to “conventional” zoning codes, which separate land-use and segments residential housing development from its surrounding commercial, industrial, retail and public realms, often resulting in the required use of the car. Furthermore, mandated parking minimums do nothing but give people an excuse to continue driving.

These laws and zoning codes largely prohibit real estate developers from creating denser, more walkable, mixed-use places for people. Even more problematic is the guideline set up by the Federal Housing Administration – which backs more than 40 percent of all new residential mortgages – in that it prohibits lending in developments that are more than 35 percent commercial, industrial or retail. This essentially prevents many prospective homebuyers from purchasing properties in developments with office or retail space, and is part of the reason why the new Ponce City Market switched from initially selling condos to offering overpriced rentals.

But some of that is starting to change, albeit slowly. Mayor Kasim Reed and Planning Commissioner Tim Keane are pursuing a “Zoning Ordinance Diagnostic”, a public-private partnership aimed at rewriting the city’s land-use ordinances and zoning codes. Its goal is to identify opportunities that would increase density and encourage more walkable, mixed-use developments. 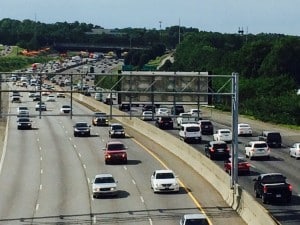 A congestion tax levied by Atlanta on suburban residents who commute into Atlanta would help to partially offset the federal funds used to build roads that facilitate a commuting lifestyle, such as the Northwest Corridor in Cobb and Cherokee counties. Credit: David Pendered

Some of these concepts have already come to fruition in places such as North Highland Avenue in Inman Park. Adjacent to the Eastside trail of the Atlanta BeltLine, North Highland’s “form-based codes” have helped create high quality areas of livable public streetscapes with shops, restaurants, bars and entertainment for the surrounding neighborhood.

But wait … what does any of this have to do with MARTA rail expansion or traffic congestion?

Well, everything. If we can provide the right incentives for dense, mixed-use, walkable developments, we can help mitigate the need to drive everywhere for everything. Not that everywhere in Atlanta should look like Midtown or Inman Park, per se, but the focus, at least from a local policy perspective, should be on creating dynamic, people-oriented neighborhoods.

The next step then could be to provide tax incentives for businesses that relocate to or expand to within a half mile of a MARTA station or allow employees to work remotely a few days a week. But the reverse should also be on the table: A congestion tax for OTP suburban commuters. Anti-transit critics may not want MARTA rail expansion into their communities, but that doesn’t necessarily mean they’re entitled to tens of billions in federal government handouts that provide for unlimited traffic capacity into the city of Atlanta at the expense of the quality of life of city dwellers.

Density begets efficiency, and higher levels of efficient density can create walkable and bike-friendly complete streets that are safer, healthier, more livable, more enjoyable and more environmentally friendly. But as a conduit for reducing car dependency and traffic while also expanding economic opportunity, MARTA rail expansion fundamentally requires such density to help Atlanta grow into a world-class city of the 21st century.