Despite hype, ‘The Force Awakens’ isn’t the only show in town 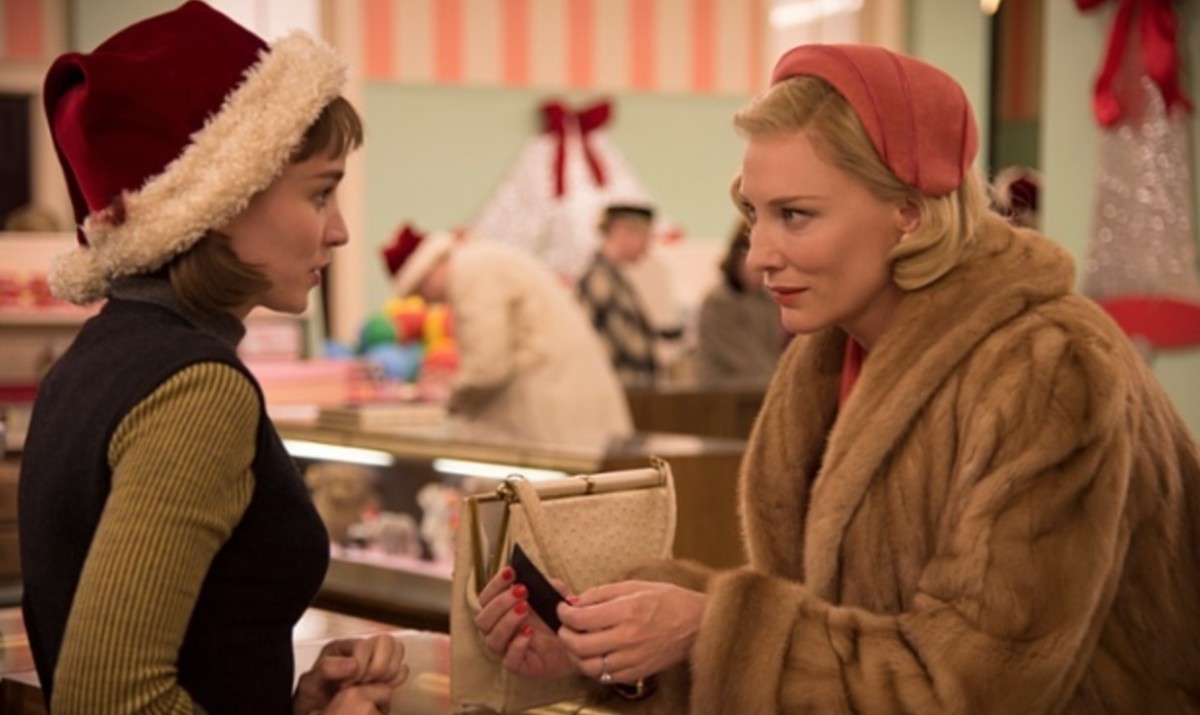 There’s been so much talk about “The Force Awakens” that the rest of the holiday movies are having trouble making themselves known. 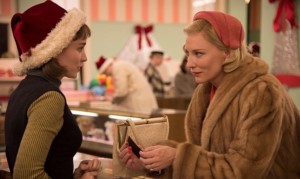 Cate Blanchett could pick up her third Oscar for her role in “Carol.” Credit: theguardian.com

So here we are looking at a long Christmas weekend. And quite a few movies opening, Here’s some guidance (well, let’s face it, some personal opinion).

Okay, to begin with, there were no critics’ screenings (as far as I know) for ”Daddy’s Home” and “Point Break,” both of which open Christmas Day.

The former is a family comedy, starring Will Ferrell as a good-guy stepfather and Mark Wahlberg as a not-so-good-guy biological dad. The previews aren’t promising and on the talk show circuit, Ferrell has been happier to discuss his return to SNL as “W” than push his new picture.

The latter is a remake of an early ‘90s crime/thriller flick that starred Keanu Reeves and Patrick Swayze and some surfboards. They are replaced here by Luke Bracey and Edgar Ramirez.  Who? Yeah, I know.

Now, as to the movies I have seen….

Cate Blanchett could pick up her third Oscar for her role as a sleekly predatory lesbian enduring the 1950s when the love that not dare speak its name, well, dare not speak its name. Director Todd Haynes made “Far From Heaven,” set in the same period, but with homosexuality (male) and race-crossing romance as his main themes. As is true of its predecessor, “Carol” looks amazing — like a heretofore-undiscovered Douglas Sirk picture. Blanchett looks amazing, too, as does Rooney Mara as the shop girl who catches the wealthy Blanchett’s eye.

I don’t know. I’m all for the sexual politics and reminders of how lush yet crushing the ’50s were.  But I never got inside the film. Perhaps the ‘50s trappings were overwhelming and the storyline underwhelming. See it if you’re curious or a Blanchett fan or a Mara fan (she may be Oscar-bait, too). Or, most importantly, if you’ve got a friend/relative who still doesn’t understand why the same-sex marriage ruling was essential. 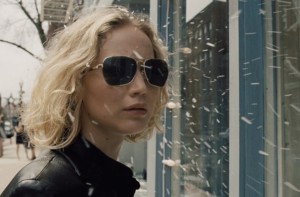 “Joy” is based on the true story of the woman who made millions off the Miracle Mop. Credit: moviesinthephilippines.files.wordpress.com

Well, I’ve never been a big fan of movies about mops. And that — no matter what kind of spin Jennifer Lawrence, Robert De Niro, Bradley Cooper and director David O. Russell put on it — is what this is. A movie about a mop. More or less based on the true story of the woman who made millions off the Miracle Mop, “Joy” wants to be about discrimination against women and the birth of QVC and how you survive a dysfunctional family and, of course, the miracle of the miracle mop. Lawrence’s extraordinary charisma remains intact, but you wonder if this isn’t a major misstep.  Julianne Moore tried a similar triumph-of-the-little-woman tale in 2005’s “The Prize Winner of Defiance, Ohio” the true story of a housewife who was a champ at entering jingle-writing contests. When Moore finally won an Oscar for “Still Alice,” she was playing a Columbia professor. Is there a lesson here? Would I have been ore interested if Joy had invented the Internet or a cure for the common cold? Whatever. Lawrence will still snag a Best Actress nomination. 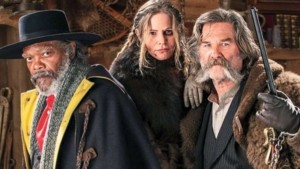 The Hateful Eight is entertaining, and completely pointless. Credit: agoranews.it

Quentin Tarantino is back and he’s brought his buckets of stage blood with him — as well as a few old friends like Samuel L. Jackson, Tim Roth and Michael Madsen.  The movie is suffused with blood, guts and … what? That distinctive energy the director brings to most of his pictures. But at heart, it’s like a mad-dog version of any given ‘50s TV western  — say, “Laramie” or “ Cheyenne.” A colorful bunch of Western archetypes are by forced by bad weather to sit around a stagecoach stop in the middle of nowhere. They — and us — try to figure out who killed whom or will kill whom or …you get the idea. If you can stand the gore, it’s very entertaining (even at almost 3 hours). It’s also almost completely pointless.

Will Smith makes a heavy bid to be taken seriously again in this film about the doctor who discovered the link between football and lethal brain damage. The movie isn’t preachy, but it clearly points to a problem that the NFL would prefer to ignore. Smith is really quite good, affecting an accent that somewhat calls to mind “The Daily Show’s” Trevor Noah. Also fine are Albert Brooks, as one of Smith’s allies, and David Morse as a casualty of war … I mean, football. 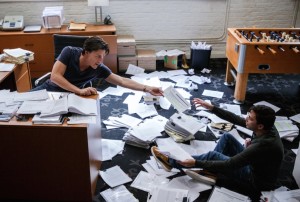 “The Big Short” recounts the Great Recession and some of those who profited from it. Credit: cinemablend.com

This is the big one, the movie that takes it’s place alongside “Spotlight” and “Bridge of Spies” and, of course, “The Force Awakens” as the movies that mattered in 2015. Based on Michael Lewis’s 2010 bestseller, it’s about how, when the housing bubble went bust in 2008, the rest of the financial system followed. Granted, some of the biz-speak is hard to follow and, well, there’s no one to really root for. But you end up with a grudging respect — and affection — for the assorted outliers who saw America going over a cliff before anyone else did and, since they couldn’t stop it, decided to profit from it instead. Steve Carell, Christian Bale, Brad Pitt and Ryan Gosling play the smartest guys in the room