The offer was too good to refuse. Come spend a couple of days by a beautiful lake in cool New Hampshire during the hottest days of summer to talk about the future of cities and regions in North America and the world with some of the most engaged experts in the country.

The offer came from Neal Peirce, a well-respected veteran journalist who has been writing about metro areas for decades.

Every couple of years, Peirce and a core group of “Citistate associates” have been getting together for a Citistates Convergence — a casual, yet in depth, exchange of ideas and observations on what is happening in the fields of urbanism and regionalism.

A couple dozen of us gathered in mid July in an idyllic setting — just as Peirce had promised with the exception of temperature — (blame it on climate change) — as New England was in the midst of a heat wave and was significantly warmer than Atlanta. 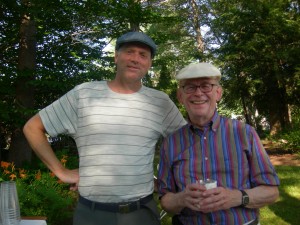 Peirce had invited several of his associates with the Citiwire.net newsletter — an invaluable resource of columns and stories about the political and economic dynamics of regions and urban trends.

During the first formal session in New Hampshire, Peirce opened the conversation by stating that metro areas are the economic engines for nations and states yet there often are several barriers to regionalism.

Immediately Peirce was challenged by Alex Marshall, a journalist and author who has been writing about market economies with his most recent book being: The Surprising Design of Market Economies. 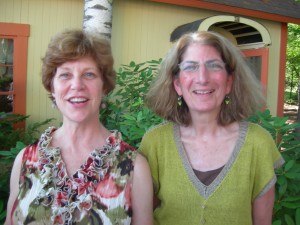 Marshall told Peirce that he does “not believe that cities and metro areas are where the action is.” Instead, he said it is the nation states of Korea and China that are “growing very, very quickly.” And they are doing it as nations. “You can argue that it’s national policies that are having the major impact, and that the nation state is still extremely important.”

So Marshall reframed the question: “How do metropolitan areas function within the notion of a nation-state?”

And so it went — the Citistates Convergence was off and running.

While I was listening to back-and-forth, I began to feel pretty lucky to have been included on the invite list. 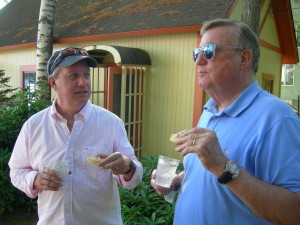 Among the attendees were Don Borut, who retired six months ago as director of the National League of Cities; Tom Downs, former president of AMTRAK who is now chairs the board of METRO — Washington, D.C.’s public transit system; Dick Fleming, recently retired president of the St. Louis Chamber of Commerce (who used to work for Central Atlanta Progress with Dan Sweat); Bill Hudnut, four-term mayor of Indianapolis; Dave Cieslewicz, former mayor of Madison, Wi.; Carol Kachadoorian, senior planner with Toole Design Group; and Bill Dodge, former executive director of the National Association of Regional Councils.

A few core team members include: Farley Peters, who described herself as the “den mother,” has been working with Peirce on Citistates along with Curt Johnson; as well as Mary Newsom, a former journalist who now works in web communications for the University of North Carolina in Charlotte, helps edit Citiwire.net. 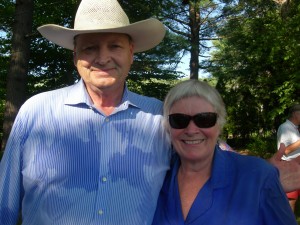 Inevitably the conversation turned to the differences among generations and how that might impact the regions of the future.

Sam “Joe Urban” Newberg, the youngest Citistate associate at the Convergence, introduced me to some exciting trends — tactical urbanism — with the concept of open streets.

As the older Citistate associates worried about how millennials were not entering the normal political channels to impact change, Newberg talked about ways that young people were temporarily transforming their environments — with an ultimate hope of creating lasting change. 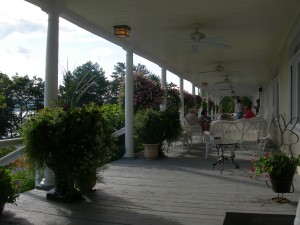 The Inn on Newfound Lake

Newberg also told me to check out the teambetterblock.com website. Again the evidence is overwhelming — change is in the air — it’s just taking place in different ways and in different venues than the ones that we are used to. But what should we expect in an era when we are connected with mobile communications and accustomed instant gratification. Inevitably how we invest our civic time and energy will change.

I found a kindred spirit in Jay Walljasper, who described himself as someone who had misspent his youth as a journalist.

Today Walljasper has been working on a book called: “How to Design Our World for Happiness: A Commons Guide to Placemaking, Public Space and Enjoying a Convivial Life.”

Walljasper has been exploring “On the Commons” — part of our surroundings that belong to all of us — or as Walljasper said “refers to what we share together, including public places, as well as the rich web of human relationships that makes this sharing possible.”

In short, that’s what Citistates Convergence meant to me — being able to share ideas with people who care about the future of our cities and our regions. 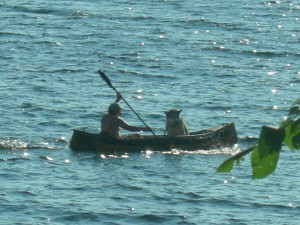 Thanks to Neal Peirce and his team for living up to the mission of Citistates and Citiwire.net — which I’m happy to share with all of you.