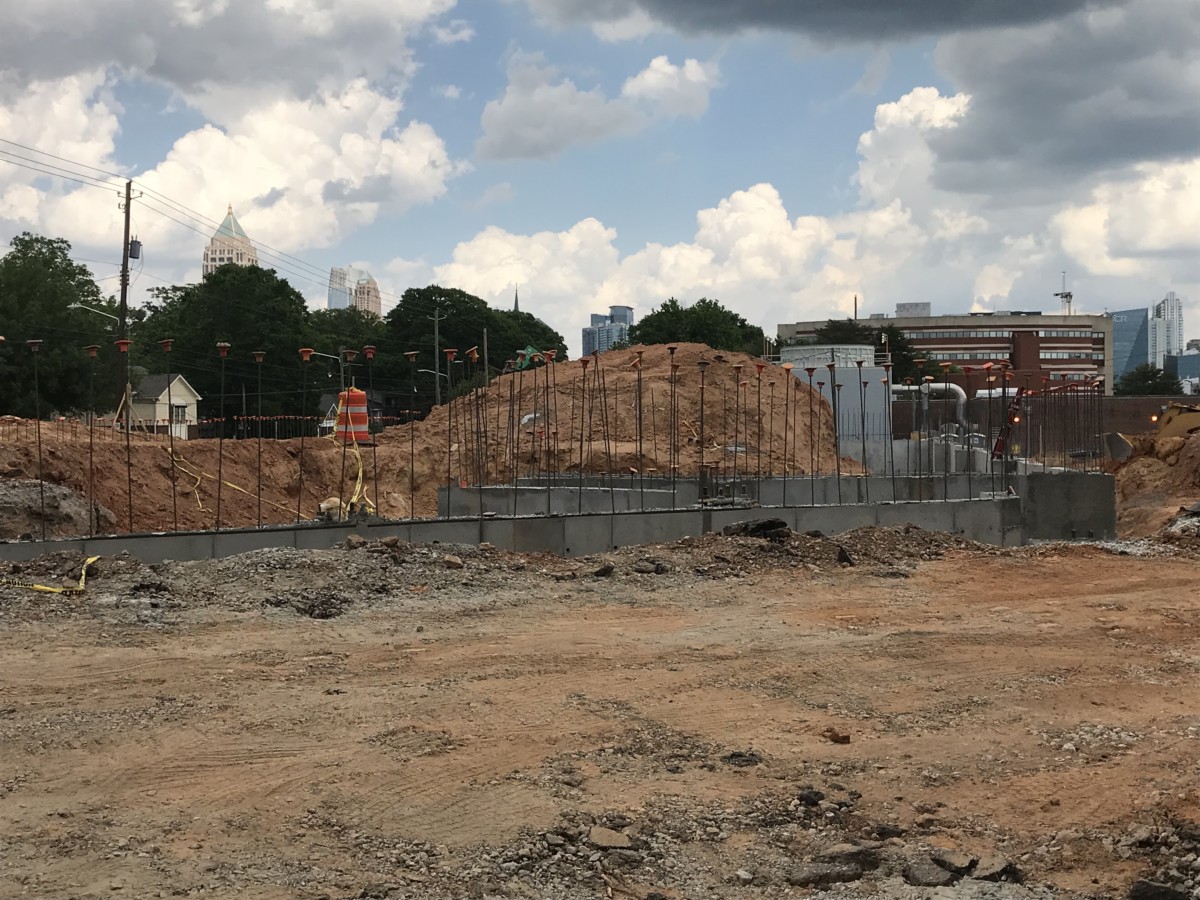 Note to readers: This story has been updated to reflect Tech’s plans to sell no beverages in the new building.

Georgia Tech’s planned police headquarters is designed to comply with a fairly new set of standards that aim to improve the health and wellness of those who spend time inside the building. In at least one instance, the standard is tighter than LEED standards.

Tech has agreed to meet a series of health-related standards set by the WELL Building Standard. They include lighting systems that protect the circadian rhythm, so sleep is less disrupted; interior designs and artwork that calm the mind; and air handing systems that reduce air pollutants and airborne germs, according to a list of WELL standards.

The WELL certification has a different focus from the LEED standards, established by the Green Building Council. The WELL standard on indoor air quality is more stringent than the LEED requirement, according to a May 9 report by Tech. 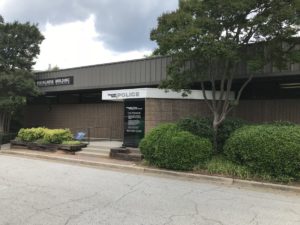 The existing headquarters of Georgia Tech’s police department is to be demolished and replaced with green space as part of Tech’s Eco-Commons project. Credit: David Pendered

The better-known LEED standards focus on, “healthy, highly efficient and cost-saving green buildings,” according to the GBC’s description of its program. WELL standards focus on, “how design, operations and behaviors within the places where we live, work, learn and play can be optimized to advance human health and well-being,” according to WELL’s description of its program.

The WELL Building Standard was launched in October 2014 and already claims to have more 834 projects in 32 countries. Atlanta has one Silver certified WELL project, the office of Holder Construction, with 52,227 square feet, according WELL’s list of certified projects.

WELL founder Paul Scialia spent 18 years on Wall Street, including 10 at Goldman Sachs, before he founded the entity that oversees the WELL standards, the International WELL Building Institute. Scailia serves on the advisory board of the Chopra Foundation, founded by Dr. Deepak Chopra. Scialia also founded Delos, which aims to put, “health and wellness at the center of design, construction, facilities and operations decisions,” according to a report on the company’s website. 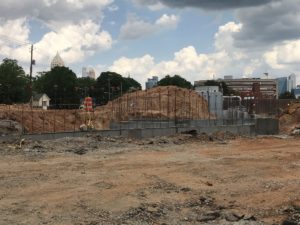 Site work is underway on the northwest edge of Georgia Tech’s campus, where the Campus Safety Building is to be built. It’s to open in spring 2018 at the southeast corner of the intersection of 10th Street and Hemphill Ave. Credit: David Pendered

Tech plans to join the club of WELL-certified buildings with the new Campus Safety Building. Site work is underway, at the southeast corner of the intersection of 10th Street and Hemphill Avenue. Construction is to begin in this summer on the 30,000-square-foot building. The building is to open in the spring of 2019.

Tech’s current police headquarters is located at 879 Hemphill Ave., a short distance south of the future headquarters. It is one of five buildings that house police functions, given that the department has outgrown the existing headquarters.

Once the current police headquarters is demolished, the site will be converted to green space. Tech is developing an Eco-Common, a series of green spaces that are to follow the alignment of now-buried streams. Although the stream cannot be exhumed, the commons is to reclaim echoes of it and help manage storm water runoff. The commons is a system of rain gardens, infiltration cells, bio retention areas and additional trees, according to a 2014 report by Tech. 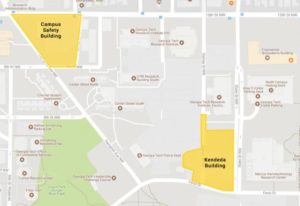 Georgia Tech’s campus is the site of several construction projects, including the Campus Safety Building on the northwest corner of campus and the Kendeda Building toward the southwest corner. Credit: news.gatech.edu