By Guest Columnist JASON EVANS, a local film critic who is a voting member of the Atlanta Film Critics Circle

The Atlanta Jewish Film Festival may sound small and niche but it is a big deal. The AJFF started exactly 20 years ago and has grown into the largest film festival in the state of Georgia and the biggest Jewish film festival in the world. The AJFF features world premieres of domestic and international films and brings in actors, directors, and experts to speak about the movies. Around 40,000 people are expected to attend this year. 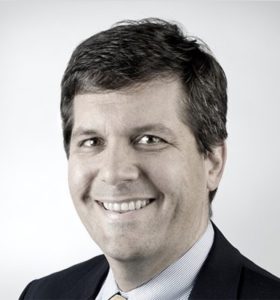 This past year, I was the co-chair of the Film Evaluation Committee, the group of people who watched more than 700 submissions to pick the 64 features and short films that eventually made it into the festival. A movie truly needs to be among the best of the best to get into the AJFF.

For its 20th anniversary, the AJFF has brought in a stellar lineup of films. I think it is the best selection in the festival’s history. The AJFF also expands to new locations in Midtown this year (Landmark Midtown and The Plaza theaters), bringing its movies to a new audience.

So, with all that in mind, here are my picks (in alphabetical order) for the 10 films you should not miss at the 2020 Atlanta Jewish Film Festival.

After Class (narrative) – Starring Justin Long (Dodgeball), Fran Drescher (The Nanny), and Richard Schiff (The West Wing), After Class is a sometimes funny, sometimes very serious look at safe spaces and the #MeToo movement. Long plays a college professor who doesn’t understand what he has done to upset one of his students. He soon finds his career spiraling out of control and his dysfunctional family’s efforts to help only make things worse. This is the kind of film you will want to see with friends because you will definitely want to talk about it when it is over. https://www.ajff.org/film/after-class 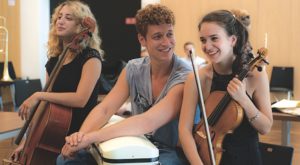 Crescendo (narrative) – The brilliant Austrian actor Peter Simonischek (Toni Erdmann) headlines this story of a world-famous composer who hopes to form an orchestra of young Israeli and Palestinian musicians. But he soon finds that their shared passion for music may not be enough to conquer generations of mistrust and hatred. Featuring characters who feel entirely genuine and a myriad of stirring acting performances, Crescendo shows us how difficult it is to turn an enemy into a friend. https://www.ajff.org/film/crescendo 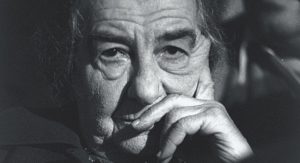 Golda (documentary) – In 1978, retired Israeli Prime Minister Golda Meir sat down for a television interview with two journalists. When the interview was over, Golda let her guard down and continued talking in a revealing conversation rarely seen from a politician. What she did not know is that the cameras were still rolling. Now, more than 40 years later, that never-before-seen interview forms the backbone of a riveting documentary on a politician who was beloved when she rose to power but hated when she left. The film also includes candid interviews with Golda’s children and with staffers who worked alongside the prime minister. It is easily the most compelling look at Israel’s history in this year’s AJFF. https://www.ajff.org/film/golda

The Humorist (narrative) – A slow burn, but well worth it. This Russian-Latvian-Czech film is a revealing story of censorship and tensions behind the Iron Curtain in the 1980s Soviet Union. Boris is a Russian comedian, among the most popular in the land. But, he is also Jewish and knows that his days are numbered if he ever upsets the powers that be. The film moves from one tense scene to another as Boris tries to hide his loathing of the oppressive Soviet government, always fearful that his true feelings will be revealed and he will be sent to the gulag. Though it starts slowly, the film builds to a stunning finish and lead actor Aleksey Agranovich gives what I think is the finest acting performance in the entire 2020 AJFF. https://www.ajff.org/film/humorist 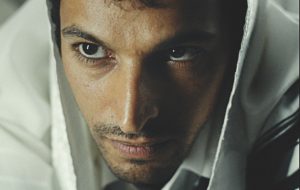 Incitement (narrative) – The Best Picture winner at the Ophir Awards (the Israeli Oscars), you won’t find a more tense or gripping film at the festival than Incitement. It tells the story of the assassination of Prime Minister Yitzhak Rabin through the eyes of Yigal Amir, the radicalized Israeli youth who shot him. The film expertly mixes in archival footage of politicians, religious leaders, and right-wing journalists preaching hatred of Rabin’s peace efforts to show the forces that drove Amir to become a killer. Unsettling, compelling, and revealing, Incitement is not to be missed. https://www.ajff.org/film/incitement 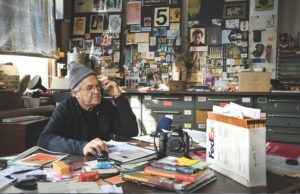 Jay Myself (documentary) – I will freely admit that I tend to like narrative films more than documentaries, but I fell in love with this film about the quirky photographer Jay Maisel. For 50 years, Jay has lived in a six-story, 72-room former bank in downtown Manhattan, filling every inch of it with objects some might call junk but Jay calls inspiration. The building has skyrocketed in value and the property tax bill is out of hand, so Jay needs to move out. But packing away 50 years of slides, negatives and all that “inspiration” is a task that seems impossible. Maisel is one of the greatest photographers in the world and this look at him trying to literally sort through his life is funny, inspiring, and beautiful. https://www.ajff.org/film/jay-myself 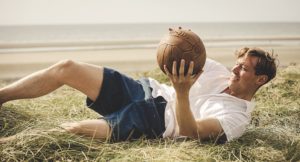 The Keeper (narrative)­ – Bert Trautmann (David Kross of The Reader and War Horse) was a German paratrooper who was captured by English troops during World War II. He had fought for his country, not for the ideals of the hateful Nazis, and when the war ended he wanted to stay in England. The war-weary English wanted nothing to do with this German refugee … until they saw him play their beloved sport of football. Soon, Trautmann’s stunning goaltending is winning games even as he is winning the heart of the daughter of a local football manager. This is the true story of perhaps the greatest goalie in Manchester city history. It is not often that the AJFF presents a story about a heroic Nazi, but The Keeper is both a dramatic romance and a stirring sports triumph. https://www.ajff.org/film/keeper 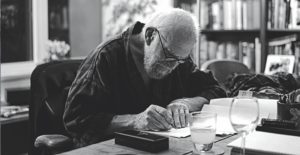 Oliver Sacks: His Own Life (documentary) – The word genius gets tossed around a lot, but Oliver Sacks truly deserves that title. A neurologist with a unique perspective on the way the brain works, Sacks is most famous for his book and the film Awakenings (with Robin Williams and Robert DeNiro). Sacks has always challenged the conventional approach and does that once again when he is diagnosed with inoperable liver cancer. He chooses to spend his final months writing his autobiography and making a film about his life. The end result is a picture filled with grace and wisdom as we all mourn the loss of a special human being. https://www.ajff.org/film/oliver-sacks-his-own-life 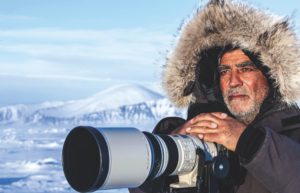 Picture of His Life (documentary) – Yes, there are two documentaries about remarkable photographers that you must see this year! You won’t watch a more visually arresting film at the festival than this celebration of underwater photographer Amos Nachoum. Amos has taken close up pictures of great white sharks, crocodiles, and killer whales. But one giant seagoing creature has eluded him, the polar bear. With global warming making polar bears more and more scarce, Amos fears he will never get a picture of these beasts hunting in the water. Oh, and it is worth noting that to take a picture of a polar bear hunting for a meal, Amos may end up becoming the meal himself. Picture of His Life is gripping and beautiful with an important message about our changing world. https://www.ajff.org/film/picture-his-life

Those Who Remained (narrative) – The most compelling film to deal with the Holocaust in this year’s festival is this Hungarian picture that examines the scars left on the survivors. Middle-aged doctor, Aldo, is a concentration camp survivor who lost his wife and two sons to the Nazis. He is a broken man, merely going through the motions, when he meets fiery 16-year-old Klara, a fellow survivor who refuses to believe that her family is dead. The two develop a bond as they realize that life, “is harder for us than those who left.” But, it all begins to unravel when a schoolteacher sees them and assumes Aldo is more than a surrogate father to the young girl. Anchored by a pair of superb performances, Those Who Remained is an emotional look at two tortured souls trying to find their way back to a human connection. https://www.ajff.org/film/those-who-remained

Note to readers: Jason Evans’ reviews and commentary have appeared on CNN, 680 The Fan, Star 94, and in The Wall Street Journal Online. You can read his 100-word reviews of popular movies at Flixchat.blogspot.com