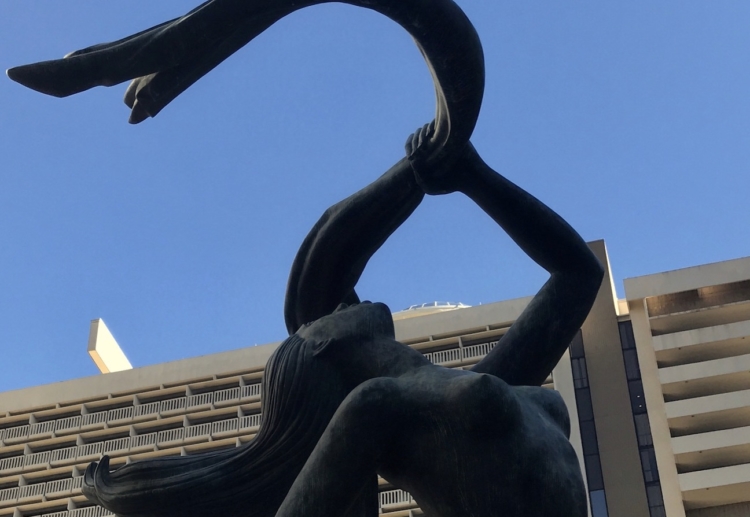 The experience of traveling through portions of Downtown Atlanta and taking in its iconic sights will be altered by the city's intent to convert Baker Street, and possibly others, from one-way to two-way streets. Credit: Kelly Jordan

By Guest Columnist JACKSON FAW, a writer, actor and activist based in Atlanta

On July 1, against promises made to downtown Atlanta hotels and businesses that oppose the plan, the Atlanta City Council rushed a vote to begin eliminating the city’s only downtown streets designed to move large volumes of traffic quickly – because these streets move large volumes of traffic quickly; and because new downtown residents want to reduce the flow of cars in their neighborhood, which happens to be in the center of one of the larger cities in America. 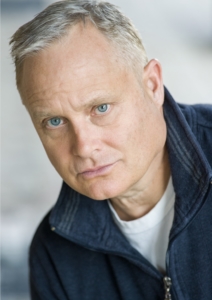 Baker Street is the first of several major throughways slated for conversion from one-way to two-way, paving the way for the demise of the rest of the city’s workhorse streets.

Why is Atlanta losing its only streets that provide a prayer of avoiding bumper-to-bumper gridlock? Because the plan’s supporters insist that an unequivocal choice exists: Broad, one-way streets that get people in and out of the city quickly, or a two-way traffic plan for the future.

If the city council wants to close the streets of Atlanta to traffic – then do it. Have a bold vision. Impose a toll on cars downtown, like London’s “congestion tax.” Or join 15 cities that are banning cars entirely – on its first day, Madrid successfully cut traffic by a third.

This sort of plan could create a city center where Atlanta’s empty streetcar, the Black Pearl (it’s full of ghosts), could actually have passengers.

But leaders are turning downtown Atlanta into (even more of) a parking lot, for the sake of gentrification.

Bill Torpy, a columnist with the Atlanta Journal-Constitution, in a recent story cited a study of one-way street conversions in six cities, reported by urban studies author Richard Florida.

“Street conversions led to an increase in jobs in just two of the six [cities],” Florida observed. The others saw drops in jobs. “In most places, two-way streets… go hand in hand with the broader process of neighborhood upgrading and gentrification,” Florida concluded.

If speed is the issue, then the problem is enforcement – the only topic with more attention at meetings of the council’s Transportation Committee. Zero enforcement of scooters (tears were shed by a woman who said she can no longer enjoy the Atlanta BeltLine because of illegal scooters); zero enforcement of speeding in neighborhoods (even more tears.) 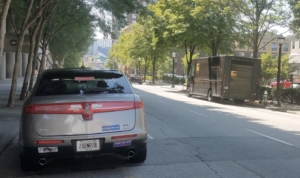 Baker Street provides no turn lanes, no bike lanes, no parallel parking. The upcoming conversion from one-way to two-way traffic doesn’t call for the installation of bike lanes that also could serve scooters. Credit: Jackson Faw

I’m a professional driver with 3,000-plus Uber rides. I drive thousands of miles a week on the streets of Atlanta. Baker Street is my only prayer for getting people to downtown events. The night before the Super Bowl, it took an hour-and-a-half to get from the connector to the Omni to pick up regular customers. After an Atlanta United game or Beyonce concert, it takes 45 minutes to get folks from one side of Mercedes-Benz Stadium to their hotel a block away.

This is what visitors to Atlanta remember – and talk to their friends about when they go back home.

AMLI is Atlanta’s largest builder and manager of apartments; AMLI’s CEO says that 2-way conversions next to their properties have been “disastrous” and make their properties less accessible.

A joint letter from the three major downtown hotels, the Hilton, Hyatt and Marriott Marquis, begged the city for more time and input:

Despite a promise to hold the discussions until July and not vote on Baker Street at the June 26th transportation meeting, the bill passed and was moved to the full Atlanta City Council on a holiday week, where it passed 11–4. 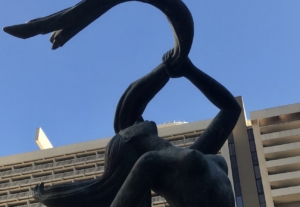 The experience of traveling through portions of Downtown Atlanta and taking in its iconic sights will be altered by the city’s intent to convert Baker Street, and possibly others, from one-way to two-way streets. Credit: Kelly Jordan

On a recent Saturday night in Downtown Atlanta, with passengers in my car, we witnessed a car making a left turn slam on its brakes just before hitting a scooter. The scooter fell; the rider picked it up and left.

I avoid one Atlanta street more than I do my accountant: Peachtree Street. Which is what Baker Street will become when it’s two-way. Peachtree at 4 p.m. or after a show at the Fox Theatre is the perfect traffic storm: A four-lane two-way street, with no turn lane and no bike lanes. Add an Uber dropping off in the right lane and somebody making a left in the left lane and you’re screwed. It’s like trying to drive in Buckhead on Saturday.

What’s missing from the Baker Street two-way conversion? Bike lanes. Lanes for scooters that the City of Atlanta says are not allowed to be on the sidewalks, but are.

Karen Bremer, a resident at 260 Baker Street, has to get an escort to exit her building in the mornings because of delivery vehicles and buses; Converting the street to two-way will make it worse.

Around the corner from Baker is John Portman Boulevard, which looks like a street from the future (or another city.) This is what Atlanta’s streets should look like: A one-way street with a dedicated, curbed bike lane, two lanes of moving traffic, and a lane left over for delivery trucks and illegal Uber drop-offs.

At the June 26th meeting, Keane made a plea for converting the one-way streets, the central premise of which was: One-way streets are “not good.” 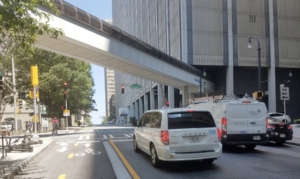 John Portman Boulevard provides dedicated bikes lanes with a curb, two lanes of traffic and a lane left over for vehicles to stop for short times. Credit: Jackson Faw

Keane described a modern two-way utopia where people and cyclists move hand-in-hand (he didn’t mention the scooters.) He said of Atlanta’s old-fashioned one-way streets, “It’s like you’re going faster, but you’re getting there slower,” without providing any examples or science on how going faster on a one-way street gets you there slower than going slower on a two-way street. Probably because there aren’t any and there is none.

Downtown residents want to keep cars out of their neighborhood. And I want to put a cul-de-sac on my street and stop the people flying around the corner on two wheels – and that’s just the MARTA buses and police.

But Baker Street belongs to all of us. To the tens of thousands of people who work downtown and the 60 million people who visit Atlanta every year.

Baker Street sets the table for streets like West Peachtree and Spring streets, which carry tens of thousands of cars efficiently through Atlanta every day and keep Atlanta’s traffic nightmare from being even worse. As Transportation Committee Chairman Andre Dickens observed: If all the studies and experts say the impact of a two-way conversion is neutral, why are we spending our time and the taxpayer’s money for something that won’t change anything?

Or make it worse.

Note to readers: Jackson Faw worked on the campaigns of gubernatorial candidate Stacey Abrams and U.S. Sen. Doug Jones (D-Ala.). He plans to run for U.S. Senate in 2020, with a platform to keep Daylight Savings Time year-round. Jackson swam from Alcatraz to San Francisco in 2015. Follow him on IMDb, Facebook, Twitter and Instagram.