The Drawdown Georgia research team has released its first study and results are stunning. Georgia could reduce climate-warming carbon emissions by 50% by applying known solutions in a holistic fashion. 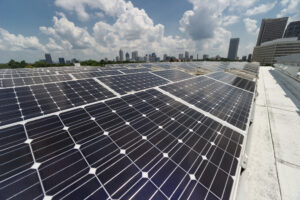 Georgia could curb carbon emissions by 50% in 2030, compared to 2005 levels, if the state adopted 20 solutions previously identified by Drawdown Georgia scientists. This is according to the abstract of the research article published July 26, “A framework for localizing global climate solutions and their carbon reduction potential.”

One significant aspect of the model is that it could be adapted to fit other states, counties and even cities. Previously, solutions at a subnational level were difficult to assess because data is at the global or national levels. The new model localizes the framework of abatement plans that exist on a larger geography, according to the abstract of the peer-reviewed article, published by the Proceedings of the National Academy of Sciences.

These big-picture data sets exist as the backbone of the Paris Agreement, the international treaty on climate change adopted in 2015. Each nation is to establish a Nationally Determined Contribution to reduce global warming, and each NDC is based on a national data set. The next round of climate discussions is set to begin Oct. 31 in Glasgow. The U.S. intends to send John Kerry, President Biden’s special presidential envoy for climate, whose prepared remarks July 20 in London said the U.S. has rejoined the climate change discussion: 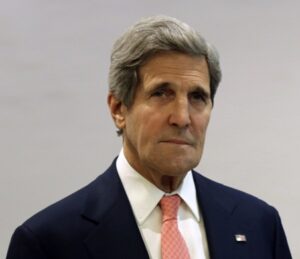 Brown observed in a statement: 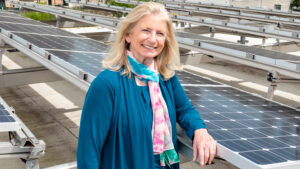 The roadmap is described on a portal as “aspirational, but also realistic. And it is attentive to the needs of Georgia’s resource-constrained communities.” The research portal displays research papers, past and present. The main website provides information about the project and includes a call to action.

Drawdown Georgia was established in October 2020 with a mission of, “Reducing Georgia’s carbon footprint in beneficial and equitable ways.” To an earlier working group of academic partners, including Brown, it has added influencers including the Rev. Gerald Durley; Roy Richards, of Southwire; Nathaniel Smith, of Partnership for Southern Equity; and Katharine Wilkinson, of The All We Can Save Project. 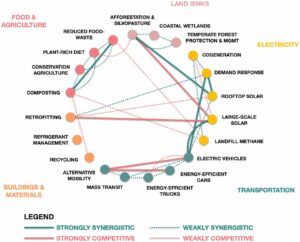 In addition to Brown’s comment about trailblazers, she offered this optimistic outlook in her statement:

Brown’s second point is addressed partly in the holistic, or synergetic, approach. For a carbon reduction plan to work, it has to fulfill multiple objectives. 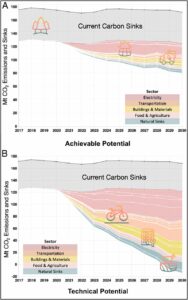 This starts with simply adding up carbon reductions achieved by means such as electric vehicles, sustainable buildings, reduced food waste and so forth. The analysis compiles each of these measures and considers how one saving may offset another. Then other considerations have to be added, including concerns of society and equity.

Electric vehicles are one example cited in the abstract.

Charging EVs with power produced by coal-burning power plants won’t reduce overall carbon emissions. Charging EVs with solar power is a step in the right direction. But more can be done, in order to have a social as well as environmental impact: